BEIJING, March 28, 2021 /PRNewswire/ -- iQIYI Inc. (NASDAQ: IQ) ("iQIYI" or the "Company"), an innovative, market-leading online entertainment service in China, announced that THE9, a Chinese girl group formed by the top nine members of season two of iQIYI's hit reality talent show "Youth with You", holds its debut "X-City" extended reality (XR) concert on March 26 and March 27, 2021, on its streaming platform. The concert was an audio-visual feast backed by XR technologies that allowed for a high level of immersion and real-time interaction between THE9 and their fans. 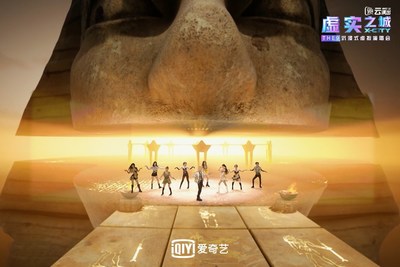 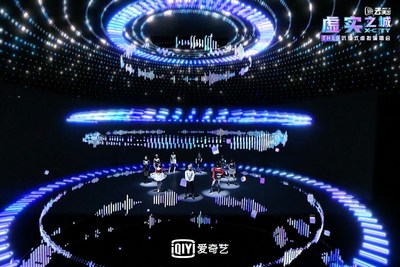 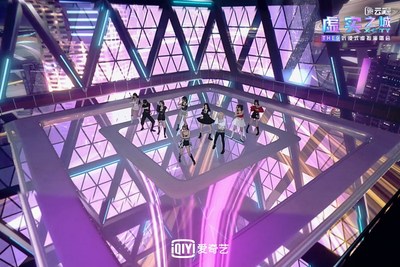 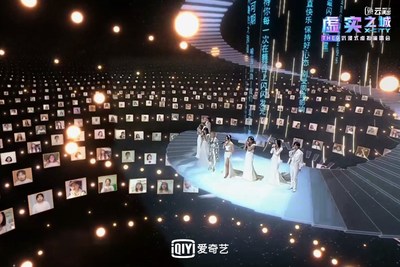 The concert was an immediate success and has already sparked heated discussions amongst fans. "XR performance is so exciting", "Now I know how creative a concert can be", and "It feels like a concert from the future", were some of the comments made by the audience during the show.

iQIYI is world's first company to deliver an extended reality (XR) live concert on cinematic class LED stage with photorealistic virtual production. With substantial investment of over 100 million RMB from the Company, film-quality visual effects, technology, and interaction, the live-streamed concert was a huge success. By combining cutting-edge technologies, well-designed interactive activities, high-quality content, and a great performance, an irreproducible and futuristic experience was created.

Dozens of stage settings break the limits of time and space, creating an immersive XR-enabled show that exceeded the imagination

The concert's stage art design, visual effects, and innovative performances were all world-class. The stage performance deployed XR technology throughout the whole show, transporting viewers to the "X-CITY" designed for THE9. Each song was accompanied by its own unique setting, including stones being swept along the stage during "SphinX", a fantastic abstract space shown during "Not Me", and a colourful tropical rain forest for "Hunt".

Three XR virtual cameras and film production equipment deployed for the concert enabled a perfect mix of the real and the virtual. Viewers were able to switch among 10 camera angles to get a closer view of the performers and create a totally immersive experience. During the show, THE9 performed all of the songs from their albums "X Mirror of Virtual Reality" and "Sphynx X Mystery", either as a group or individually.

Through the use of advanced technologies, the Company innovated the interactive experience between idols and fans to create one of the most memorable virtual events of all time. Features such as virtual seating, virtual queues, virtual glowsticks, and invitations for attendees to get "on stage" all contributed to the construction of a highly interactive experience. The concert was a spectacular audio-visual experience that enhanced the emotional connection between idols and fans, rivaling similar events held by international superstars.

Before the show commenced, a giant LED screen was used to show the attendees' avatars virtually taking their 'seats'. This built anticipation and made it feel like a real concert, increasing the sense of real-time participation greatly. During the concert, real-time 'bullet-screen' comments were projected to produce a 3D light halo surrounding the nine girls. Attendees waved their virtual glowsticks at home, their movements were transferred in real-time to the concert. The color of the glowsticks would also change in sync with the songs, enhancing the bond between the idols and their fans.

In addition to THE9's performance, iQIYI also surprised fans with the announcement of two THE9-related games at the concert, "Test the Tacit" and "KTV Carnival". The two games, which were both chosen by fans via a vote, delivered a surprise gift to fans. The show invited 300 viewers to interact with THE9 online, with fans participating in a range of other activities that helped them learn more about the group's members.

Technology is redefining entertainment and re-building the bond between performers and their audiences. iQIYI has long invested in technologies that allow it to launch products that capture future trends. In the years ahead, the Company will continue to use technology to uncover the needs of users, so as to provide more cutting-edge and diverse experiences. By combining innovative tech and high-quality content, iQIYI will continue to create greater business value, building a bigger stage for the next generation of entertainment.

iQIYI Announces Changes to Board Composition...