BEIJING, Aug. 15, 2018 /PRNewswire/ -- iQIYI Inc. (NASDAQ: IQ) ("iQIYI" or the "Company"), an innovative market-leading online entertainment service in China, has announced the latest shared revenue figures for online movies on the iQIYI platform. The figures show that as of July 31st, each of the 14 online movies on the iQIYI platform has achieved a total shared revenue of over 10 million RMB in 2018, representing an increase of 133% compared with the same period last year. 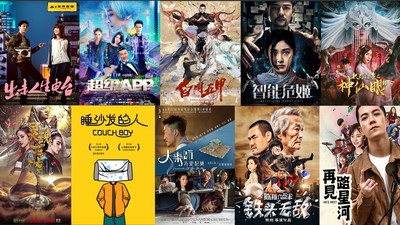 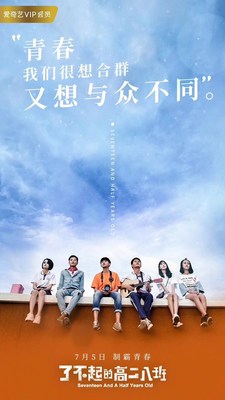 iQIYI's revenue sharing model for online movies incentivizes producers to make content of the highest quality. Just as with movies distributed in the traditional way through cinemas, the effective number of views received by a movie on the online platform directly affects the total amount of shared revenue it receives. iQIYI co-operates with producers in content, marketing and advertising. The proportion of shared revenue received by production companies is determined by number of factors, including a measure of the content's quality, which is judged by a specialist panel within iQIYI.

Data collected from online movies allows production companies to target their content towards different social groups, aiming movies at different ages and genders. "Seventeen and a Half Years Old", a teen movie which broke into the top three highest grossing movies on the iQIYI platform this month, had a male-female viewer ratio of 6:4, a rarity in a genre generally favored by female viewers. The movie tells the story of a male high school student who sets out to film a campus horror movie, and was produced by iQIYI in partnership with UniTalent Pictures and CFDG.

The online film industry also provides an ideal venue for mid to low budget films, allowing them to reach new audiences and generate exceptionally high levels of return on investment. "Chen Xiang at Six Thirty: Stop Your Nonsense", a movie released last year on the iQIYI platform, had a very limited production budget, but earned over 13 million in total shared revenue, becoming the fifth highest grossing online movie on the iQIYI platform in 2017. The film's sequel, "Chen Xiang at Six Thirty: Unbeatable Iron Head," which was released this year, earned its production costs back within just 8 hours of release on the iQIYI platform, taking over 25 million RMB in shared revenue in the first month and achieving a 833% return on investment.

"iQIYI was one of the first companies to see the potential in China's online movie industry, and our continued leading position in online film is a reflection of this," said Yang Xianghua, Senior Vice President at iQIYI. "The online movie industry is still in its infancy, but as viewing preferences change in the digital age, it is clear that developments in this area are sure to have significant ramifications for the film industry as a whole."