LYNCHBURG, Tenn., June 6, 2018 /PRNewswire/ -- Jack Daniel's Country Cocktails will unveil the first-ever projection mapping showtruck during the LA Pride Festival in West Hollywood on June 9 and 10. The mobile interactive art project, titled "#flavorsofpride", will feature a 3-minute video show that celebrates the LGBTQ community's increasing diversity across genders, ethnicities, sexualities, religions and generations. Festival guests will also be invited to be part of the show by having their faces captured and integrated into the visual content. For those unable to attend LA Pride, Jack Daniel's Country Cocktails encourages supporters to celebrate LGBTQ diversity on social media by sharing their photos and stories using #flavorsofpride. 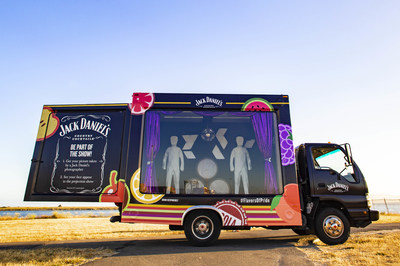 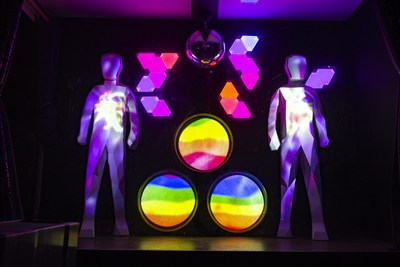 Projection mapping technology is a new art that takes ordinary objects and transforms them into visual experiences. The technique dates back to the late 1990s, where it was referred to as video mapping, spatial augmented reality, or shader lamps.

The #flavorsofpride projection mapping show will utilize two 3D-printed polygonal mannequins and three of Jack Daniel's signature wooden barrels as its primary canvases. These display surfaces have been custom-mapped to take viewers on a colorful journey that honors individuality and the modern LGBTQ experience. For the soundtrack, Jack Daniel's Country Cocktails has teamed up with LGBTQ singer/actress Mikalah Gordon (American Idol), to feature her latest single, "Cry Love".

"Celebrating individualism and living life on your own terms are hallmarks of the Jack Daniel's legacy, which are also embodied by the mission of LA Pride," said Fabricia da Silva, Brown-Forman Corp. Multicultural Field Marketing Manager. "As a first-time sponsor, we wanted to create something out of the ordinary that demonstrated our commitment to the LGBTQ community. We were inspired by the incredible diversity represented in the LGBTQ experience, which is colorfully represented through our #flavorsofpride project."

"We're honored to have Jack Daniel's as an official sponsor of 2018 LA Pride and be the site of their #flavorsofpride launch," said Estevan Montemayor, CSW / LA Pride Board President.  "Both their sponsorship and their show truck will enhance this year's LA Pride Festival which features a diverse array of musical artists, including a number of gay, lesbian, bisexual, and transgender performers across three stages."

For more Jack Daniel's Country Cocktails news and updates visit JackDaniels.com/Country-Cocktails or like the brand on Facebook (Facebook.com/JDCountryCocktails).

About Christopher Street West (CSW) & LA PrideChristopher Street West (CSW), a 501(c)3 non-profit, organized the world's first permitted parade advocating for gay rights on June 28, 1970, as a response to and in commemoration of the Stonewall Rebellion on Christopher Street in New York City the year prior. Since then, we have built a rich history as an active voice for the LGBTQ+ community across the Greater Los Angeles metropolitan area. Today, we continue to produce the globally-recognized LA Pride Parade and Festival every June in the City of West Hollywood. We also organize a number of events throughout the year with our non-profit, philanthropic, community, and corporate partners. Visit lapride.org for more information.