LOS ANGELES, Nov. 17, 2020 /PRNewswire/ -- Upcoming interactive streaming series "Going Public" will chronicle a diverse group of company founders on their drama-filled journeys to gain the attention of investors and ultimately achieve a Nasdaq listing. Jaime Schmidt, who took Schmidt's Naturals from her kitchen table to acquisition by Unilever in just a few years, will join host Lauren Simmons, the youngest-ever female trader on the New York Stock Exchange, and other prolific business leaders as they "lift the curtain" and help educate the entrepreneurs and viewers on the process behind taking a company public.

"We are beyond excited that Jaime will be sharing her business acumen with the diverse entrepreneurs on 'Going Public'," said Todd Goldberg, Co-CEO of fintech firm Crush Capital, which created the series. "Jaime is a truly inspiring leader and shares our commitment to opening up new avenues for raising capital, so all founders have a fair chance to succeed and achieve their dreams."

"I'm thrilled to be part of a show that shares my commitment to expanding support for entrepreneurs, particularly those who have lacked access to traditional funding sources and networks," said Schmidt. "'Going Public' is not only groundbreaking but comes at a crucial time when the pandemic has hit founders hard."

In September, Schmidt released her first book, "Supermaker: Crafting Business on Your Own Terms," a guide to turning passions into profit. She also supports founders from underrepresented groups through her investment portfolio, Color, and the Entrepreneurial Dream Project, a grant fund and mentorship program for early-stage entrepreneurs impacted by the pandemic.

As a mentor on "Going Public," Jaime will inspire and guide the show's entrepreneurs as they head out on a roadshow to try to land investors. In a streaming-show first, viewers will be able to invest in any of the featured companies through a Regulation A+ IPO using an associated online platform. Schmidt will also reveal whether she will personally invest in any of the businesses during the series.

After starting Schmidt's Naturals as a passion project in 2010, Schmidt grew the company into a major brand carried by retailers such as Target, Whole Foods and Walmart in 30 countries. One of the first companies to bring natural personal care products into the mainstream, Schmidt's Naturals became a Unilever subsidiary in 2017. Schmidt continues to work with the brand today.

Emmy-nominated studio INE Entertainment, founded by Eric Day and Mark Koops, whose credits include "MasterChef," "The Biggest Loser" and "Be Our Chef," is producing the 10-part series. ROTH Capital Partners, an investment banking firm, will conduct due diligence as well as price and underwrite the deals.

Season 1 will debut in mid-2021 to Entrepreneur.com's digital audience of 14 million. It will also be available on smart TVs and app-enabled devices through Facebook Watch, YouTube, Apple TV, Amazon Fire TV and Roku.

About Jaime SchmidtJaime Schmidt is the founder of Schmidt's Naturals, a global brand of natural personal care products that she started in her kitchen in Portland, Ore., in 2010. Under her leadership, Schmidt's grew into a household name and was acquired in 2017 by Unilever. Schmidt is also the co-founder of Color, an investment portfolio that supports diverse founders, and the Entrepreneurial Dream Project, which supports early-stage entrepreneurs impacted by the economic challenges of 2020. She released her first book, "Supermaker: Crafting Business on Your Own Terms," in September.

Schmidt is an inaugural member of the Inc. Founders Project and has also been included in the Inc. Female Founders 100 and Create & Cultivate 100 lists. Schmidt has also been recognized as one of the 100 Most Intriguing Entrepreneurs (Goldman Sachs, 2017 & 2018) a PNW Entrepreneur of the Year (Ernst & Young, 2017), Women of Influence (Portland Business Journal, 2018) and Executive of the Year (Portland Business Journal, 2017). 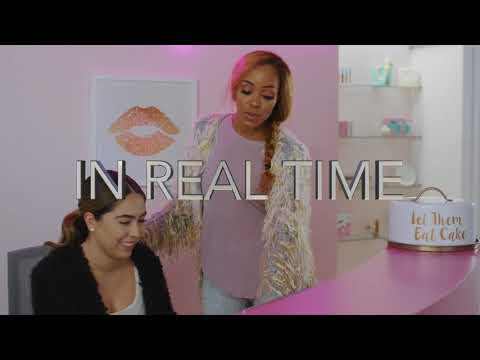