ATLANTA, Sept. 30, 2019 /PRNewswire/ -- The James M. Cox Foundation announced a $6 million grant to support Atlanta's PATH Foundation. This grant will go toward PATH's "Mile 300" campaign, which will result in the completion of its 300th mile of trail by the organization's 30th anniversary in 2021. 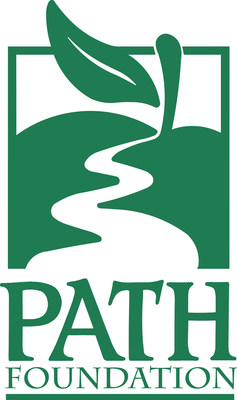 The key component of this campaign is connecting one of PATH's most used and beloved trails, the Silver Comet, directly to downtown Atlanta. This connection will offer trail users a direct route to the heart of the city. The Silver Comet Trail is currently 94.5 miles long, spanning from north Atlanta all the way to Anniston, Ala., and this addition will make it the longest paved trail in the U.S. at 105.2 miles.

The Silver Comet extension will also become a critical link to the Atlanta BeltLine on the Westside, serving as the connector between downtown and the BeltLine trail near the future Westside Park at Bellwood Quarry. From the BeltLine's earliest days, PATH has worked alongside the City of Atlanta and Atlanta BeltLine, Inc. to strengthen Atlanta's trail network and bring greater connectivity to neighborhoods throughout the city.

In its 27-year history, PATH has developed more than 280 miles of trail for commuting and recreating, which have helped Atlanta join the ranks of the top pedestrian and bike trail cities in the country.  Since PATH's inception, the James M. Cox Foundation has been its largest private donor.

"We have supported PATH all these years because we have seen how PATH trails make Atlanta a better place for everyone to live. They improve our quality of life, encourage healthy lifestyles and get people outside connecting with each other and our city," said Jim Kennedy, Chairman of Cox Enterprises, who is serving as chair for the "Mile 300" campaign and has chaired each of the previous capital campaigns.

"Year-after-year, Cox has supported our efforts to make Atlanta a greener, healthier and more connected city." said Ed McBrayer, executive director of the PATH Foundation.  "We can't do what we do without this type of unwavering support."

PATH continues to share expertise in trail planning and implementation with other municipalities, including the Carrolton Greenbelt, Newnan's LINC system and Clayton County. PATH sets the example of how trails connecting commercial areas and key points of interest with neighborhoods can create opportunities for people to connect with one another, resulting in a greener, healthier and safer city.

About The James M. Cox Foundation  The James M. Cox Foundation is named in honor of Cox Enterprises' founder and provides funding for capital campaigns and special projects in communities where the company operates. James M. Cox was Ohio's first three-term governor and the 1920 Democratic nominee for president of the United States. The Foundation concentrates its community support in several areas including: conservation and environment; early childhood education; empowering families and individuals for success; and health.