LOS ANGELES, July 16, 2020 /PRNewswire/ -- In celebration of National Hemp Month, Uncle Bud's, the Made in America, mass market leader in Hemp and CBD, has released behind-the-scenes footage from its first campaign shoot with Jane Fonda, the brand's newest ambassador. This release is in addition to the official imagery having been revealed earlier this week. 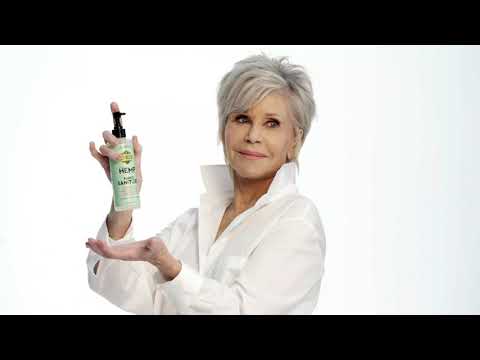 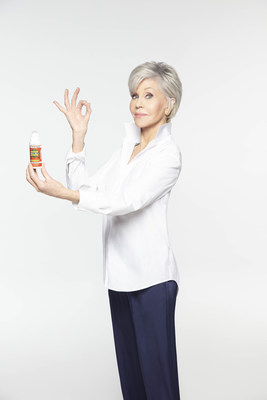 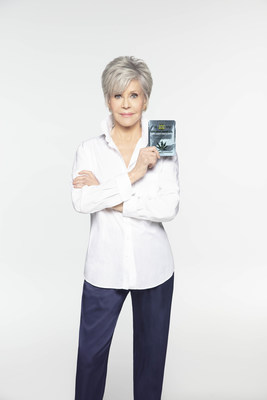 The "I'm FONDA Hemp and CBD" campaign was shot by acclaimed photographer John Russo with styling by Cristina Ehrlich, who is named one of the top 25 most powerful stylists by The Hollywood Reporter, the campaign features two-time Academy Award-winning actress, author, activist, and fitness guru Jane Fonda, who was playfully captured with her go-to products from Uncle Bud's Hemp & CBD.

The hero campaign image is a compilation of seven Fondas holding a different Uncle Bud's product. The assortment includes the glow-inducing Hemp Enzyme Face Mask, the powerful and fast-acting CBD Body Revive Gel, the moisturizing and indulgent Hemp Body Lotion, the timely and in-demand cult favorite Hemp Hand Sanitizer, the original and hero product, The Hemp Topical Pain Relief, its counterpart The Hemp Roll-On Pain Relief, and the healing, digital age must-have, The Hemp Blue Light Face Mask. The eye-catching shot will live alongside the slogan "I'm FONDA Hemp and CBD" on a prominent billboard in Times Square and be used in the brand's digital reach this quarter.

With the partnership kicking off during the pandemic, Uncle Bud's, an innovative leader in the Hemp and CBD space was inspired to get creative in working with Fonda to release the collaboration. In lieu of a traditional photoshoot, Fonda was announced as the brand's newest ambassador in May by way of a lighthearted video created by Fonda and shared on her personal social media accounts. The video was a fun play on TikTok's viral 'pass the brush' challenge, and the partnership has lived on social channels until now.

In early June, the campaign came to life on set in Los Angeles, with Uncle Bud's, Fonda and all parties taking utmost precaution in a safe and mindfully orchestrated socially distanced photoshoot.

Jane Highlighted some of her favorite products from the set:

"This [the Hemp Roll-On Pain Relief] is my go-to for aches and pains. Just roll it on and go. No mess, no stiffness, no BS…I gave this blue light face mask to a good friend of mine. It protects your skin from harmful blue light that emits from your computer or phone. It's terrific. So, if you happen to know 'someone' who spends too much time online, get this mask."

"We are excited to be able to celebrate National Hemp Month with the release of the 'I'm FONDA Hemp & CBD' campaign," said Garrett Greller, Co-Founder of Uncle Bud's Hemp & CBD. "With COVID-19, this partnership took a different course to start but it's allowed the brand's innovation to shine through. The playful imagery is the perfect fusion of Jane Fonda's personality and Uncle Bud's product."

ABOUT UNCLE BUD'S HEMP & CBD:Officially launching in September 2018 with one hero product, Uncle Bud's Hemp & CBD has experienced unequivocal growth. In less than two years, the brand has grown to now include over 72 Hemp & CBD products powered by the proprietary formula, CANATREX™, retailed in more than 15,000 stores nationally, and the company has continued to out-perform its Q1 and Q2 2020 projections amidst the coronavirus pandemic. As a leader in the Hemp and CBD space, Uncle Bud's takes pride in being Made in America, GMO Free, Cruelty Free and Leaping Bunny Certified. The full range includes Hemp & CBD products for skincare, personal care, and even pet care – all retailing under $30.

ABOUT JANE FONDA:Jane Fonda is a two-time Academy Award-winning actress (Best Actress in 1971 for Klute and in 1978 for Coming Home), author, activist, and fitness guru. Her career has spanned over 50 years, accumulating an extensive body of film work and crucial work on behalf of political causes such as women's rights, Native Americans, and the environment. She is a three-time Golden Globe winner, Honorary Palme d'Or honoree, 2014 AFI Life Achievement Award winner, and the 2019 recipient of the Stanley Kubrick Excellence in Film Award as part of BAFTA's Britannia Awards. Fonda will next be seen in the seventh and final season of Grace & Frankie and other past credits include the comedy Book Club for Paramount and the Emmy-nominated HBO documentary Jane Fonda in Five Acts, which chronicles her life and activism. Currently, she is leading the charge on Fire Drill Fridays, a national movement to protest government inaction on climate change. In September, Fonda will release her book What Can I Do? My Path from Climate Despair to Action through Penguin Random House about the looming disaster of climate change and the tools we need to join her in protest.