NEW YORK, April 27, 2018 /PRNewswire-USNewswire/ -- Glasswing International, a nonprofit organization that gives children access to quality education and safe spaces in some of the most challenging circumstances, celebrated its fourth annual benefit gala in New York City last night, raising a record-breaking $675,000 for the organization. 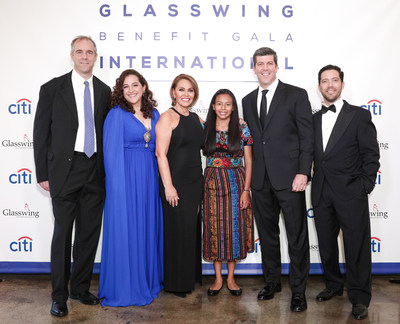 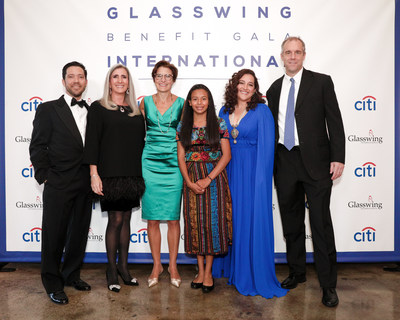 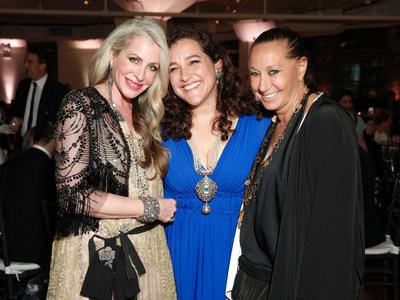 Special guest independent journalist and producer Maria Elena Salinas delivered opening remarks at the gala which honored Jane Fraser, CEO of Citi Latin America for Citi's and Citi Foundation's notable work with the organization on the Pathways to Progress initiative in El Salvador, Guatemala, Honduras, Nicaragua, Costa Rica, and Panama. At the event, Jane announced the Citi Foundation's commitment of $1 million to continue programming with the nonprofit.

"In our work, we see kids facing seemingly insurmountable challenges on a daily basis. The potential of this young and resilient generation is being thwarted by external factors such as conflict and a lack of opportunity. When kids are given access to quality education, safe spaces, mentorship, and a community that believes in them, we can unlock their potential and really transform lives," said Glasswing co-founder Celina de Sola, who, earlier this month, was selected to join the inaugural Obama Foundation Fellowship class – a group of 20 civic innovators from around the world who were selected from a pool of over 20,000 applicants from 191 countries, as she addressed the crowd on Thursday night. Over 300 business leaders, social figures, and diplomats were greeted by Glasswing co-founders Celina de Sola, Ken Baker, and Diego de Sola, gala co-chairs Carmen Busquets, Jana Pasquel de Shapiro, Olivier Sarkozy, and Chris Varelas, and Glasswing Ambassador Fernando Palomo.

The crowd was also addressed by Ana, a 17-year-old Glasswing student currently enrolled in the Youth L.E.A.D. (Leadership, Entrepreneurship, and Development) program, supported by the Citi Foundation. She spoke about her own experience as a young adult in Guatemala and how her future changed once she joined the program which helped her to become an entrepreneur. "Through the program, I learned how to run my own business and how to budget. I now know how much I should earn based on what I produce. I am no longer shy, I am no longer insecure, I am no longer afraid to look for opportunities, and I have learned to be confident in my decisions," she said.

Funds raised during the fund-a-need auction will be directed to Glasswing's education and health programs to help empower youth, like Ana, and their communities.

ABOUT GLASSWING INTERNATIONAL Glasswing International is a non-profit organization that empowers individuals to addresses the root causes of poverty and violence in their communities through education and health programs. Its cross-sector approach creates partnerships with international and local governments, businesses, NGOs, and civil society. Since its formation, Glasswing International has impacted the lives of over 850,000 individuals in Latin America, the Caribbean, and the United States. For more information, please visit www.glasswing.org.