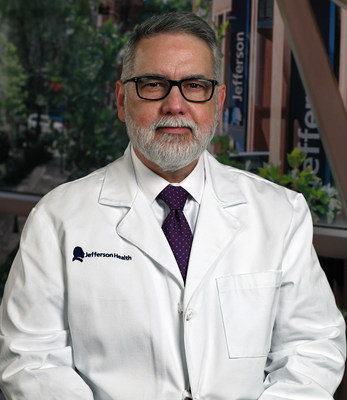 "Dr. Roman's combination of leadership and pulmonary expertise makes him an excellent choice to shape this new collaboration, which will deliver unparalleled respiratory care and research for patients throughout the Delaware Valley," said Bruce A. Meyer, MD, MBA, Chief Physician Executive, Jefferson Health.

Dr. Roman will join Jefferson in February. He comes most recently from the University of Louisville School of Medicine, where he was Distinguished University Scholar and Chairman of the Department of Medicine. Prior to that, Dr. Roman was Director of the Emory Center for Respiratory Health within the Woodruff Health Science Center at Emory. He has published more than 115 peer-reviewed articles in scientific journals and 20 manuscripts, primarily on interstitial lung disease, pulmonary fibrosis and sarcoidosis.

Well-known for his advocacy efforts and community engagement, Dr. Roman established the Interstitial Lung Disease Programs at Emory and University of Louisville, and the Puerto Rico Center for Pulmonary Fibrosis in Mayaguez, Puerto Rico. He continues to consult for pulmonary fibrosis patients in Louisville and Puerto Rico. Dr. Roman recently served as Chair of the Medical Advisory Board of the Pulmonary Fibrosis Foundation and currently chairs the American Thoracic Society Health Equality & Diversity Committee.

"We are excited to have Dr. Roman coming on board in this leadership role at Jefferson," said Jay Finigan, MD, director of the Centers for Respiratory Excellence at National Jewish Health. "Together, National Jewish Health, Jefferson Health and Mount Sinai bring extraordinary expertise in developing a patient-centered, multi-disciplinary model of care for complex respiratory illnesses as well as a commitment to working together on breakthrough research."

Thomas Jefferson University Hospitals, Inc., is named 16th on U.S. News & World Report's 2017-2018 Best Hospitals Honor Roll, a distinction awarded to just 20 hospitals in the U.S. chosen for breadth and depth of clinical excellence. National Jewish Health is ranked #1 in pulmonology on the U.S. News & World Report list of Best Hospitals, and is the only institution dedicated to research and treatment of respiratory disease, treating both adults and children.