BETHESDA, Md., June 15, 2020 /PRNewswire/ -- In a planned leadership transition, experienced chief executive, Gulf War veteran and pilot James D. Taiclet, 60, today became president and CEO of Lockheed Martin Corporation [NYSE: LMT]. He succeeds Marillyn A. Hewson, 66, who has served as chairman, president and CEO since 2014 and president and CEO since 2013. Taiclet will continue to serve as a member of the corporation's board, which he joined in 2018. Hewson will become executive chairman of the board and provide ongoing support for the leadership transition. 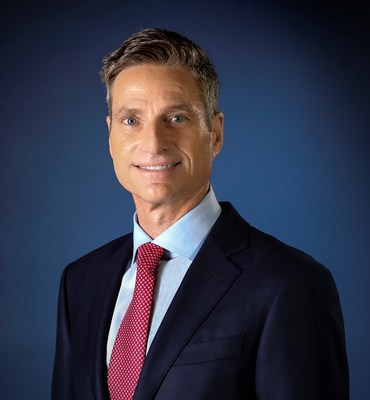 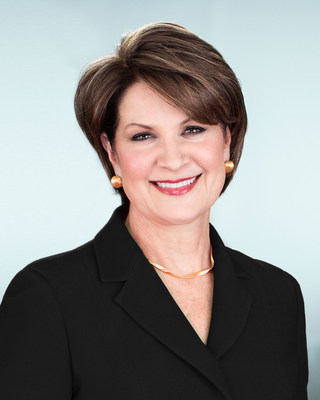 "As a former military pilot, I understand the mission of this great corporation to provide global security and innovative solutions for the brave men and women who protect our freedom," Taiclet said. "I come into this role at a time when our nation and its allies have been tested globally by new and emerging threats. Now more than ever, it's critical we continue to deliver the best systems and equipment in the world. I'm honored to succeed Marillyn, who is rightfully one of the most respected CEOs in America, and to lead a workforce that is inventing and advancing the technology and security of our future."

"This disciplined leadership transition reflects deliberate and thorough succession planning and is being implemented strategically at a time when Lockheed Martin is financially strong and positioned well for the future," Hewson said. "I have every confidence Jim and his executive leadership team will continue driving sustained success through sound business strategy, strong customer relationships and deep mission focus."

Taiclet's tenure as CEO of American Tower Corporation started in 2003 and he became chairman, president and CEO in 2004. Since then, American Tower grew significantly and increased its market capitalization from approximately $2 billion to more than $100 billion. Taiclet guided the company's transformation from a primarily U.S. business to a global player in its industry and he is widely regarded as one of America's most successful CEOs.

Prior to joining American Tower in 2001, Taiclet was president of Honeywell Aerospace Services, a unit of Honeywell International, and prior to that was vice president, Engine Services at Pratt & Whitney. He was also previously a consultant at McKinsey & Company, specializing in telecommunications and aerospace strategy and operations.

Taiclet began his career as a U.S. Air Force officer and pilot and served a tour of duty in the Gulf War. He holds a master's degree in public affairs from Princeton University, where he was awarded a fellowship at the Woodrow Wilson School, and is a distinguished graduate of the United States Air Force Academy with degrees in engineering and international relations.

In 2019, TIME magazine identified Hewson as one of the "100 Most Influential People in the World," and FORTUNE magazine ranked her No. 1 on its list of "50 Most Powerful Women in Business" for the second year in a row. In 2018, she was named the "CEO of the Year" by Chief Executive magazine, a Top 10 "Businessperson of the Year" by FORTUNE magazine, and one of the "World's 100 Most Powerful Women" by Forbes.

Several other executive leadership appointments became effective today as part of the transition. Frank A. St. John, 53, became chief operating officer. In this newly created role, he is responsible for the strategic, operational and financial performance of all the corporation's lines of business. St. John joined Lockheed Martin more than 30 years ago as an engineering intern and took on roles of increasing responsibility in engineering and program management before joining the corporation's executive leadership team. Most recently, he served as executive vice president of Lockheed Martin's Rotary and Mission Systems (RMS) business area and prior to that as executive vice president of Lockheed Martin's Missiles and Fire Control (MFC) business area.

Yvonne O. Hodge succeeded Hill as senior vice president, Enterprise Business Transformation. Previously Hodge was vice president of Business Innovation, Transformation, and Enterprise Excellence for the corporation's Space business area. During her nearly 18 years with Lockheed Martin, she has served in several leadership roles. Prior to joining Lockheed Martin, Hodge spent many years at AT&T in managerial and executive positions, including vice president of operations for business customers.

About Lockheed MartinHeadquartered in Bethesda, Maryland, Lockheed Martin is a global security and aerospace company that employs approximately 110,000 people worldwide and is principally engaged in the research, design, development, manufacture, integration and sustainment of advanced technology systems, products and services. For additional information, visit our website: www.lockheedmartin.com.

Lockheed Martin-Built Orion Spacecraft is Ready for its Moon...