JINGXI, China, Sept. 27, 2021 /PRNewswire/ -- The 18th China-ASEAN Expo was held in Nanning, Guangxi Zhuang Autonomous Region from September 10 to 13. During the expo, Jingxi City signed 5 projects with the merchants, with a total investment of more than RMB 29.4 billion, according to the Publicity Department of Jingxi City. 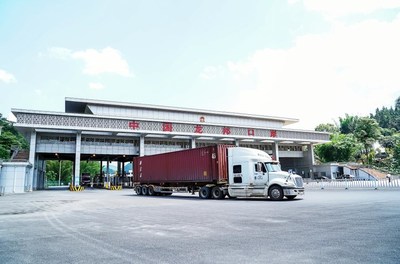 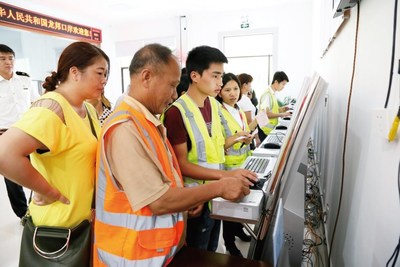 At the investment promotion conference of China-ASEAN Expo, the main leaders of Jingxi stated that the city would strengthen support for foreign trade and local processing enterprises, promote the construction of standard factory buildings for commodity processing and the gradual transformation and upgrading of mutual trade to local processing, expand the total amount of foreign trade, and energetically develop local processing. The city would strive to create a first-class government, legal, cultural, market and social environment to provide quality services for entrepreneurs.

Jingxi is one of the important land passages connecting southwest China to southeast Asia, which borders Vietnam with a 152.5km long border. It has Longbang first-level port, Yuexu second-level port and 4 front trade markets. In March 2020, the State Council of China approved the establishment of the Guangxi Baise Key Development and Opening Pilot Zone, and the role of Jingxi as a leading area of the pilot zone. In January 2021, Guangxi approved the establishment of the Jingxi Border Economic Cooperation Zone. In recent years, Jingxi has done a great job in border trade, poverty alleviation, tourism, and urban construction, and has made breakthroughs in border development and opening-up. From January to July this year, the total foreign trade volume of Jingxi reached RMB 138.3 billion, with a year-on-year increase of 51%.

In the next few years, Jingxi will further implement the "Five Strategies" of development and opening-up, rural revitalization, industrial city development, holistic tourism, and urban quality improvement. The city will promote the high-quality development of the Jingxi Leading Area of Guangxi Baise Key Development and Opening Pilot Zone, development of the demonstration and leading area of border stability, security, prosperity and wealth, and construction of "two districts and one city" as the regional central city of China-ASEAN cooperation.