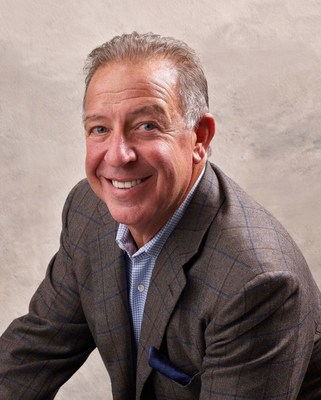 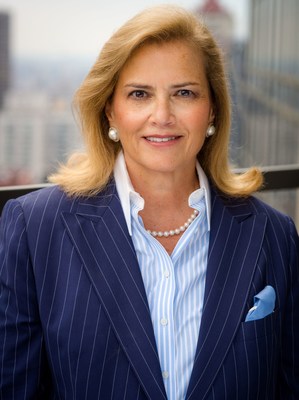 The annual Columbus Day Parade, the largest celebration of Italian American heritage and culture in the United States, will take place on Monday, October 11, 2021, beginning at 11:30 a.m. As Honorees, Gurrera and Pulice will join Grand Marshal Pascucci at the front of the parade and will lead dozens of marching bands and floats and over 100 marching groups up the Fifth Avenue parade route, from 44th Street to 72nd Street.

Marian Pardo, President of Columbus Citizens Foundation, said of the announcement: "In 2021, we have made the decision to have the Parade and our Columbus Celebration Weekend reflect and honor the resilience, renewal and reunion all underway throughout New York City, the nation and our Italian American community. Our Honorees, worthy of celebration in any year, are particularly appropriate for tribute in 2021. The endeavors of both Joe and Jodi in New York reach beyond their roots in our vibrant city and are potent examples of national achievement."

Joe Gurrera is the owner of Citarella, a group of popular epicurean markets, Citarella.com and Citarella Wines & Spirits. Joe also owns Lockwood & Winant, one of the most influential wholesale importers and distributors at New York's iconic Fulton Fish Market, supplying seafood to hundreds of top national chefs and restaurants.

Mr. Gurrera commented; "As an Italian American, I could not be happier to be named as an Honoree for the 2021 Columbus Celebration. I believe that the Columbus Day Parade on Fifth Avenue will be a signal to all who watch that New York City is back, and back stronger than ever. I'm so proud to be a part of this celebration, and of our great city's renewal."

On being named a 2021 Honoree, Ms. Pulice had this to say: "I'm gratified to be honored by the Columbus Citizens Foundation, which always reminds us that the story of Italian-Americans in this country is the story of economic opportunity. And just as I proudly embrace my Italian-American heritage, I also embrace the principle of economic opportunity. In the same spirit with which my family came here – seeking opportunities to better themselves – I have carried on the tradition through my company, which stands as a leading platform for opportunity and the advancement for women, people of color, and others under-represented in today's commercial real estate industry."

In speaking of Ms. Pulice and Mr. Gurrera as 2021 Honorees, Columbus Celebration Chair Angelo Vivolo praised both individuals, stating, "We are beyond thrilled to have Joe and Jodi – with all their incredible achievements – represent our community of Italian Americans on Columbus Day. They are helping the city's return to greatness every day – and they are so worthy of this honor."

The annual Columbus Day Parade, organized by Columbus Citizens Foundation, is the world's largest celebration of Italian American heritage and culture in the United States.

The Columbus Day Parade begins at 11:30 a.m. EST on Monday, October 11 and will air live on WABC-7 from 12 p.m. to 3 p.m. EST. For more information on the parade, please visit columbuscitizens.org.

ABOUT COLUMBUS CITIZENS FOUNDATIONColumbus Citizens Foundation is a non-profit organization in New York City committed to fostering an appreciation of Italian-American heritage and achievement. The Foundation, through a broad range of philanthropic and cultural activities, provides opportunities for advancement to deserving Italian-American students through various scholarship and grant programs. The Foundation organizes New York City's annual Columbus Celebration and Columbus Day Parade, which has celebrated Italian-American heritage on New York's Fifth Avenue since 1929. For more information, contact [email protected].

ABOUT JOE GURRERAJoe Gurrera is the founder and owner of Citarella, his successful group of epicurean markets in New York City, the Hamptons, and Greenwich, CT including Citarella.com and Citarella Wines & Spirits. Joe also owns Lockwood & Winant, which he has built into one of the most influential wholesale importers and distributors at New York's iconic Fulton Fish Market, supplying seafood to hundreds of top national chefs and restaurants. As the author of Joe Knows Fish: Taking the Intimidation Out of Cooking Seafood, he shares his passion and decades of knowledge in the food industry. As a Fellow at the Culinary Institute of America, Joe established The Joe Gurrera/Citarella Culinary Scholarship, enabling a student of Italian-American descent, selected by The Columbus Citizens Foundation, to further their culinary education at CIA. A native New Yorker, Joe remains active in the community supporting organizations like Citymeals on Wheels and City Harvest. He is a board member of several organizations including the New Fulton Fish Market Cooperative at Hunt's Point, the Boomer Esiason Foundation, and the Columbus Citizens Foundation. Joe and his wife Yusi have three children, Helen, Nancy, and Anthony and 6 grandchildren.

ABOUT JODI PULICEJodi Pulice is a pioneer for women in the real estate sphere, having founded the first ever Minority/Woman-Owned Business Enterprise (M/WBE) brokerage firm 25 years ago. As the founder and CEO of JRT Realty Group, now the largest woman-owned commercial real estate services firm in the U.S., she has been responsible for more than 50 million square feet of office and industrial space nationwide and, along with a first-of-a-kind strategic alliance with the global real estate firm Cushman & Wakefield, has completed transactions valued at more than $5 billion.  As a successful Italian-American businesswoman, holding dual citizenship of the United States and Italy, she has promoted diversity and the empowerment of women and minority-owned organizations in both her professional and personal life for nearly four decades.

Commissioner Daniel A. Nigro Named Humanitarian Of The Year For...