NEW YORK, Oct. 1, 2019 /PRNewswire/ -- John Cena announced a donation of up to $1 million to the FitOps Foundation, a nonprofit organization founded in 2016 which holds month-long "live on" camps to train and certify veterans to become elite personal trainers.

Cena's donation will go towards expanding the foundation's training programs and camps where veterans are educated, trained and counseled, and will help FitOps meet its goal of assisting many more veterans. 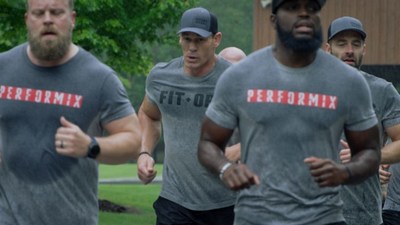 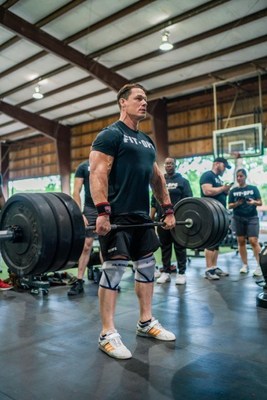 Cena announced his donation during an appearance on The Ellen Show, which aired Monday, September 30, 2019.

"The work the FitOps Foundation is doing is having such an impact – they are saving lives by inspiring veterans to find new purpose through fitness, which allows them to then share their mission with others," said Cena. "I am so proud to be a part of this life changing foundation, and to support them in any way I can."

Cena said he hoped his support and commitment to the organization would inspire others to donate as well. "I want to help the FitOps team reach their goal of helping as many veterans as they can, so between now and Veterans Day, I will match all donations to the FitOps Foundation up to $1 million."

Matt Hesse, a veteran, founder of the FitOps Foundation, and founder and CEO of Performix, created the nonprofit after recognizing that too many veterans were struggling with the transition from military to civilian life.

"Today, there is not adequate infrastructure or services to help veterans transition to civilian life from military service," said Hesse.

Hesse recognized veterans would make amazing personal trainers because of their service-based mentality and the physical foundation they served from in the military.

"The donations we raise will make an enormous difference – with it, we will be able to reach more veterans – offering training, education, counseling, support and mentorship," said Hesse. "Veterans exiting service face unbelievable challenges that most of the civilian world doesn't understand: a loss of sense of purpose and mission, daily drive, routine and being part of a larger mission and team. This is what we aim to replace through the FitOps program."

More than 6,000 veterans committed suicide in 2016, roughly 20 per day, according to the Department of Veterans Affairs. That rate is more than one and a half times the rate of the rest of the U.S. population.

"The greatest joy and satisfaction in my career has come from playing a part in helping veterans find purpose through fitness, and my goal is to build on this so we never have to turn a veteran away. I'm so grateful to John, not just for his donation, but for his incredible passion and support. Together, our goal is to take the suicide rate in the veteran community from 20 a day to zero."

The FitOps Foundation has trained and certified more than 250 veterans, and has a waiting list of thousands more.

Cena, who considered joining the Marine Corps when he was a youth, has always shown his commitment to supporting those who served. In 2018, he met Hesse, an Army veteran, and learned about the FitOps Foundation. He visited one of the camps later that year and was so impacted by the program that he explained it as "life changing", so he immediately got to work with Hesse to help scale it.

"The FitOps Foundation has made an incredible difference in the lives of many veterans already, and I am humbled to be a part of this mission," said Cena.

The FitOps Foundation will use the monies raised and Cena's contribution, to hold more camps and certify more veterans while they work to build a full time FitOps Health and Transition Camp.

To join John Cena and FitOps in sponsoring a veteran, or for more information on the FitOps Foundation, please visit www.fitops.org.

FitOps is a non-profit organization powered by PERFORMIX® that trains and certifies veterans as elite personal trainers. The on-site program concludes with the certification of fitness industry professionals - who are experts in exercise and in leadership, designated as Certified Veteran Fitness Operatives (CVFOs).

John Cena Announces Donation of up to $1M to FitOps Foundation