WEST COVINA, Calif., June 28, 2021 /PRNewswire/ -- International fast-food brand, Jollibee, known for its Chickenjoy fried chicken and other comfort-food favorites, will open its new location in Bakersfield, California, on Wednesday, June 30, 2021. California is home to Jollibee's first U.S. location, which opened in Daly City in 1998 and remains one of its best performing locations in the country.

The Bakersfield store is centrally located at 5520 Stockdale Highway, and store hours are 9AM – 11PM, seven days a week. While indoor dining will not be offered at this location, Jollibee customers can enjoy their favorite menu items through a variety of ordering options, including drive-thru service, to-go, or through the following online ordering channels: Jollibee's new seamless ordering app (now available for download at the App Store and Google Play), the jollibeeusa.com website and the DoorDash delivery platform.

The store will offer Jollibee's signature menu items, including:

"We are excited to bring our delicious menu offerings to our loyal fans and curious new customers who live, work and play in this beautiful city," said Maribeth Dela Cruz, President of Jollibee Group North America, Philippine Brands. "California is where we first opened our doors in America more than two decades ago, and we look forward to continue building our presence here, especially within the Central California region."

Primely located two miles away from California State University at Bakersfield, the new location marks the brand's 25th store in California, and its 51st store in the U.S. California is home to more Jollibee locations than any other state, but there is still a huge opportunity to bring a taste of home to its Filipino residents while offering a fresh and flavorful experience to a new audience. Since the start of 2021, Jollibee has opened six new locations, putting the brand on track to achieve its goal of opening 300 store locations throughout North America by 2024.

In California, Jollibee fans can look forward to more locations popping up in several cities over the coming months, including a new Torrance store that is officially opening tomorrow, June 29, 2021, at 20100 Hawthorne Boulevard, Torrance, CA 90503. Additional California store locations that are slated to open in 2021 include Los Angeles (Downtown), Ontario, and Alhambra.

Brand fans and curious first-time consumers can welcome Jollibee to Bakersfield by utilizing the available ordering channels to take home the taste of joy.

For more information on these and Jollibee's other upcoming 2021 store openings, stay tuned to Jollibee USA Facebook and Instagram pages.

In North America, Jollibee opened its first store in 1998 in Daly City, California. It now operates 66 stores across the region, with 49 stores in the states of Arizona, California, Florida, Hawaii, Illinois, Maryland, Nevada, New Jersey, New York, Texas, Virginia, and Washington of the United States, and 17 stores across Alberta, Manitoba, Ontario, and Saskatchewan, Canada.

Jollibee Group is a significant investor in Titan Dining LP, a private equity fund and the ultimate holding entity of the Tim Ho Wan (THW) Brand and has a joint venture with the THW Group to open THW restaurants in Mainland China. It also has a business venture with award-winning Chef Rick Bayless for Tortazo, a Mexican fast-casual restaurant business in the United States. The Group will also establish a 50/50 joint venture to operate and expand Yoshinoya in the Philippines. Yoshinoya is one of the largest and most recognized Japanese restaurant brands globally.

Jollibee Group was named the Philippines' most admired company by the Asian Wall Street Journal for ten years. It was also honored as one of Asia's Fab 50 Companies and among the World's Best Employers by Forbes. In 2020, Gallup awarded the Jollibee Group with the Exceptional Workplace Award, making it the first Philippine-based company to receive the distinction.

Jollibee Group has grown brands that bring delightful dining experiences to its customers worldwide, in line with its mission of serving great tasting food and spreading the joy of eating to everyone. 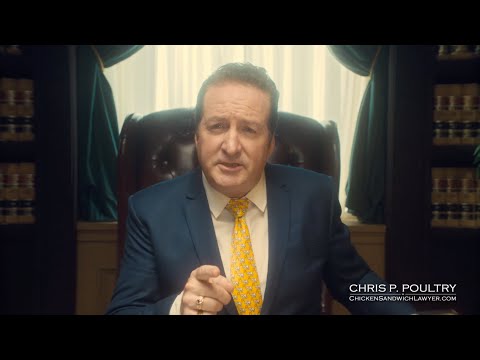 The Jollibee Chickenwich™ is Here to Deliver Chicken Sandwich Joy ...