LOS ANGELES, July 21, 2021 /PRNewswire/ -- Alberto Marzan and Peter Lord Moreland, co-founders of Jupiter Rising Film, announced today that yasiin bey, previously known by his stage name Mos Def, has signed on to play the lead role, Thelonious in the new theatrical Biopic, Thelonious. The film will center around his struggles for musical success, mental illness and the spiritual love triangle between his wife Nellie, and one of the world's richest women Nica Rothschild. Production is slated to begin Summer 2022. 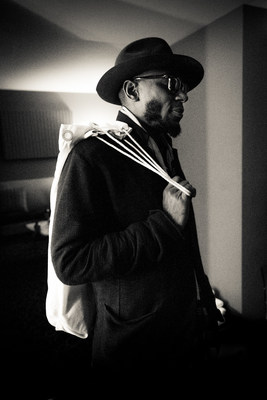 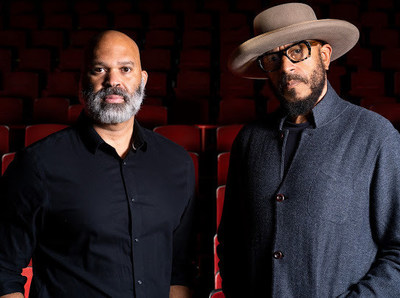 Bey commented on being cast in the title role, "Thelonious Sphere Monk. A leader. A Lord. A shape in space. A man from a community of devotion who lives a simple life distant from society.The adjectives. can never be nouns. Love. is a verb. The Future has already happened. And Forever. is a current event. Jupiter and team."

Jupiter Rising Film co-founder and producer Alberto Marzan commented on the casting, "This role is one that requires great depth and a unique understanding of who and what Thelonious Monk was and how his lasting impact can still be heard throughout the music world today. The moment I met yasiin I knew we found our Thelonious. It's an honor to be the first to tell this important story in an epic way since it's never been told before, we are swinging for the fences on this one. It's a luxury to be the team to tell this important story."

Producer, and the screenwriter of Thelonious Peter Lord Moreland shared, "Thelonious' story needs to be told. Having spent much of my life as a musician, record producer and composer I feel really connected to him. We even went to the same high school, Stuyvesant in New York City. I am so thrilled yasiin has signed on to play Monk, his artistic measure, his approach and so many other intangibles are perfect to bring Thelonious to life".

Jupiter Rising Film's slate is as abstract, unique and bold as Thelonious himself with two episodic series ready for packaging, -- The Moors and Love Junkies. The Moors, a dark historical, medieval drama series with elements of magical realism, will span 700 years of the rise and fall of The Moor empire in Europe.

Love Junkies is an edgy alternative pop driven one hour TV musical drama series following the lives of an eclectic group of New Yorkers in an experimental addiction treatment program where they confront their addiction by turning real life behavior triggers into a musical expression. All original music will be featured in every episode from some of the top beat makers, songwriters and record producers in the world including Mr. Lord Moreland himself, who is a former Billboard pop songwriter of the year. Both series are already scripted and in the process of being packaged.

Marzan commented, "Jupiter Rising Film is more than just a place that focuses on creating dynamic and thought provoking content; it represents a place that both Peter and I have arrived at in our life journey as individuals and professionals. Our collective body of work is untraditional and eclectic. Like Thelonious, we've always lived our lives aggressively authentic and we will not change that anytime soon. Jupiter is rising."

Jupiter Rising Film is a Los Angeles based production company focused on creating expansive, groundbreaking and visionary content for film, tv and streaming.