BEIJING, Oct. 17, 2018 /PRNewswire/ -- The 26th World Congress of the International Society of Hair Restoration Surgery (ISHRS 26th World Congress) was held in Los Angeles on October 10. Li Xingdong, the hair transplantation expert and Beijing-based hospital group Kafuring chairman; Zou Jianhong, the Kafuring hair transplant technology research institute president; Both of them were invited again as participants to discuss and promote the healthy development of the global hair transplant industry with industry leaders and experts from all over the world. 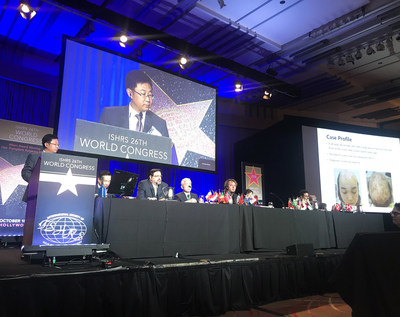 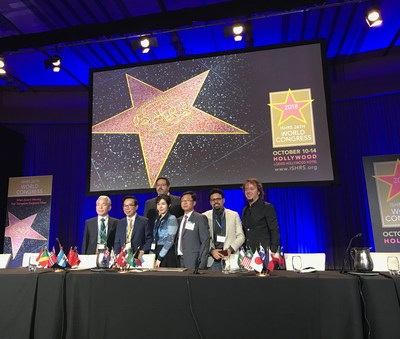 During the event, Mr. Li delivered a keynote speech entitled "Scalp Expansion Combined with Hair Transplantation in the Treatment of Large Area Cicatricial Alopecia" and shared his thoughts on and experience with clinical therapy for intractable cicatricial alopecia. It was followed by several alopecia patients who came up to the podium and demonstrated their results in 10 days and 14 months after having received the transplant surgery at one of the Kafuring hospitals. The results received recognition from leading international experts, serving as further testament to the contribution that China's leading implanter pen technology has made to the sector.

Mr. Li explained that the implanter pen technology initially applied in China had been brought from the US. Kafuring now holds granted patents for four iterations of the technology. The salient features of the technology and procedure are the smaller size of the incision combined with the high density and natural direction of the transplanted hair. Dr. William Rassman, a world leader in hair transplant technology, once confirmed that Kafuring is one of the best hair transplant organizations in China as it provides patients with the minimally invasive solution developed with its leading technologies and equipment in full compliance with the US and European standards.

Thanks to its leading implanter pen technology and proven excellent results, Kafuring was invited as the sole medical company based outside of Europe to attend the recent Business Triumph Festival organized by the Europe Business Assembly (EBA) in Cannes, France. At the event, Karfuring garnered the 2018 EBA European Quality Award in Healthcare.

Kafuring has initiated the roll out of its global strategy with the opening of its US flagship office. The office is the first overseas operation established by a Chinese hair transplant organization. Kafuring plans to next expand into Malaysia, Singapore and Thailand.