ARLINGTON, Va., Feb. 4, 2021 /PRNewswire/ -- In honor of its 80th anniversary, the United Service Organizations (USO) has named country singer and actress Kellie Pickler, and producer, actor and activist Wilmer Valderrama as USO Global Ambassadors. USO tour veterans Pickler and Valderrama will help lead the effort for Americans, united in spirit and action, to give more than thanks to the military community. 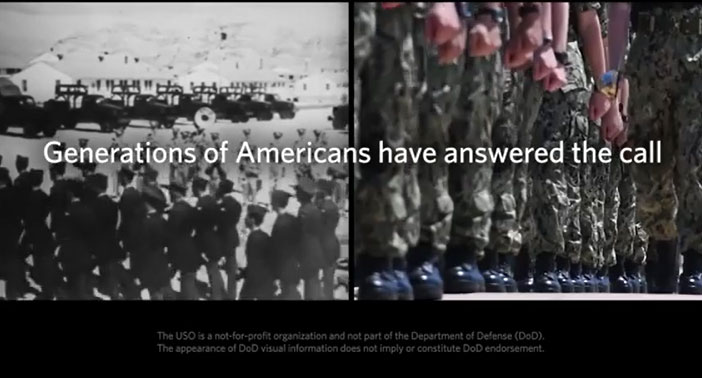 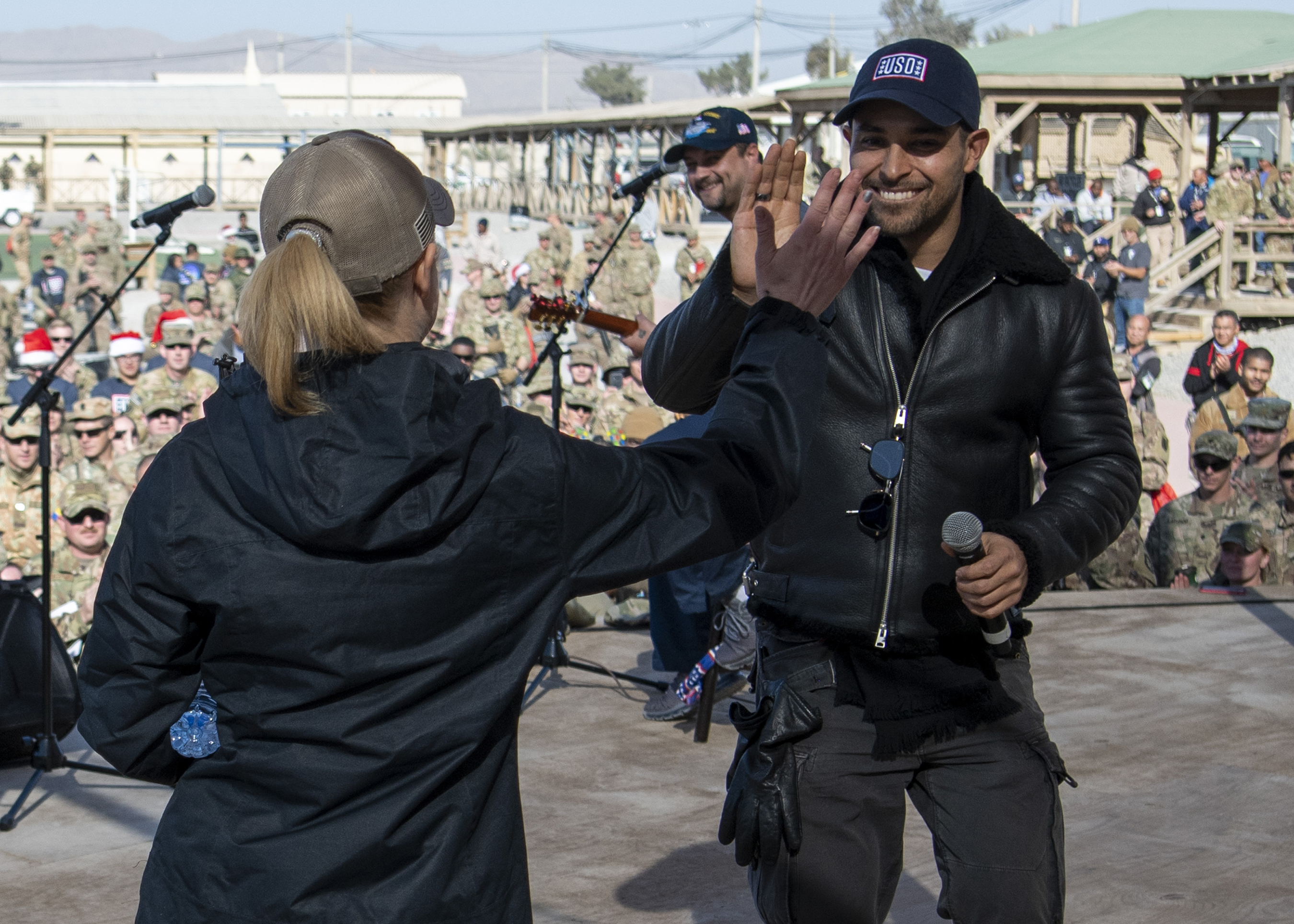 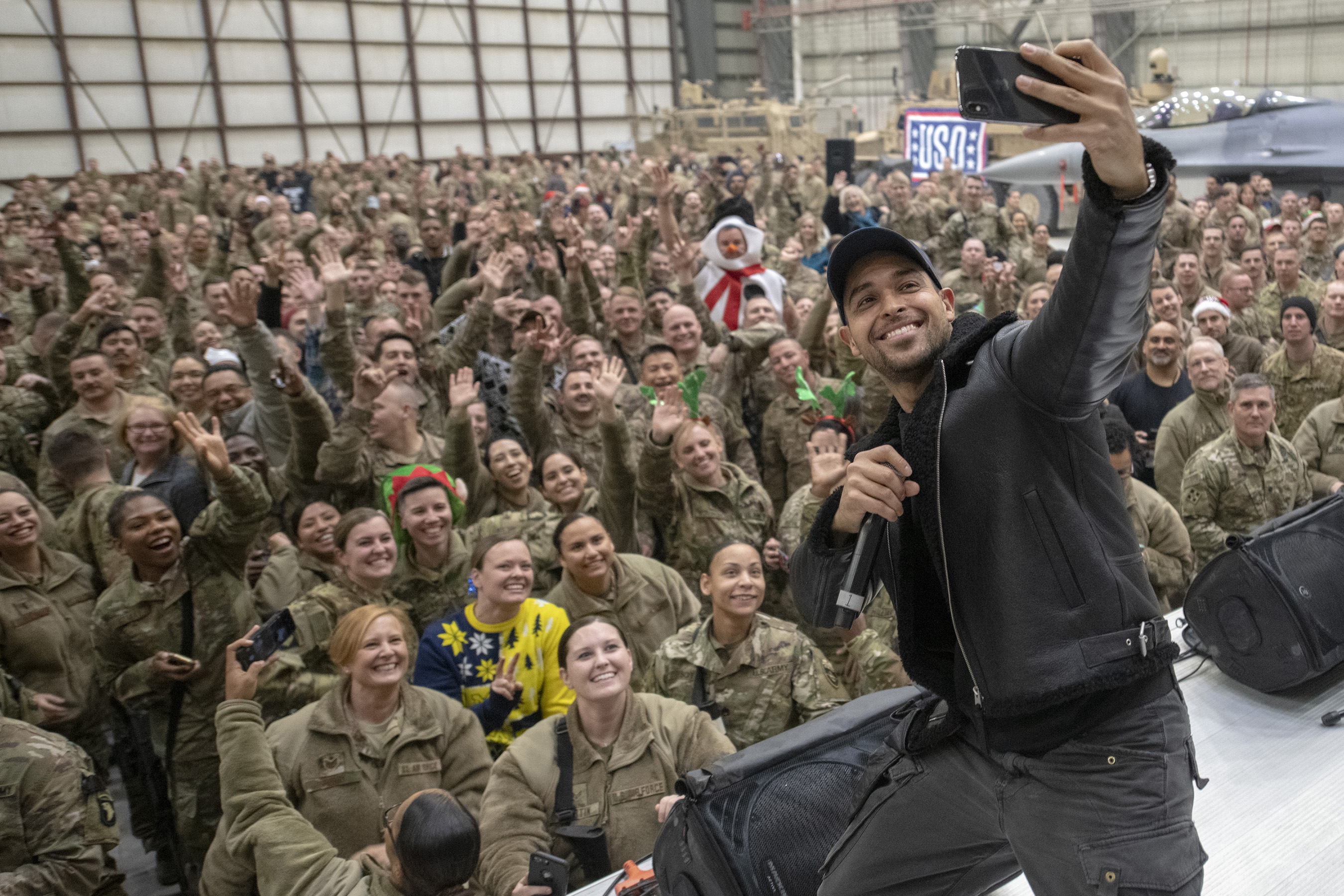 "We are honored to have these two longtime advocates come on board as USO Global Ambassadors," said J.D. Crouch II, USO CEO and president. "Kellie and Wilmer have seen firsthand the importance of the USO mission and the impact it can have when we express the nation's gratitude to our Armed Forces. We hope their continued support will invite more Americans to join them in honoring service members and their families."

As USO Global Ambassadors, Pickler and Valderrama will support the organization's Give More Than Thanks initiative, a campaign encouraging all Americans to find actionable ways to express their gratitude for the service and sacrifice of our troops and their families. Throughout the year, Pickler and Valderrama will participate in events and entertainment engagements for service members, raise awareness of our military's needs and share ways Americans can help the USO give more than thanks.

"I am honored to join the USO as a Global Ambassador for their 80th anniversary of supporting America's military, especially in support of this campaign encouraging all Americans to give more than thanks," shares Pickler. "The USO has allowed me so many opportunities to serve those who serve us, and this is another way I can help shine a light on something that matters … supporting our servicemen, servicewomen, their families, and letting them know we don't take what they do for granted."

"Touring with the USO has been one of the proudest moments of my career because it has given me the chance to pay my respect and personally express my gratitude to our servicemen and women," Valderrama said. "I feel honored to now serve as a USO Global Ambassador, to help others understand how important it is to support the military and encourage Americans to follow our heroes example in becoming a more united community in a more united nation."

Generations of Americans have answered the call to step up, serve and sacrifice. Wherever they are deployed or stationed—on the front lines overseas or the front lines of the COVID-19 pandemic response at home—the USO stands by our heroes in uniform. Since 1941, the USO has been a resource for more than 40 million individuals, from providing morale-boosting entertainment to delivering millions of care packages.

To learn more about ways to give more than thanks, visit USO.org/morethanthanks. Follow the USO's Give More Than Thanks campaign and join the conversation using the hashtag #MoreThanThanks on social media.

The USO strengthens America's military service members by keeping them connected to family, home and country, throughout their service to the nation. At hundreds of locations worldwide, we are united in our commitment to connect our service members and their families through countless acts of caring, comfort and support. The USO is a private nonprofit organization, not a government agency. Our programs, services and entertainment tours are made possible by the American people, support of our corporate partners and the dedication of our volunteers and staff. To join us in this important mission and learn more about the USO, please visit USO.org and follow us on Facebook, Twitter and Instagram.