MUNICH, July 1, 2020 /PRNewswire/ -- Renowned American artists including Keith Haring, Lyonel Feininger, Robert Longo, Andy Warhol and Tom Wesselmann are featured at Ketterer Kunst's 500th auction in Munich, July 17/18. For years, popular contemporary and modern American artists have appealed to art lovers all over the world with a significant collection acquired in Europe. The upcoming auction gives art connoisseurs worldwide access to an outstanding collection of premiere American and other works. American art collectors can join the auction online or via phone if they want to bring home some of America's great art work. 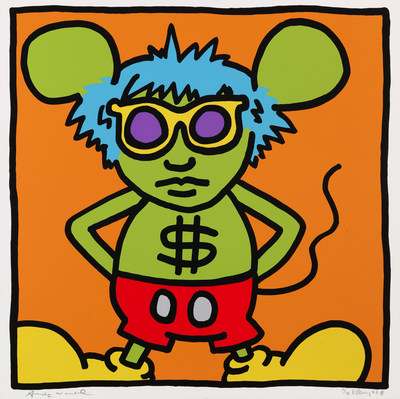 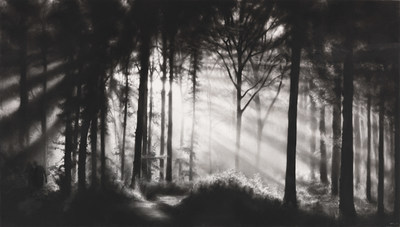 "The desire for quality art is tremendous, especially in times of corona," says Robert Ketterer, auctioneer and owner of Ketterer Kunst. "An art market currently ailing from postponed art fairs and canceled opening receptions can do little to meet this need. I am all the more pleased that we were able to compile such an extremely fascinating offer."

And there are quite some exciting works that will catch the fancy of fans of American art – and, of course, attendance in the saleroom is not required as bidding can easily be done online, by phone or through a commission.

Lyonel Feininger's "Manhattan, Dusk" from 1945 is estimated  € 200,000-300,000. The work, which has a remarkable exhibition and provenance history, masterfully stages New York's impressive skyline in an evening mood. Comparable work can be found at, among others, the Museum of Modern Art in New York. The painting "Gaberndorf" dated 1953 shows an entirely different motif. Here Feininger transforms an architectural constellation from the old world into a constructive symbol for architecture in the new world. The estimate is € 150,000-200,000.

Robert Longo's charcoal drawing "Untitled (In the Garden, et in arcadia ego)" from 2009 has the same estimate price. The paradise-like forest in monumental format unfolds its enchanting effect and brings Longo's perfected technology to full expression. His concept of drawing has an impressive photographic effect.

No less monumental, but of a completely different impression and in bright colors is Tom Wesslemann's very rare landscape depiction from the work group of the Steel Cuts. His "Cochecton Pool, Delaware River (from Lynda's)" shows a sketchy landscape concept materialized in steel. The unique work in typical illustrative Pop Art style may be available for € 140,000-180,000.

Andy Warhol is represented with several portraits of Mick Jagger, Arnold Schwarzenegger and Keith Haring. His female portraits are among the artist's most sought-after works. "Portrait of a Lady (Natalie Sparber)" from 1984 exemplarily reflects the glamour of the 1980s. The unique piece will enter bidding at € 100,000-150,000.

Keith Haring's humorous declaration of love is an homage to Andy Warhol, as it merges the inventor of Pop Art with the most famous cartoon character in the world. The iconic print "Andy Mouse" comes from a small edition signed by both Keith Haring and Andy Warhol and is estimated at  € 100,000-150,000.

The family company Ketterer Kunst (www.kettererkunst.com and www.ketterer-internet-auctions.com) with headquarters in Munich and branches in Hamburg, Duesseldorf, Berlin as well as with a global network of representatives in , among others, the USA and Brazil, was founded in 1954. It is one of the leading houses for auctions of fine art from the 19th to the 21st Century and Rare Books. According to the latest figures issued by artnet price database for 2019, Ketterer Kunst holds place 11 in the ranking for Art after 1900 and is the world's strongest-selling family business for Art of the 20th Century.