LOUISVILLE, Ky., Dec. 20, 2017 /PRNewswire/ -- For the first time since launching its rotating Colonel campaign, Kentucky Fried Chicken has tapped an unknown actor, Christopher Boyer, to play the role of Value Colonel in its TV ads. By not spending money on a celebrity Colonel, KFC is saving money on its Value campaign, allowing the brand to continue to offer complete meals that won't break the bank, such as delicious, hand-prepared pot pies for $3.99 starting December 26 and the various $5 Fill Up combinations. 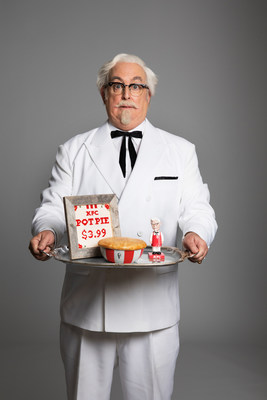 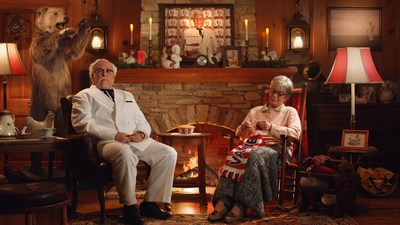 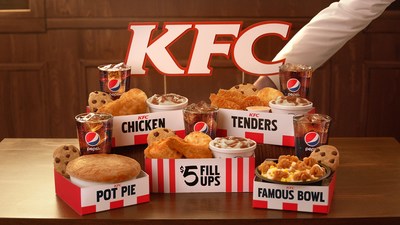 A relatively unknown actor, Boyer has filled the background in popular shows for years in very important roles like, "man in mattress store," "professor" and "old seasoned farmer." Coincidentally, Boyer also auditioned for the role of Colonel Sanders in 2015 when KFC initially started casting for its Colonel campaign. Now he finally gets his big break as the Value Colonel, sharing his love for KFC's abundance of complete meals at affordable prices.

"After casting a wide net to find our next Colonel – everywhere from big shot Hollywood agents to postings on job boards and even Craigslist – we were pleasantly surprised when we found Boyer," said KFC U.S. director of advertising George Felix. "Much like the Colonel, he's held a lot of forgettable roles before becoming the world's most famous chicken salesman. Heck, he even auditioned for the role of the Colonel several years ago, and we didn't remember him."

Born in Hagerstown, Maryland, Boyer has worked many jobs over the course of his life, much like Colonel Sanders. At one point, Boyer even owned his own restaurant known for its delicious fried chicken, although he'll admit it wasn't quite as good as KFC.

"When I was preparing to audition for the Colonel role in 2015, I dug out my string tie from the back of my closet and looked up Harland Sanders on the internet. That's when I first found out about the Colonel's incredible life story, so I donned an accent for the audition and gave it my best shot," said Boyer. "Now two years later, I am very grateful to be playing the role as the common man's Colonel."

KFC's Pot Pie is a classic recipe that includes tender bites of the world's best chicken, diced potatoes, peas and carrots covered in a savory sauce and baked in a flaky, golden crust. KFC's $5 Fill Ups offer a complete meal with your choice of entrée, mashed potatoes, drink and a chocolate chip cookie – all for just five dollars.

Astute viewers may notice a celebrity appearance by Wayne Knight, actor, voice artist and comedian best known for his role as Newman, the mailman and nemesis of the lead character in NBC's "Seinfeld." Despite our insistence that Knight was too much of a celebrity to play the Value Colonel, he still decided to be on set during filming in search of free chicken.