LOUISVILLE, Ky., March 21, 2019 /PRNewswire/ -- Kentucky Fried Chicken® will reintroduce Kentucky Fried Chicken & Waffles to fans this month after an overwhelmingly positive response from customers during its debut last November. Available for just four weeks, the sought-after menu item will return to participating KFC U.S. restaurants from March 23 until April 29, or while supplies last.

Due to the immense demand, this is the fastest KFC has brought a limited-time offering back to its menu in recent years. 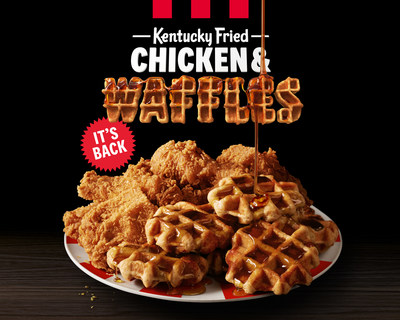 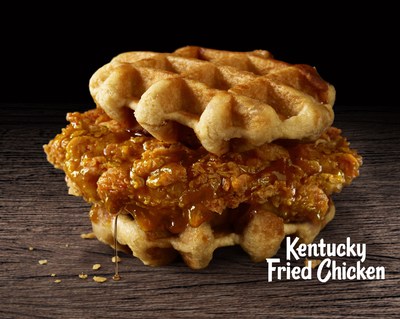 Kentucky Fried Chicken & Waffles offers the ultimate sweet and savory menu item and pairs the Colonel's Extra Crispy fried chicken with scrumptious Belgian Liege-style waffles. The fan favorite first became available in November of 2018 and was offered until it ran out – some restaurants sold out of the popular dish in just two weeks. Like its first debut, Kentucky Fried Chicken & Waffles can be enjoyed two ways; as a basket meal and as a sandwich.

"We expected people would love Kentucky Fried Chicken & Waffles when we launched it in 2018," said Andrea Zahumensky, chief marketing officer, KFC U.S. "But we underestimated how much love there would be, so we're bringing it back just four months later. Too soon? Not a minute."

The waffles used for Kentucky Fried Chicken & Waffles were specially formulated to perfectly pair with KFC's world-famous Extra Crispy™ fried chicken. They feature pearl sugar imported from Belgium, which adds to the golden-brown color and sweet and crunchy outer texture. KFC went through at least 15 different variations of waffles before landing on the perfect one.

The basket meal option, available as one-piece breast, two-piece thigh and drum or three-piece tenders, includes a delectable waffle alongside KFC's famous Extra Crispy™ fried chicken and a sweet side of Mrs. Butterworth's syrup for $5.49. The sandwich option features a KFC breast fillet nestled between two mouthwatering waffles served with Mrs. Butterworth's syrup for $5.99 (also available as a combo meal for $7.99). For the hungriest chicken and waffles enthusiasts, Big Basket meals include two waffles and two syrups, with a choice of two-piece white meat, three-piece dark meat or four-piece tenders for just $7.99. Prices may vary by participating restaurants. 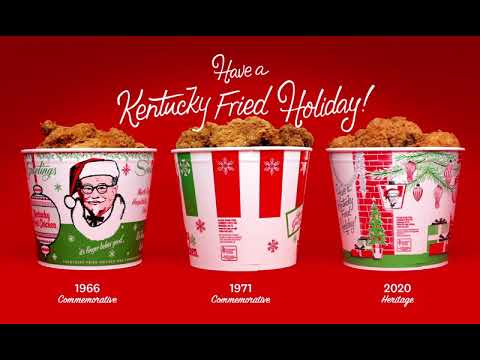 KFC Is Ready To Ignite Your Holiday Season With The Return Of Its ...