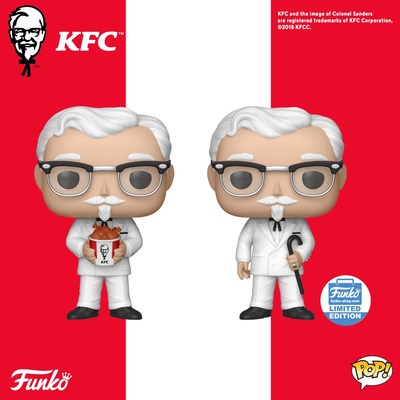 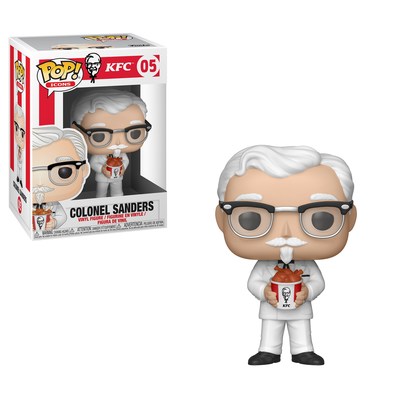 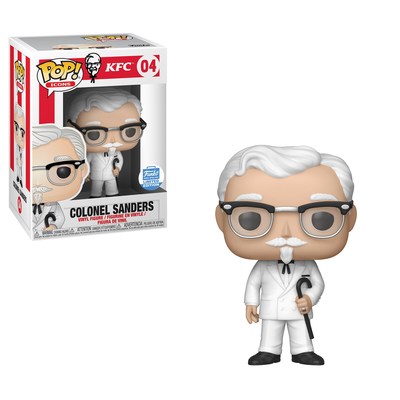 The Colonel's official debut as a Funko figurine features the chicken salesman holding a bucket of his famous fried chicken and is available for preorder on Amazon.com starting today, Jan. 23, at 9 a.m. EST, and will also be on the shelves of select retailers. A second figurine, featuring the Colonel with his signature cane, will be available exclusively on www.funko-shop.com beginning today at 2 p.m. EST.

"We know Funko Pop! fans are as obsessive about their collections as Colonel Sanders was about his famous fried chicken," said Andrea Zahumensky, KFC U.S. chief marketing officer. "Now people can add the world's greatest chicken salesman to their collections. I hear he's best admired alongside a $20 Family Fill Up."

Both versions of the Colonel Sanders Funko figurines are available for a limited time, while they last.

"It's great to offer fans a beloved figurine that has captured the hearts and stomachs of consumers across the world," said Andrew Perlmutter, Funko president. "Colonel Sanders' name and image have been synonymous with the fried chicken restaurant since its inception and we are excited to honor his influence on pop culture."

While this is the first time Funko has created a Colonel Sanders Pop! collectible, eagle-eyed Funko fanatics may recall a 50th anniversary limited edition Colonel Sanders Wacky Wobbler bobblehead that was released in 2002.