BLANCHARDVILLE, Wis., Dec. 5, 2019 /PRNewswire/ -- A new study reports high levels of patient satisfaction with a minimally invasive approach to creating vascular access for kidney patients who require hemodialysis. In addition, the researchers found that nearly all the dialysis access sites, or fistulas, were still functional after two years - a significant improvement over surgically created fistulas. 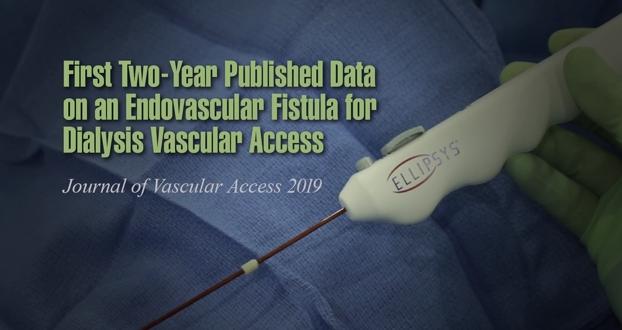 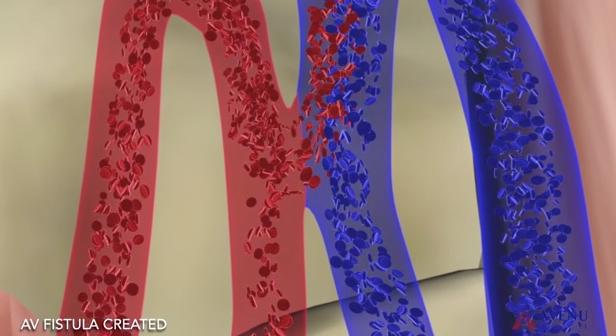 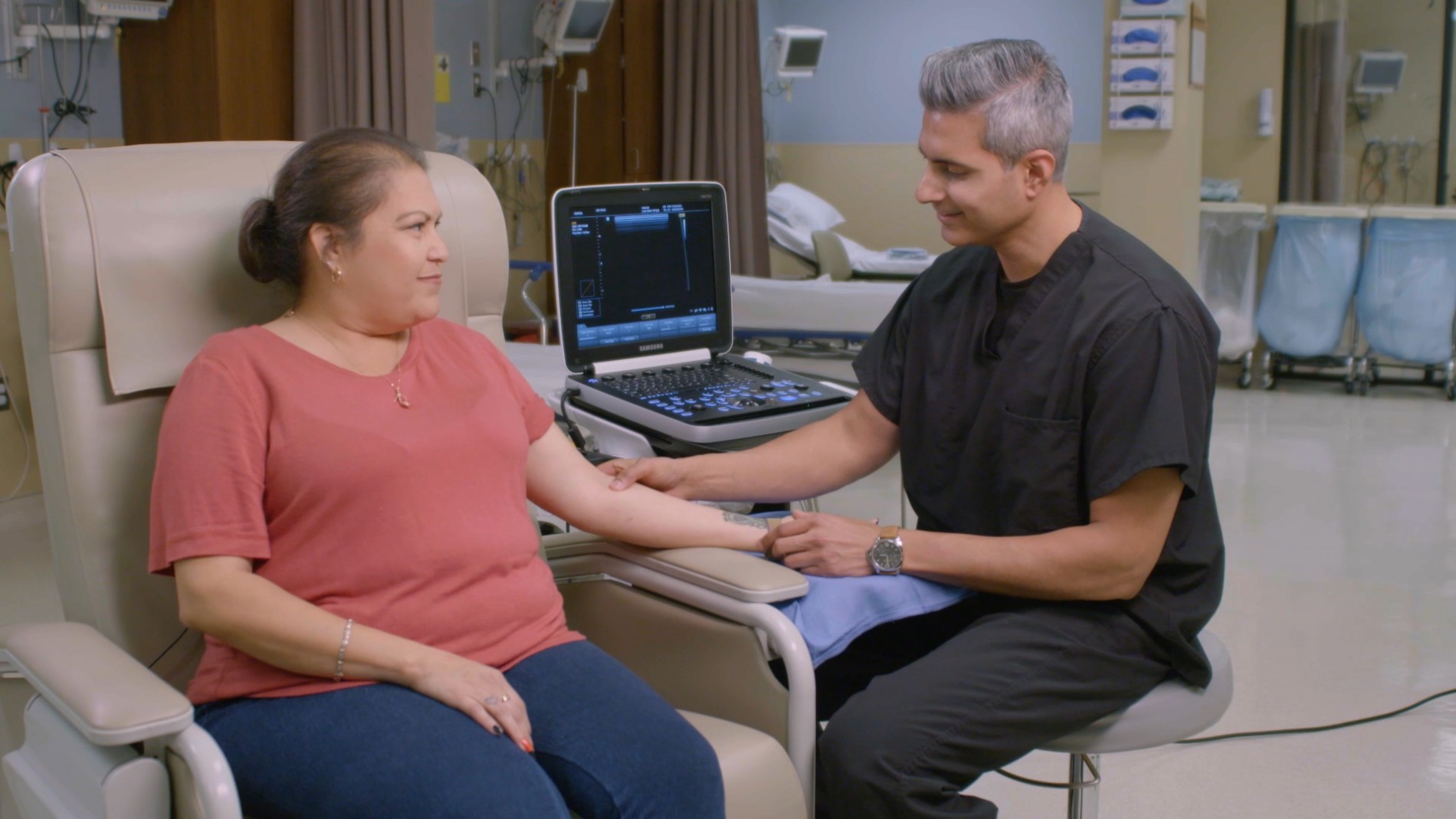 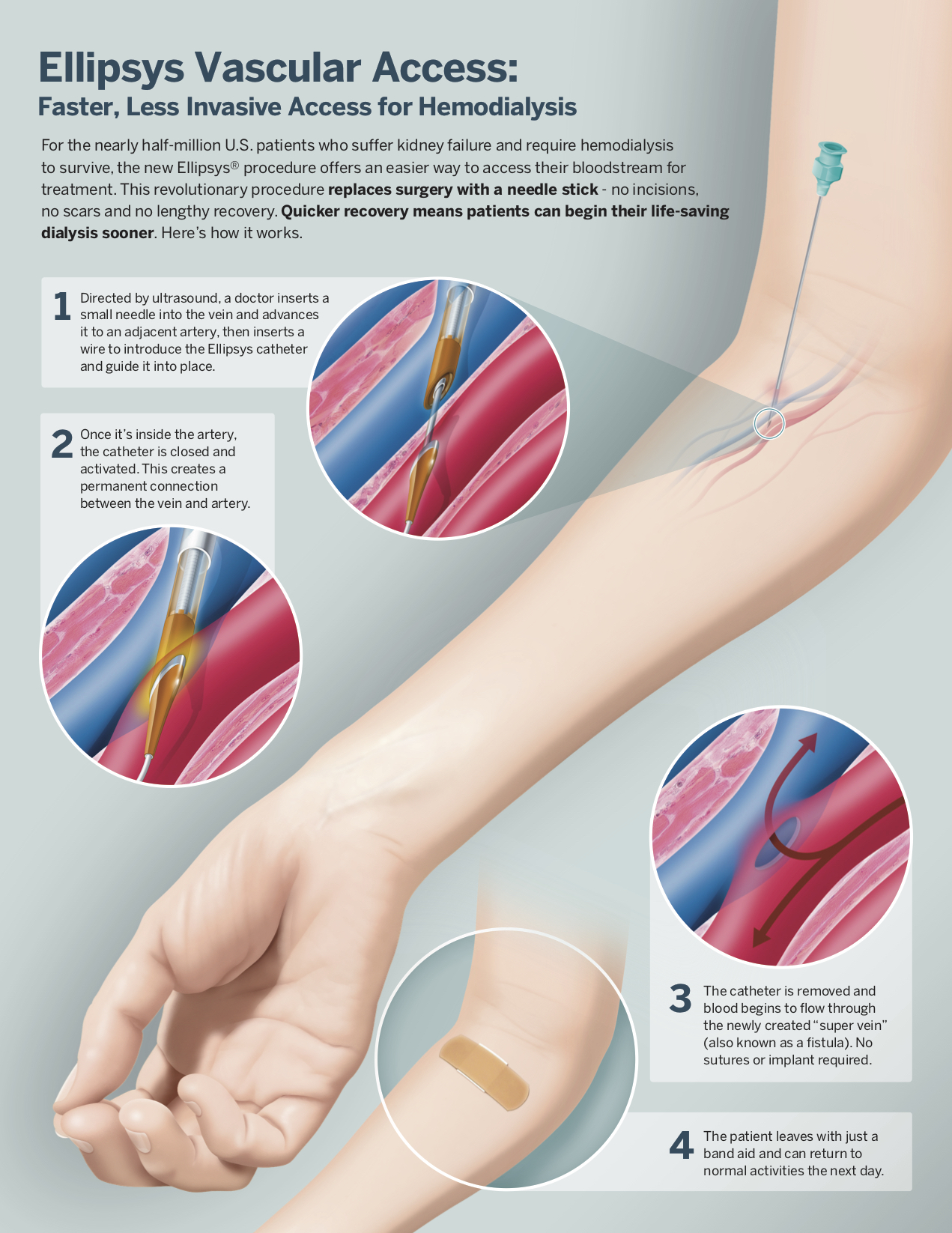 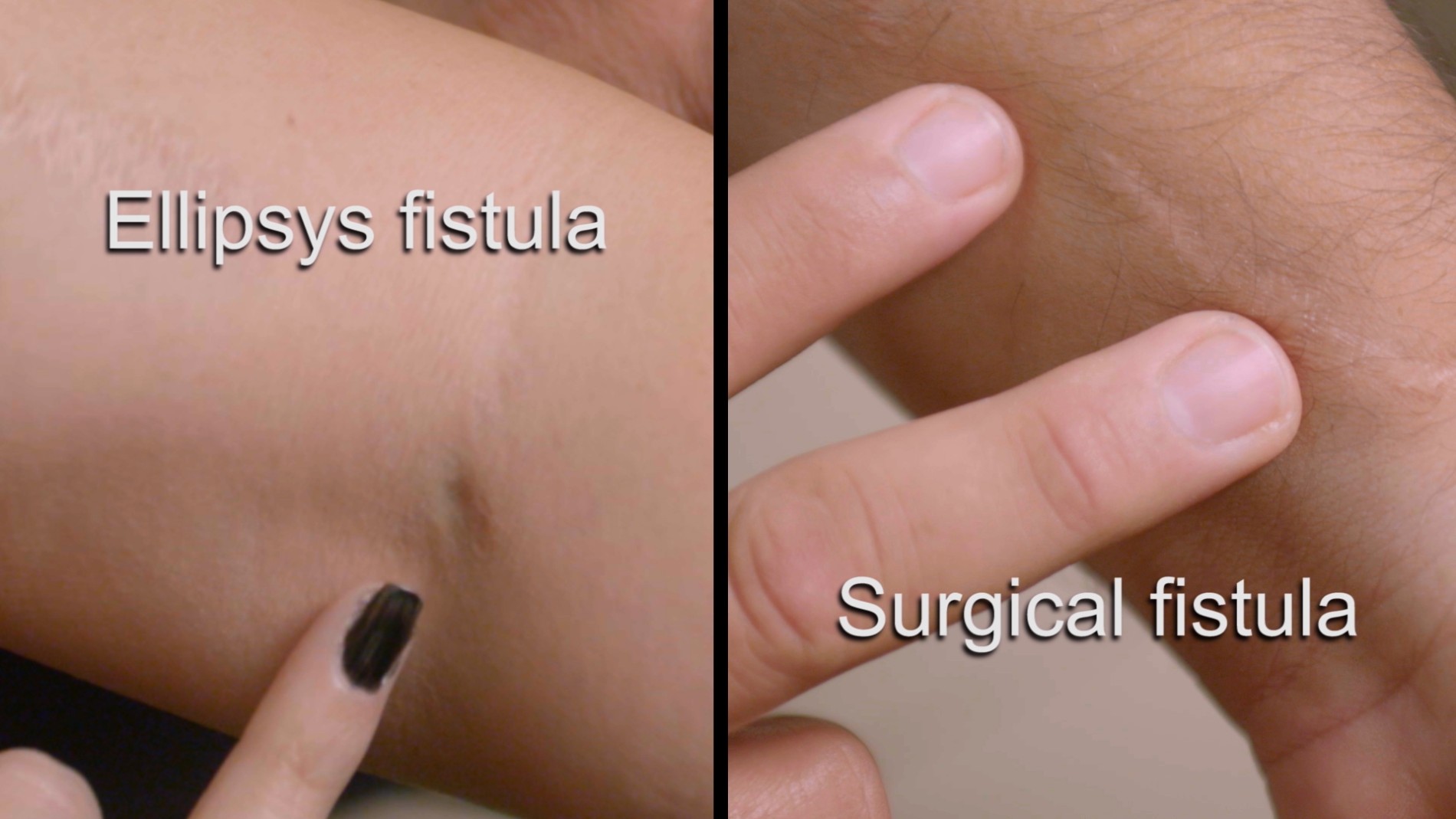 The study marks the first published two-year data for any endovascular fistula procedure. It was recently published online in the Journal of Vascular Access (JVA).

The multi-center study encompassed 105 U.S. patients who had their fistulas created with the Ellipsys® Vascular Access System and had at least two years of follow-up. Patients' responses in the study emphasized the avoidance of surgery, a perceived lack of pain and improved body image when compared to patients who underwent surgery.

Hemodialysis requires access to the patient's bloodstream, which is often created by establishing a permanent connection between an artery and a vein in the arm known as an arteriovenous fistula (AVF). Instead of an open surgical procedure, the innovative Ellipsys system creates a percutaneous AVF using just a small needle puncture and catheter.

"We knew fistulas created with Ellipsys functioned well in the beginning, but patients wanted to know how long their access sites would last. Our goal was to see how many still worked after two years while capturing patients' opinions on this innovative procedure," said Terry Litchfield, a study co-author and President of Access Solutions. "The results were overwhelmingly positive from both a patient and clinical perspective."

According to the survey responses, 93 percent of patients rated their overall satisfaction with the procedure as "excellent" or "very good." The study authors also reported that nearly 92 percent of the fistulas continued to function two years after the Ellipsys procedure. In contrast, less than two-thirds of surgically created fistulas are still functional after two years.

"The dramatic difference in durability between the endovascular fistulas and the surgically created ones is striking," said lead author Gerald Beathard, MD, PhD, a world-renowned interventional nephrologist at University of Texas Medical Branch. "The ability to quickly and easily create a fistula that will last a long time, without surgical trauma or the need for additional procedures, could represent a significant advance in dialysis patient care."

An AVF is the first choice for hemodialysis access because it lowers infection risk, lasts longer and costs less compared to other vascular access methods, such as central venous catheters and grafts. Until recently, the only way to create an AVF was an open surgical procedure that subjects patients to discomfort, longer recovery times and delayed dialysis.

Approved by the FDA in 2018 for patients with end-stage kidney disease, Ellipsys is the first significant innovation in hemodialysis access in over 50 years. It transforms a complex surgery into a minimally invasive procedure that can be performed in a hospital outpatient setting or ambulatory surgical center. A faster recovery allows patients to start hemodialysis sooner. The lack of scars or disfigurement typically associated with surgical fistulas means a more normal cosmetic appearance -- something the study revealed is very important to patients, Litchfield noted.

"I had no surgery – no stitches, no cuts and I wasn't put to sleep. I left with a band aid and went about my day," said Theresa Torres of Mesa, Ariz., who underwent the Ellipsys procedure in 2015 and utilized the fistula for dialysis until her kidney transplant in 2018. "I love the fact that I have no scar on my arm. It was amazing when I'd look at my fistula next to others in the dialysis unit. There was really no comparison."

Litchfield, who has been a patient advocate in the renal community for over 30 years, said patient-reported outcomes are an important piece of the technology innovation puzzle. Relatively few device makers utilize patient perspectives in their development process, which makes both the Ellipsys technology and the two-year data even more meaningful.

"In keeping with the national Advancing American Kidney Health Initiative, this new technology gives kidney patients another choice for vascular access that has the potential to improve their quality of life," she said. "It's exciting to see the push for innovation in dialysis access and even more exciting that patients' voices are being included in the process."

The Ellipsys Vascular Access System is manufactured by Avenu Medical. Nearly 1,000 patients worldwide have had the Ellipsys procedure since 2015.

About Terry Litchfield and Access SolutionsTerry Litchfield is the President of Access Solutions, an organization dedicated to providing patient advocacy consulting services within the dialysis industry. She has been active in the renal industry in a variety of capacities for over 30 years. Best known for her outcomes research and disease management for renal disease, vascular access and chronic kidney disease patients, Litchfield is the author of a number of publications in the field and has held influential positions throughout her career. She is active in many patient organizations, such as the Kidney Health Initiative's Patient and Family Partnership Council, American Association of Kidney Patients and Dialysis Patient Citizens.