GALMUDUG, Somalia, May 19, 2020 /PRNewswire/ -- KSrelief has responded to the urgent needs created by floods in Somalia. Heavy rains have affected the State of Galmudug and affected some 918,000 people, nearly half of which have been displaced.

A total of 2,400 food baskets (216 tons) were provided for the 14,400 people affected by the flooding in the areas of Bacadweyne, Dusmareb, Guri'el, Adado and Galinsoor. 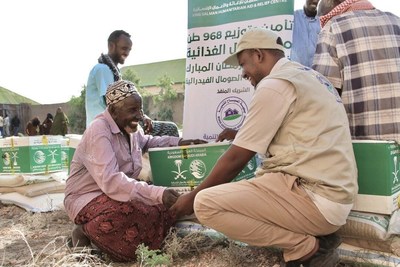 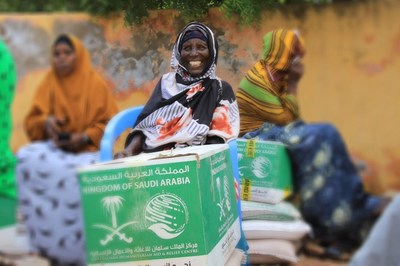 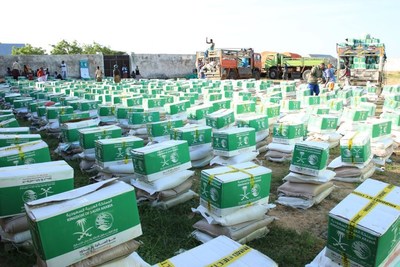 The Galmudug Minister of Humanitarian Affairs and Disaster Management thanked the Kingdom of Saudi Arabia for standing by and supporting the people of Somalia in these particularly difficult circumstances.

The Head of the King Salman Humanitarian Aid and Relief Centre Office for Africa, Youssef bin Bakhit, said the centre responded particularly quickly to the emergency appeal. He added the distribution is part of 3,000 food baskets allocated to support the needy in this region.

The SOMALIA Flash Flooding Update #5 report issued by OCHA confirmed that "Humanitarian partners and authorities have reached at least 182,000 people with life-saving assistance across the country. The partners are delivering food, clean water, emergency shelter, nutrition and medical supplies to people who were affected… In Galmudug State, assorted food rations donated by KSrelief have been distributed to 700 vulnerable households displaced by flooding in Bacadweyne. The same donor provided assorted food rations to vulnerable households, including IDPs, affected by floods in Dhuusamareeb."

Saudi Arabia is keen to provide help and support the most vulnerable in times of greatest needs and works to address human suffering in all its forms. It acts to protect life, health and ensure dignity and acts impartially and independently, in full respect of core humanitarian principles.