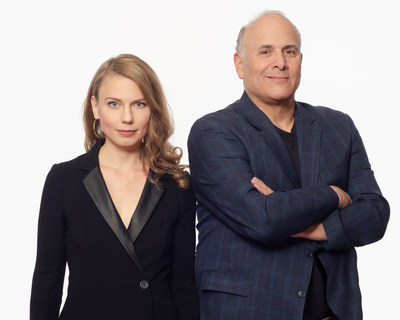 Hosted by Laura Nirider and Steve Drizin, famed attorneys, co-directors of Northwestern University's Center on Wrongful Convictions, and central figures in the smash hit Netflix docuseries Making a Murderer, the 13-episode podcast asks – and answers – the question: why would an innocent person confess to a crime they didn't commit?

The series comes from the team behind Wrongful Conviction with Jason Flom, the popular podcast featuring the tragic stories of men and women who have spent decades in prison for crimes they didn't commit. Flom, the executive producer of False Confessions and founder of Lava Media (which includes Lava Music and Lava for Good Podcasts), is also a founding board member of the Innocence Project. A longtime supporter of numerous respected criminal justice reform organizations, Flom has spent over 25 years seeking justice for the wrongfully convicted.

"False confessions are a key factor in one out of every four wrongful convictions in the United States," Flom explains. "With false and coerced confessions being such a common phenomenon, we wanted to take a closer look at how and why they happen so often."

Laura Nirider is a Clinical Associate Professor of Law at Northwestern University in Chicago. As a practicing lawyer with expertise in confessions and police interrogations, Nirider has spent her career representing individuals who falsely confessed to crimes they never committed – and driving reform in the interrogation room and the criminal justice system.  She has represented, among many others, Brendan Dassey, as well as Damien Echols of the West Memphis Three.

"In our podcast, we'll bring listeners into the interrogation room with us – into a world of psychological trickery and, sometimes, deep injustice," said Nirider. "By sharing twelve fascinating – and disturbing – true stories of false confession, our podcast will bring listeners inside our fight to end wrongful convictions, fix an unfair criminal justice system, and make the world a more just place."

"I've spent the past twenty years working to free men, women, and children who confessed to murders they did not commit," said Drizen. "Come learn about this fascinating phenomenon, and put your newfound knowledge to use in the pursuit of justice."

'One of the Greatest Stories Ever Told:' Nick Yarris Discusses...