PHOENIX, June 11, 2020 /PRNewswire/ -- Phat Scooters, a leader in recreational and commercial electric scooters, has added entertainment and media visionary Les Garland to its Advisory Board.

Garland joins Phat Scooters after a storied and illustrious career that began in Music radio and other facets of the Entertainment industry. A co-creator of MTV: Music Television, Garland played a significant role in introducing the world to the 24-hour music channel before going on to co-found VH1. Garland was instrumental in developing the anthemic marketing hook "I Want My MTV," credited as one of the most successful marketing campaigns ever.

Following his successful years with MTV, Garland went on to launch The Box Music Network, the world's first interactive music channel, which ultimately was acquired by MTV Networks. In the '90s, he became an executive in music icon Chris Blackwell's Island Records and Palm Pictures companies before launching his AfterPlay Entertainment company, where he participated in the launch of the College Television Network (now MTVU). Garland produced the Pepsi multi-format radio/tv campaign and has contributed to brands including Bacardi International and Zumba Fitness. Alongside his commitment to Phat Scooters, Garland is connected at the hip with Jeremy Renner, strategizing the delivery of his music to the world under the Record Street umbrella.

"Working with Les is an incredible opportunity for Phat Scooters," said Peter Johnson, founder, and CEO of Phat Scooters. "His knowledge and success in all facets of business is invaluable and will help us develop long term strategic plans for the company, as well as reach new markets by combining our networks."

"Now, more than ever, we've become highly conscious of the effect our actions have on the environment and earth. The electric Phat Scooter is not just fun to ride; it's an innovative game-changer in how we move around, leaving a zero to minimal carbon footprint," said Garland. "I see Phat Scooters as evolutionary instead of revolutionary in golf and in all sorts of family entertainment. It's an honor to be working with a group of people who understand the true meaning of creativity, togetherness, and humanity."

Since launching in summer 2017, Phat Scooters® has skyrocketed in popularity in the electric scooter market both commercially and as a personal lifestyle E-Cruiser. Headquartered in Tempe, Arizona, Phat Scooters has now expanded its product lineup to include its signature Phatty model, a Sport model, PHLEX model, a commercial HD, and Golf scooter, as well as a food delivery scooter. For more information, visit www.phatscooters.com or connect with Phat Scooters on Facebook or Instagram. 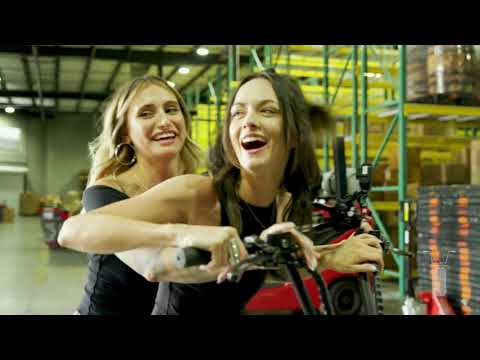