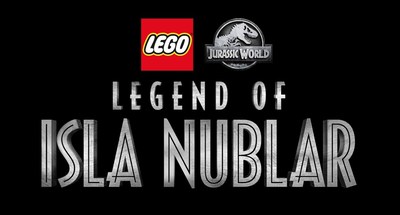 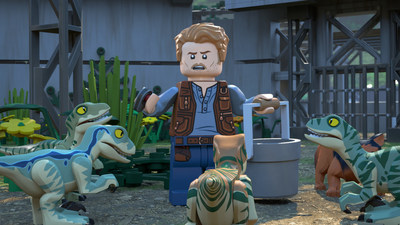 Click HERE for images and HERE to embed a first-look clip.

Set in 2012, newly hired animal behaviourist, Owen Grady, and Assistant Manager of Park Operations, Claire Dearing, team up on Isla Nublar to deal with everything the Jurassic World park throws their way, including runaway dinosaurs, ongoing construction to expand the park, throngs of tourists, unpredictable tropical weather and an impulsive boss!

In LEGO Jurassic World: Legend of Isla Nublar, there's also a mysterious saboteur with surprising ties to the park's past who is on a quest to find a legendary treasure and destroy Jurassic World forever. What could possibly go wrong? Well…everything.

A prequel to the brand-new mini-series, LEGO Jurassic World: The Secret Exhibit Part 1 and Part 2, will be available on the Nick App and VOD beginning Sunday, Aug. 25. In The Secret Exhibit, Simon Masrani has an idea for a new attraction that is guaranteed to keep Jurassic World at the forefront of theme park entertainment, but in order for it to succeed, he needs his right-hand can-do problem solver, Claire Dearing, and newcomer Owen Grady, to get a trio of dinosaurs across the park to the new, super-secret exhibit. Unfortunately, delivering the dinosaurs to the new attraction is not as easy as they thought!

Beginning, Sunday Aug. 25, a sneak peek episode, "Mission Critical," will be available for fans to watch on the Nick App, Nick On Demand and Nickelodeon's YouTube channel.

About Jurassic WorldFrom Universal Pictures and Amblin Entertainment, Jurassic World immerses audiences of all ages in a new era of wonder and thrills where dinosaurs and humankind must learn to coexist. Jurassic World is more than a film franchise. At every turn, this $5 billion film series delivers a larger-than-life destination for exploration, discovery, and epic adventure. Dinosaurs live again and they live in Jurassic World.

About the LEGO Group The LEGO Group is a privately held, family-owned company with headquarters in Billund, Denmark, and main offices in Enfield, USA, London, UK, Shanghai, China, and Singapore. Founded in 1932 by Ole Kirk Kristiansen, and based on the iconic LEGO® brick, it is one of the world's leading manufacturers of play materials.

Guided by the company spirit: "Only the best is good enough," the company is committed to the development of children and aims to inspire and develop the builders of tomorrow through creative play and learning. LEGO products are sold worldwide and can be virtually explored at www.LEGO.com. For more news from the LEGO Group, information about our financial performance and responsibility engagement, please visit http://www.LEGO.com/aboutus

About NickelodeonNickelodeon, now in its 40th year, is the number-one entertainment brand for kids. It has built a diverse, global business by putting kids first in everything it does. The brand includes television programming and production in the United States and around the world, plus consumer products, digital, location based experiences, publishing and feature films. For more information or artwork, visit http://www.nickpress.com. Nickelodeon and all related titles, characters and logos are trademarks of Viacom Inc. (NASDAQ: VIA, VIAB).