NAGOYA, Japan, March 27, 2017 /PRNewswire/ -- LEGOLAND® Japan, an outdoor kids' theme park where families can enjoy an entire day of fun, will open on Saturday, April 1, 2017. The designed train (nicknamed the LEGOLAND Train), which features an interior and exterior themed after attractions at LEGOLAND Japan, began service on the Nagoya Rinkai Rapid Transit's Aonami Line starting Monday, March 27. Together with the start of service, a departure ceremony for the Design Train was held on Sunday, March 26. 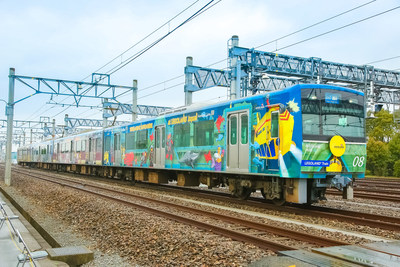 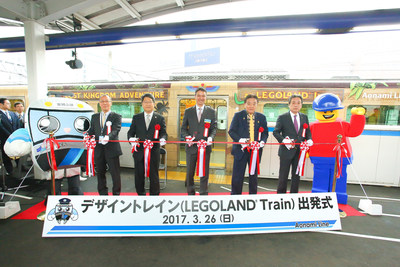 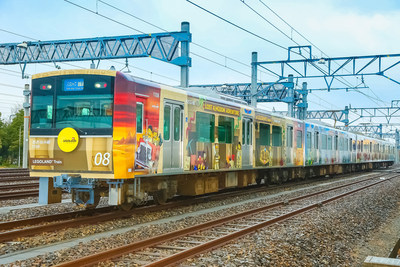 Speaking at the event, Jensen said, "Today, I am extremely honored to be able to introduce the LEGOLAND Train, the only one of its kind in the world in Nagoya, after plans for it were put into motion nearly three years ago." He added that "this day was made possible because of the cooperation of President Kondo of the Aonami Line and the City of Nagoya," and concluded by saying that "it excites me to think of the LEGOLAND Train carrying so many happy children to LEGOLAND Japan. We hope you are looking forward to April 1st and the Grand Opening of LEGOLAND Japan!"

The Train consists of four cars that are themed after the Lost Kingdom Adventure, The Dragon Coaster, Rescue Academy, and Submarine Adventure attractions so guests can begin their LEGOLAND experience before they arrive at the theme park.

*The order of the designs given above is from the lead car in the direction of travel when leaving Nagoya Station for Kinjo-futo Station.

LEGOLAND Japan will open on April 1, 2017. The park is geared for families with children between the ages of 2 and 12. At LEGOLAND Japan, you'll find more than 40 rides, shows and LEGO® themed attractions! For more information, visit www.LEGOLAND.jp.

MERLIN ENTERTAINMENTS plc is the leading name in location-based, family entertainment. Europe's number one and the world's second-largest visitor attraction operator, Merlin now operates 111 attractions, 13 hotels/4 holiday villages in 23 countries and across 4 continents. The company aims to deliver memorable and rewarding experiences to its almost 63 million visitors worldwide, through its iconic global and local brands, and the commitment and passion of its managers and approximately 27,000 employees (peak season). Visit www.merlinentertainments.biz for more information.