BOSTON, April 27, 2020 /PRNewswire/ -- Life is Good, the positive lifestyle and apparel brand, announced today that it will hold a global virtual commencement to honor all 2020 graduates and their families. The celebratory event will be hosted on @LifeisGood Facebook Live on Thursday, May 7th at 7pm EST, 4pm PST. The commencement address will be given by Life is Good Co-Founder and Chief Creative Optimist John Jacobs, and the event will be hosted by Bert Jacobs, Life is Good Co-Founder and Chief Executive Optimist.

"When we started our business 26 years ago, we were fresh out of school. It was a time of uncertainty and it was scary. We had no money, no business plan, and no clue. But we did have friends, and that's what made the difference for us. We never felt alone, so we were always able to put one foot in front of the other. Recently, when we learned that the Class of 2020 would be separated from each other for their final semesters, graduation ceremonies, and well-deserved parties, we decided maybe they could use a few new friends, a few good laughs, and some uplifting, artistic inspiration. This unique, homemade commencement celebration is for you Class of 2020. After all, you are 'virtually' 'The Greatest Class of All Time!'" said Bert Jacobs.

"It's clear that the class of 2020 has plenty to say. Sure, they have disappointments and concerns, but they have even more courage and grit," added John Jacobs. "We want to go big and celebrate these resilient optimists in a way that feels worthy of the unprecedented situation they're facing, while also finding a way to share the lessons they've learned. The best way we know how is with open ears, positive energy, humor, love, and some of the greatest artists on the planet."

Life is Good has stayed connected to the class of 2020 via social media to learn what these students are anxious about, challenged by, and hopeful for. Life is Good received hundreds of replies, with many '20 grads sharing moving, personal stories.

I have had more time to think and reflect about what I truly care about. What was seemingly everything was reduced to nothing in a matter of days. We truly do not know when something will be the last time we experience it.-       Mario K., Michigan State

This whole experience has opened my eyes to how fortunate I am and has made me more self-aware. If missing my senior spring and my friends is the greatest hardship I'll experience from this pandemic, I know that I am incredibly lucky. My family and I are fortunate that we are able to quarantine together. All this extra family time is an added bonus. -       Marykate F., Elon

Bert and John hope to share a fresh perspective with the Class of 2020, and show how their unexpected turns can lead to new discoveries, growth, and fulfillment. The commencement address, given by Chief Creative Optimist and renowned speaker John Jacobs, will address this challenging moment in time while also affirming the students' optimism and hope for the future. These inspiring stories also led to the company creating a special line of t-shirts focused on celebrating their unique shared experience.

This graduation celebration will be open to all and unlike any other, with viewer and speaker interaction through the live comment feature on Facebook. To conclude the celebration, friends of the brand and fellow optimists The Avett Brothers, Michael Franti, and In-Q will perform.

Life is Good will donate $1 up to $20,000 for every viewer that joins the virtual commencement to the Life is Good Kids Foundation. The Kids Foundation supports frontline healthcare workers and education professionals helping children overcome the impact of trauma. These everyday heroes need us now more than ever. Tune in Thursday, May 7th at 7pm ET, 4 pm PST @LifeisGood Facebook Live for this unforgettable celebration to honor the class of 2020.

About Life is GoodThe Life is Good Company is the original positive lifestyle apparel brand dedicated to spreading the power of optimism through art and messaging. The company donates 10 percent of its net profits to help kids in need through the Life is Good Kids Foundation. The Foundation's signature Playmaker Program provides teachers, nurses, social workers, and other childcare professionals with training, support, and workshops that help them understand trauma and compassion-informed care. Over 14,500 childcare professionals are engaged in the Playmaker Program, which improves the quality of care for more than 1 million kids each year. Life is Good® is a registered trademark of The Life is Good Company. Visit LifeisGood.com for more details, and follow Life is Good on Twitter, Facebook, and Instagram.

About The Avett BrothersThe Avett Brothers made mainstream waves with their 2009 major label debut, I and Love and You, landing at No. 16 on the Billboard Top 200 and garnering critical acclaim. 2012 saw The Carpenter hit No. 4 on the Billboard Top 200 and was followed by Magpie and the Dandelion (2013) which debuted at No. 5 on Billboard's Top 200 and saw the band appear twice on Jimmy Kimmel Live! True Sadness (2016) achieved The Avett Brothers' highest career debut to date hitting No. 1 on Billboard's Top Albums Chart, No. 1 Top Rock Albums Chart, No. 1 Digital Albums Chart, No. 3 on Billboard Top 200, and scoring two GRAMMY ® nominations. In the same year, the band was inducted into the North Carolina Music Hall of Fame. In 2017, the band released their critically acclaimed documentary May It Last: A Portrait of The Avett Brothers, which was co-directed by Judd Apatow and Michael Bonfiglio. The film followed the band as they wrote their GRAMMY ® nominated album True Sadness. The film was released theatrically and on HBO to rave reviews and critical acclaim and is now available on DVD/Blu-Ray/VOD. In November 2018, the band headlined the concert for Hurricane Florence Relief in Greenville, North Carolina, raising $325,000 to help those affected by Hurricane Florence. Last year, the band released their tenth studio album Closer Than Together featuring new single "High Steppin'" which reached #1 on the Americana Radio Chart. Coming soon: Swept Away - a new musical inspired by and featuring the music of The Avett Brothers.

About Michael FrantiMichael Franti is a globally recognized musician, humanitarian, activist and award-winning filmmaker revered for his high-energy live shows, inspiring music, devotion to health and wellness, worldwide philanthropic efforts and the power of optimism. Throughout his multi-decade career, Franti has earned Billboard No. 1's with triumphantly hopeful hits "Sound of Sunshine" and "Say Hey (I Love You)," five Top 30 Hot AC singles, eight Top 25 AAA Singles and three Billboard Top 5 Rock Albums. In January 2019, Franti released his self-directed documentary "Stay Human," which won an array of awards at film festivals worldwide and influenced his writing for his most recent album Stay Human Vol. II (Thirty Tigers), which debuted at No. 1 on both the Americana and Independent Album charts and received critical acclaim from USA Today, Billboard, Associated Press and Paste.  Amidst touring, Michael Franti & Spearhead have been in recording studios in Nashville, Los Angeles, and San Francisco working with A-list writers and producers on their most diverse record yet, Work Hard And Be Nice, set for release June 19, 2020.

About IN-QIN-Q is a National Poetry Slam champion, award-winning poet, and multi-platinum songwriter. His groundbreaking achievements include being named to Oprah's SuperSoul 100 list of the world's most influential thought leaders, being the first spoken word artist to perform with Cirque Du Soleil, and being featured on A&E, ESPN, and HBO's Def Poetry Jam. He's inspired audiences around the world through his live performances and storytelling workshops. Many of his recent poetry videos have gone viral, with over 70 million views combined. Ultimately IN-Q writes to entertain, inspire, and challenge his audiences to look deeper into the human experience and ask questions about themselves, their environment, and the world at large. 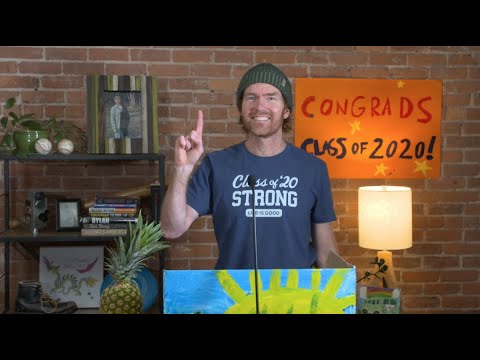 Life is Good continues to promote optimism in the outdoors by...