Offerman Family Home(s), June 11, 2018 /PRNewswire/ -- The apple doesn't fall far from the tree in the third installment of Nick Offerman's 'Father's Day.' As we've seen over the years, Nick and Ric Offerman have quite a few hobbies in common such as fishing and expertly creating things with their bare hands, however it's not likely folks realize how truly similar they are...even Nick and Ric. 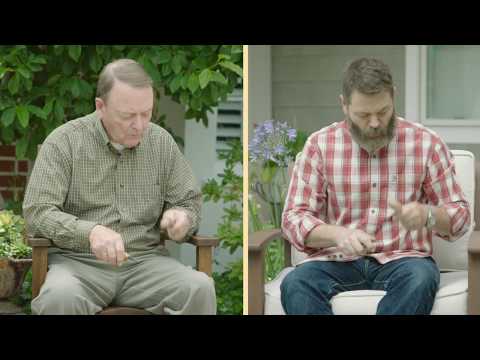 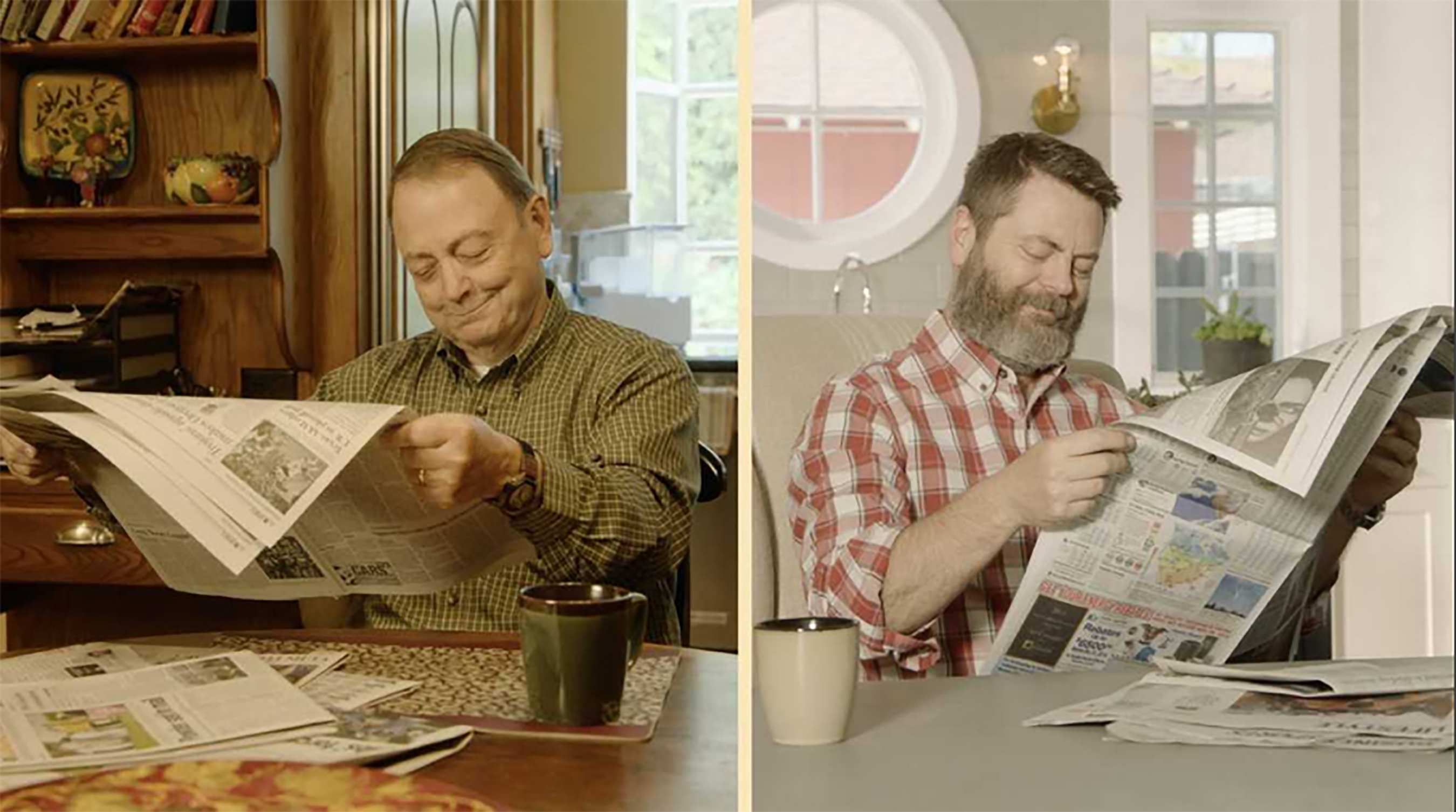 In the latest My Tales of Whisky video, we find ourselves experiencing a day in the life of an Offerman. From the break of first dawn, father and son set about their day with purpose. From catching up on timely current events, to tending to arduous yard work and even taking the necessary time to improve upon their woodworking skills, they are men of conviction. As they end their days with their preferred homecooked meal paired with their favorite whisky, father and son chat to recap their day.

Nick noted, "While my Dad and I utterly disagree on our preferred temperature for a porterhouse steak, we do agree that nothing beats a dram of Lagavulin whisky at the end of a day filled with good work. Along with good manners and an adherence to elbow grease, an appreciation of fine whisky has been a core tenet of the Offerman family for lo, these many generations."

To spare the potential rift between father and son that the temperature of a piece of meat can incite, we recommend sticking to something you can be sure to agree on: a love of quality whisky. We promise that a Father's Day enjoyed responsibly over a glass of Lagavulin Single Malt Scotch Whisky will be a holiday well spent…even Nick and Ric can mutually agree on that.

Check out the My Tales of Whisky YouTube channel (www.YouTube.com/MyTalesOfWhiskyOfficial) for the complete My Tales of Whisky series. Diageo, the makers of Lagavulin, and Nick Offerman, encourage you to sit back, relax, and watch & drink responsibly.

About Nick OffermanOfferman is an actor, writer, and woodworker best known for his role as 'Ron Swanson' on NBC's hit comedy Parks & Recreation. On June 8, Offerman will star alongside Kiersey Clemons in Brett Haley's "Hearts Beat Loud." Later this year, he will reunite with his Parks & Rec co-star Amy Poehler as a co-host and executive producer for NBC's Making It, an unscripted competition series celebrating craftiness and creativity. Offerman is a two-time New York Times Bestselling author and in October 2018 will release his fourth book partnered with his wife Megan Mullally, "The Greatest Love Story Ever Told."

About LagavulinSince 1816, Lagavulin Single Malt Scotch Whisky has been made in a picturesque huddle of buildings on Lagavulin Bay. Perhaps the most beautifully situated of distilleries, Lagavulin makes arguably the most intensely flavored, smoky and rich whisky of all. For many, this is the definitive Islay malt.