WOODLAND HILLS, Calif., May 18, 2020 /PRNewswire/ -- Andrea Blieden has been appointed chief executive officer of Lime Crime, the cult-favorite, color cosmetics and hair color brand that led the trend as one of the first vegan and cruelty-free brands. Lime Crime was backed several years ago by Tengram Capital Partners, which led the process for the hiring of Ms. Blieden. With her joining, Lime Crime is well-positioned to focus on its digitally native roots and expand upon the success of its retail launches both domestically and abroad.

Ms. Blieden is an e-commerce pioneer, who began her career working in the trenches of several e-commerce platforms and start-ups in the early days of digitally-driven commerce. Her expertise allowed her to quickly climb the ladder to Vice President of Brand and Retail Marketing at Kiehl's before leaving for The Body Shop in 2016. After spending one year as the VP of Marketing, she was promoted to General Manager of the US and has held that role until joining Lime Crime.

As General Manager Andrea led a team of nearly 1,000 employees and was responsible for The Body Shop's entire US market. She led the integration of the business after the brand was acquired by Natura from L'Oreal in 2017. Her responsibilities included all retail, wholesale and digital channels, growing brand awareness and marketing in the US. Under her leadership, The Body Shop launched a new website, loyalty program, and CRM initiatives and invested heavily into the growth of its digital business.

"Andrea's knowledge of the digital landscape, her ability to understand and effectively communicate with the customer base, and her passion for the Lime Crime brand and what it represents made her a perfect match for Lime Crime," said Matt Eby, Co-Founder and Managing Partner of Tengram. "With over 3.5 million Instagram followers, Lime Crime has an incredible social reach. We believe Andrea and her skillset will be able to build off of this strong foundation and grow the brand into something even more amazing and unique."

Blieden is stepping in at a time when the Company has seen extraordinary momentum recently in its hair color business (launched in 2017), driven recently during the Coronavirus crisis by the "quaran-color" hair trends. Celebrities such as Jennifer Love Hewitt have taken this time at home to dye their hair the bright blues and pinks that Lime Crime is known for and shared these new looks with their social media fan bases.

"There is no denying that the demand for Lime Crime is there – if you just look at the engagement across its social media channels, it's amazing," commented Ms. Blieden. "Even in times like these when so many brands are struggling to make genuine connections with their customers, Lime Crime's engagement is higher than ever and consumers are having so much fun engaging with this brand and the products."

Under Ms. Blieden's leadership, Lime Crime's goal is to dominate as an innovator in the digital space, while maintaining and growing its retail presence. The brand already has already demonstrated immense success in both its color and hair lines at brick-and-mortar retailers including Ulta in the US and Selfridges and Boots abroad. The Company also recently launched with a Chinese distributor last fall, which has seen unprecedented success with its hair color line.

"There is still so much untapped potential for Lime Crime," Blieden noted. "The brand is extremely relevant to today's cultural landscape; it represents freedom of self-expression and gives consumers the ability to be creative and have fun. Harnessing that in a meaningful way will really drive the business. Tengram has built a great foundation for growth, and I feel so fortunate to be a part of this brand." 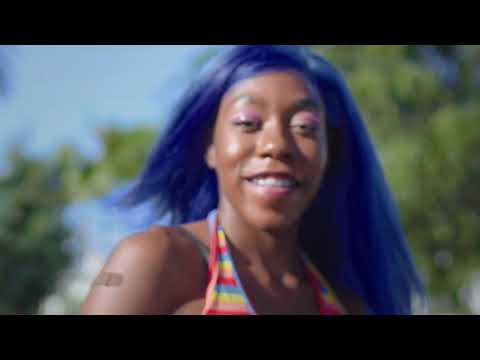