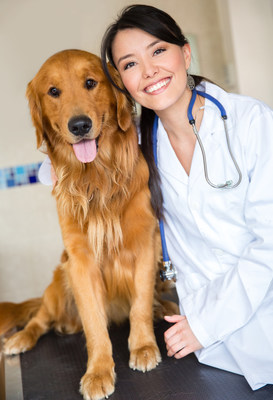 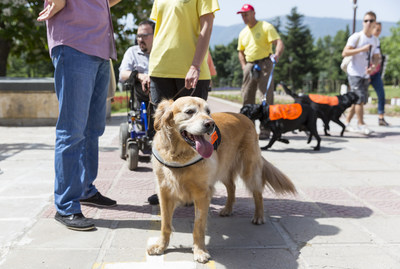 "Dog," the old saying goes, "is man(kind)'s best friend." But connections between dogs and people extend beyond their bond. Mankind can happily return the love and save your best friend in a meaningful new way by providing pain relief from a debilitating, all-too-common disorder.

What is Osteoarthritis, Anyway?OA is the most common form of ache-producing arthritis and can impact all breeds, sizes and ages, with 20% of adult dogs suffering from this condition.

Sometimes called the "bone on bone" condition, OA develops when the body's natural protective "pillow" of cartilage, located at the ends of bones, erodes over time. The resulting bone crunching seriously damages joints, especially those in the hands, knees, hips and spine. This causes OA's telltale pain, tenderness and stiffness. Dog sufferers also lose flexibility, while their joint bones grind and grate against one another. Bone spurs—extra bits of bone that feel lumpy—can develop. These tend to magnify the discomfort in an osteoarthritic joint.

The Exciting Technology Is Already HereA new study strongly suggests that LIPOGEMS, a medical technology developed in recent years for human orthopaedic patients, can also be used for mankind's best bud. LIPOGEMS was first cleared for use in human orthopaedic procedures in 2015 by the federal Food and Drug Administration. The state-of-the-art system utilizes a patient's own adipose (fat) to support healing, either with surgery or as a minimally invasive procedure in the office.

In the minimally invasive LIPOGEMS protocol, the animals' own fat cells are removed from the flank, also-called "love handles." The richly reparative fat tissue is then specially processed to screen out unwanted blood, oils and other contaminants. The now-cleansed fat cells (called micro-fragmented adipose, or MFAT) then are injected with precision into joints restoring some of the natural cushion between the bones. The simple LIPOGEMS outpatient procedure is over in less than an hour.

Dramatic Study Findings Bring Hope for Our Dogs…and Their Veterinarians

This multicenter study was led by a noted Italian veterinarian and researcher, Dr. Offer Zeira, and was conducted at leading veterinary sites throughout Europe. The results were published in July 2018 in a peer reviewed journal, Stem Cells Translational Medicine. The study's overall purpose was to evaluate the safety, feasibility and the clinical outcomes of using LIPOGEMS to treat spontaneous osteoarthritis in dogs. The positive results should prove very encouraging to both veterinarians and dog owners.

Study DetailsOverall, 130 dogs and 346 of their joints were treated, involving mostly hips, elbows and stifles. (The stifle, a dog's complex hind limb joint, is comparable to the human knee.) The degrees of OA ranged as follows:

One month after the LIPOGEMS procedure, 78 percent of the four-legged friends showed measurable improvement from the initial baselines. At six months, the Zeira team identified even more encouraging numbers: 88 percent of dogs showed steady improvement in pain reduction and function; just eleven percent remained the same, and one percent worsened. Impressively, 92 percent exhibited considerable or significant improvement in behavior, gait and function. Only six percent showed slight improvement, while two percent backslid.  Notably two years after the procedure, the owners still sent in videos of their furry friends and completed the pain questionnaires.

The animals' own fat —their LIPOGEMS-treated autologous micro-fragmented adipose tissue (MFAT)—performed well.  The study found MFAT safe for the dogs, as it produced no short- or long-term adverse events or side effects at the harvesting site or where the cells were delivered. The authors found that the MFAT remained in place up to 11 months after injection to cushion the area. The MFAT stayed put allowing the body to heal the natural way. Generally, larger dogs in the study benefited more than their smaller brethren. Plus, those canines with more severe OA—grades III and IV—demonstrated greater improvement than dogs placed in the two lower grades.

The FDA has cleared the Lipogems system for general use in orthopaedic and arthroscopic surgery since 2016, however the safety and efficacy of Lipogems for specifically treating osteoarthritis in humans has not yet been evaluated or confirmed by the FDA.

One Procedure for MANY Joints—In One Simple Visit

Since fat is easy to get from the animal's love handles, the study also reported that veterinarians can successfully inject the micro-fragmented adipose tissue in multiple joints or soft tissue during a single procedure. This eliminates the need for the dog to return for multiple visits to the vet.  The authors stated that other technologies like Platelet Rich Plasma injection require the dog to come back multiple times to achieve the same results that Lipogems can accomplish in one simple visit.

Based on study findings, authors said that the "LIPOGEMS procedure is simple, time-sparing, cost-effective, and minimally invasive."