NEW YORK, March 6, 2020 /PRNewswire/ -- ICON, a monthly men's fashion and lifestyle magazine based out of Milan, Italy, today released a special March edition shot and produced by the world-renowned American fashion photographer and filmmaker Bruce Weber. The issue features an exclusive 100-page collection of the prolific artist's photographs of contemporary cultural icons as well as a short film, "Everybody's Coming to My House," with music by David Bryne from his show American Utopia created by Weber for the magazine's website. 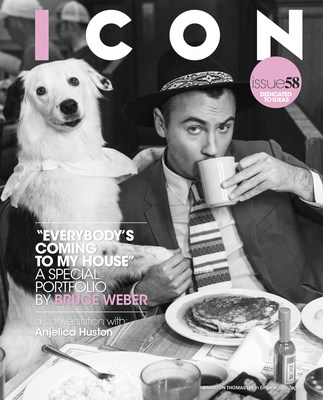 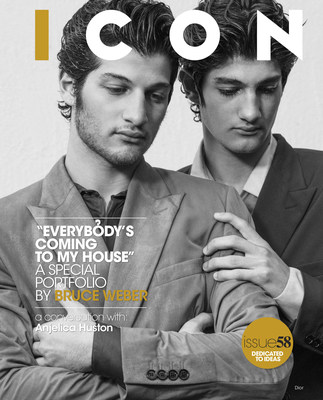 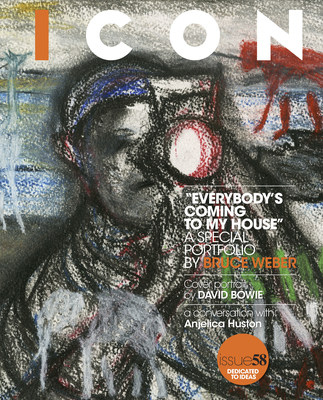 "The wonderful thing about working on this project and series of photographs, new and old, was the realization that so many of the people that I know in the film and movie world were doing philanthropic work long ago without any publicity," said Bruce Weber.  "They have big hearts and they wanted to do something good out in the world. It was an amazing discovery for me to find out these actors who did such excellent work early in their careers, and continue to do so, were completing the circle by engaging in charitable work."

The collection focuses on spotlighting the philanthropic work of celebrities with whom Weber has collaborated throughout his career, including Leonardo DiCaprio, Sean Combs, Thomas Brandon Lee, and Christy Turlington. It features black-and-white and color images of each celebrity interspersed with breathtaking natural and man-made landscapes. The issue has three cover designs: one, a portrait done of Weber by David Bowie in Capetown; two, a cover featuring brothers Antonio and Piero Cerbone-Teoli who attend the Frank Senatra High School for film; and the third cover of Actor, Brandon Lee with Hero, one of the Super Collies having breakfast.

The March edition is now on the shelves in Italy and available online worldwide at https://www.iconmagazine.it/.

About ICON MagazineICON Magazine is an international monthly men's fashion and lifestyle magazine based out of Milan, Italy. Relaunched by The Mondadori Group in March 2019, the magazine features articles, interviews and photos covering leading personalities in design, travel, technology, food & beverage, and cinema, with a particular focus on the world of beauty. ICON is distributed in dozens of major markets around the world, including the United States, Brazil, France, China, South Korea, Germany, Japan, Hong Kong, the United Kingdom, Spain, and Taiwan. Follow us on Instagram and Facebook.