NEW YORK, and LOS ANGELES, April 27, 2017 /PRNewswire/ -- Live Nation Productions announced today that Can't Stop Won't Stop: A Bad Boy Story is coming exclusively to Apple Music. The film will have its World Premiere at the 2017 Tribeca Film Festival and will be available to watch on Apple Music June 25, 2017.

In 1993, Sean "Diddy" Combs, aka Puff Daddy, founded Bad Boy Records, and changed American life forever. In 2016, the Bad Boy Family reunited for the biggest homecoming in hip-hop history, cementing their legacy as a driving force behind music and culture. 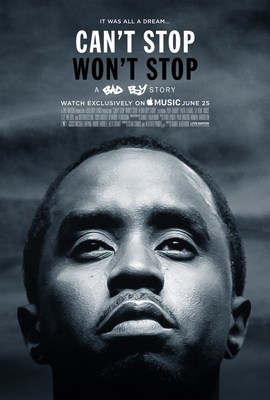 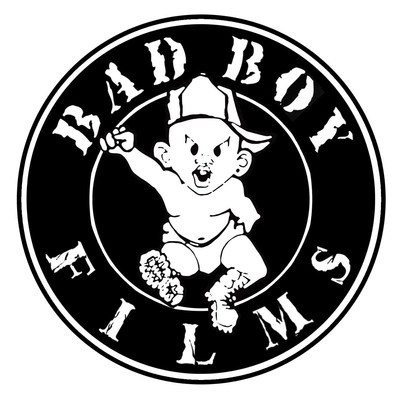 The film, produced by Sean "Diddy" Combs, and Heather Parry, alongside executive producers Michael Rapino, Andre Harrell and Alex Avant, explores the passion and personalities behind Bad Boy, and goes inside the ups and downs in the making of a movement and staging of an unprecedented musical event.

Live Nation Productions and director Daniel Kaufman share this intern-to-entrepreneur story with a raw and exclusive look behind the scenes at the history and legacy of Bad Boy through a complex portrait of the label's mastermind, Sean "Diddy" Combs, as he tries to reunite his Bad Boy Family in the course of a frantic three week rehearsal period. As the biggest names from Bad Boy's history prepare to celebrate the label's 20th anniversary, the film traces the label's emergence in Harlem and Brooklyn, follows its meteoric rise, explores the tragic killing of Biggie Smalls, and celebrates Bad Boy's influence in reshaping music, fashion, marketing and culture -- all while revealing the love and commitment that form the bonds between the Bad Boy family.

The film culminates with the May 20th and 21st, 2016 performances at the Barclay's Center in Brooklyn when iconic artists including PUFF DADDY, LIL' KIM, MASE, FAITH EVANS, MARIO WINANS, 112, TOTAL, CARL THOMAS, and THE LOX perform hit after hit to the sold out crowd and leaves the viewer with much more.

Sean "Diddy" Combs added, "I knew this was a story that should be shared with the world.  Heather Parry and Live Nation Productions, and Director Daniel Kauffman, helped create this very special documentary.  Now I'm blessed to also be working with Apple to showcase the film and share Bad Boy's history and impact with fans. The support Live Nation, Apple and everyone on the team has given to this project is a true testament to the Bad Boy legacy."

"As partners on both the hugely successful Bad Boy Family Reunion Tour and this documentary, Live Nation is proud to bring Puffy's vision to life," said Michael Rapino, CEO and President, Live Nation Entertainment. "With Apple Music on board, we will now be able to share this unique story about the power of live music with the world."