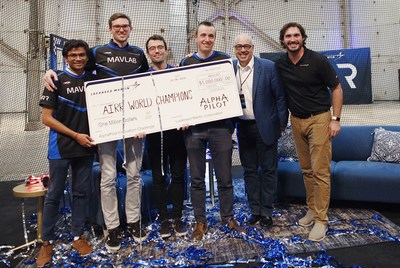 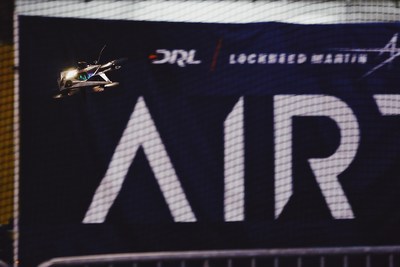 The AIRR Championship, which took place at the Austin American-Statesman in Austin, Texas, marked the final race of a four-event series that aims to advance the development and testing of fully autonomous drone technologies for real-world applications including disaster relief, search and rescue missions and space exploration. Nine international AlphaPilot Teams of students, engineers and programmers from five continents competed in AIRR by developing AI that could autonomously pilot standard, custom-built DRL RacerAI drones the fastest. Teams deployed their code on their drone's powerful AI-at-the-edge compute platform, the NVIDIA Jetson AGX Xavier, and watched from afar as the robots flew through large scale gates without any GPS, data relay or human intervention.

"The AlphaPilot open innovation challenge is about going fast, taking risks and pushing the boundaries of AI and autonomous flight," said Lockheed Martin Chief Technology Officer Keoki Jackson. "We are excited to recognize Team MAVLab and award them with the $1 million prize, but the most energizing part of this competition is seeing how Lockheed Martin's partnership with DRL inspired great emerging global AI talent to help our world leverage AI and autonomous technologies."

"Robotic sports, like drone racing, push the limits of speed and performance while creating thrilling opportunities to test and refine tech innovation for the real-world -- as seen through DRL's groundbreaking partnership with Lockheed Martin," said DRL CEO and Founder, Nicholas Horbaczewski. "We are incredibly excited for Team MAVLab, who designed the winning AI for high-speed racing drones in AIRR, contributing to the future of autonomous flight, which will revolutionize emergency response, aerial surveying and urban package delivery."

Team MAVLab proved to be the one to watch throughout the inaugural AIRR Circuit as they jumped the ranks, sped up their drone's gate pass-through time by nearly 66% and enabled the DRL RacerAI to fly consistently farther than the others. Though their drone had barely lifted off the podium and managed to spectacularly crash out across the first AIRR event in Orlando in October, they quickly innovated on their AI code during the mere weeks in-between all four races, working closely with Lockheed Martin and DRL mentors to push the boundaries of their AI technology. During the second and third AIRR races in Washington D.C. and Baltimore in November, Team MAVLab enabled their drone to navigate through gates and even finish the course. Their victory in Austin sets a precedent for future AIRR competitions, where constant innovation is required to drive speed and agility in autonomous flight.

"AI played a major part in our solution and we are thrilled to see it turned out to be very reliable during many of DRL's AIRR races. The team worked super hard on this and we are very grateful we were rewarded with this beautiful prize from Lockheed Martin. I would like to congratulate the other AlphaPilot Team finalists for making it this far, and I can't wait to see how autonomous drone technology innovation will continue to evolve over the next few years," said Christophe De Wagter, Team MAVLab Lead.

As a bonus lap to push the limits of performance between human and machine, Team MAVLab participated in an AI vs. human-piloted drone race. Both flying the DRL RacerAI drone, Team MAVLab's AI raced against DRL Pilot Gabriel "Gab707" Kocher, one of the best drone pilots in the world, who competes in the 2019 DRL Allianz World Championship Season. DRL Pilot Gab707 won the race, finishing in six seconds, just five seconds faster than Team MAVLab, showcasing the ever-closing gap in performance between AI and humans.

For fans interested in watching the futuristic final of AI-powered drones racing against each other, DRL will air highlights from the AIRR Championship on Sunday, December 29th at 4pm ET on NBC and via @DroneRaceLeague on Twitter.

About Lockheed Martin Headquartered in Bethesda, Maryland, Lockheed Martin is a global security and aerospace company that employs approximately 105,000 people worldwide and is principally engaged in the research, design, development, manufacture, integration and sustainment of advanced technology systems, products and services. 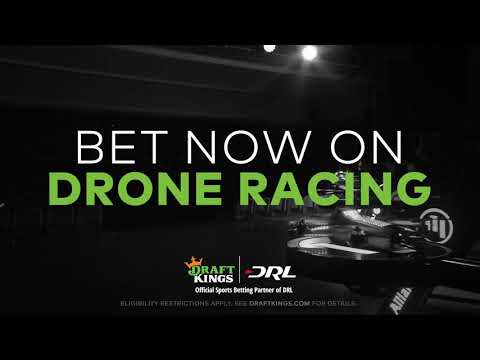 The Drone Racing League and DraftKings Take Flight with Official... 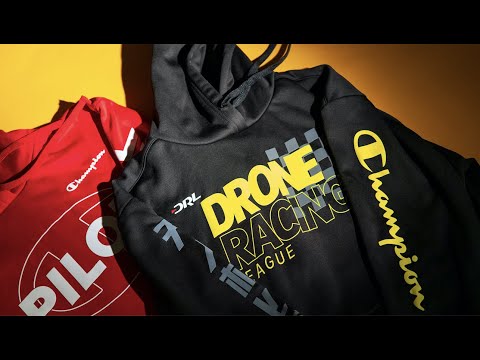