COLUMBUS, Ga. and HOLLYWOOD, Calif., March 8, 2017 /PRNewswire/ -- Fun Academy Motion Pictures today announced that Logan Lerman (PERCY JACKSON & THE OLYMPIANS) will headline the voice cast of SGT. STUBBY: AN AMERICAN HERO, an upcoming feature-length animated film based on the life and times of the United States Army's most decorated dog.

SGT. STUBBY tells the incredible true story of a stray mutt who became a hero of the First World War. For his keen instincts and fierce loyalty, Stubby became the first canine promoted to the rank of Sergeant in American history. 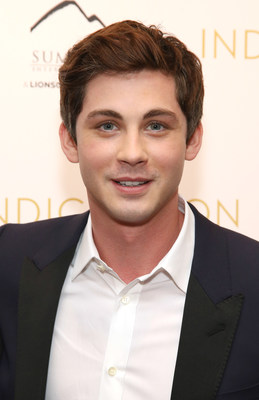 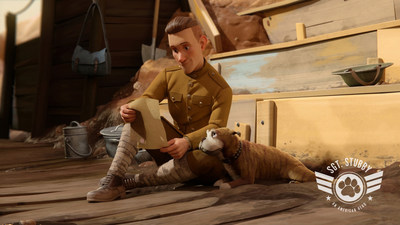 Lerman will voice Robert Conroy, a WWI "doughboy" whose life is forever changed when a little dog with a stubby tail wanders into training camp. Conroy gives his new friend a name, a family, and a chance to embark on the adventure that would define a century.

Richard Lanni, co-writer and executive producer of the film, commented on the announcement by saying, "We are very fortunate to find a young man like Logan Lerman who can breathe such life into the story of an ordinary man and his ordinary dog who, together, perform extraordinary feats of valor."

The film is produced by Labyrinth Media & Publishing, Ltd. with animation by Mikros Image, a Technicolor company, from their studios in Paris and Montreal. Fun Academy will distribute the film throughout North America.

SGT. STUBBY: AN AMERICAN HERO is slated to premiere on April 13, 2018. Follow Stubby and Conroy's journey out of the history books and onto the big screen: www.facebook.com/StubbyMovie | @StubbyMovie

ABOUT FUN ACADEMY MOTION PICTURES Fun Academy Motion Pictures is a Georgia-based film production and distribution studio, providing innovative educational entertainment to audiences worldwide through partnerships with motion picture exhibitors.  Fun Academy is a trademark of Fun Academy Incorporated, registered in the United States of America and the European Union. All other trademarks are owned by their respective companies: http://www.funacademystudios.com/