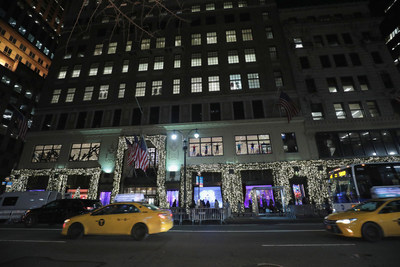 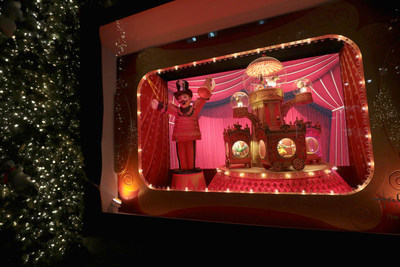 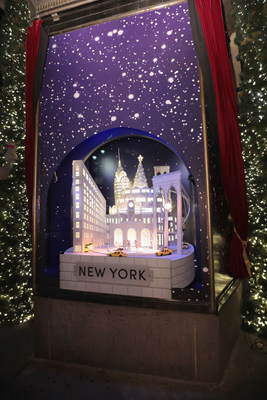 The Fifth Avenue windows have been transformed into a whimsical journey, as seen through the lens of enchanted snow globes, featuring over 60 variations throughout the display. Each of the five animated windows boasts a unique scene, including:

In addition to the Fifth Avenue display, Lord & Taylor partnered with Hallmark Channel to create a series of windows along 38th Street. Both companies cherish the holiday season and have joined efforts to further delight customers. The windows feature special animations that celebrate Countdown to Christmas, the network's programming event.

"New York is a special place to be during the holiday season and experiencing the magic within our iconic department store is a part of that tradition," said Liz Rodbell, President of Lord & Taylor. She continued, "Lord & Taylor believes in giving back to its communities. We are thrilled to work with Madison Square Boys & Girls Club as a charity partner that helps support and enhance the lives of New York City's youth."

Lord & Taylor, alongside many of its vendors, will make a generous contribution to the Madison Square Boys & Girls Club this holiday season.

The Lord & Taylor holiday windows are considered a gift to the city as the retailer never includes commercial products in its animated displays on Fifth Avenue. The windows are created by a team of nearly 75 craftsmen, artists and engineers who have spent more than 35,000 hours refining every detail. In the days leading up to the unveiling, the vignettes are raised into the street-level windows on hydraulics—a unique feature of the 103-year-old landmarked building. The retailer introduced its first-ever animated holiday windows in 1937.

In 2016 and 2015, Lord & Taylor was honored with design:retail magazine's Winning Windows award, receiving the Gold Award and Platinum Award respectively.

LIVE STREAMINGThe New York window unveiling of The Best And The Brightest was live-streamed via the Lord & Taylor Facebook page for audiences near and far to enjoy. The online event is available here and will be available throughout the holiday season.

SOCIAL MEDIALord & Taylor welcomes viewers to connect on social media channels, listed below and to follow #LTHoliday for insider access.

ABOUT LORD & TAYLORFounded in 1826, Lord & Taylor is the oldest department store in the United States and one of the country's premier retailers. It has built its reputation on offering high-quality fashion apparel and accessories, exciting store environments, and seamless service. Lord & Taylor operates 50 full-line locations primarily in the northeastern and mid-Atlantic U.S. and lordandtaylor.com. It is part of the Hudson's Bay Company brand portfolio.

ABOUT MADISON SQUARE BOYS & GIRLS CLUBMadison Square Boys & Girls Club: Since 1884, Madison has been saving and enhancing the lives of youth by providing youth development services for children in New York City's most disadvantaged communities. Programs are engineered to empower each member to achieve three priority outcomes: Academic Success, Good Character & Citizenship, and the adoption of a Healthy Lifestyle. Every day, Madison provides thousands of children with a safe and positive environment, one where fun is encouraged and positive role models are plentiful. A founding member of Boys & Girls Clubs of America, Madison currently serves more than 5,000 youth, ages 6 to 18, at four Clubhouses throughout Brooklyn and the Bronx. www.madisonsquare.org