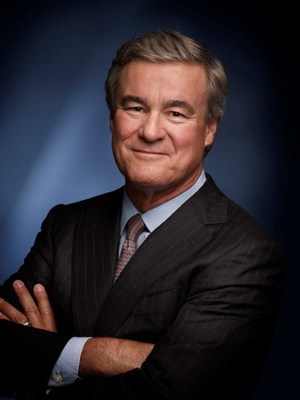 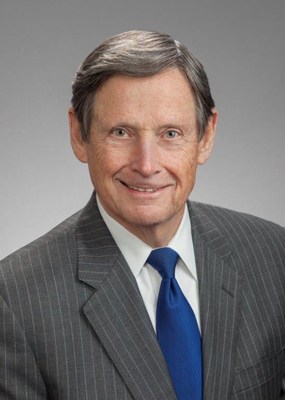 "The Institute is proud to honor Trevor Rees-Jones with this prestigious award," said Bruce Bullock, director of the Maguire Energy Institute. "Trevor has proven himself to be one of the great modern wildcatters exhibiting a record of leadership, innovation and ethics, very much like Frank Pitts in his day.  We are also pleased to present our Pioneer Award to Forrest Hoglund, who is a trailblazer in this industry to this day.  Both of these men are making big differences not only in the petroleum industry, but in the communities in which they live and operate"

Rees-Jones entered the oil and gas business in 1984 as an independent operator working in exploration and production. In 1994, he founded Chief Oil & Gas, an early operator during the development of the Barnett Shale field in North Texas. Chief began operating in the Marcellus Shale play in Pennsylvania and West Virginia in 2008. Rees-Jones and Chief established midstream companies in both the Barnett and Marcellus, gathering and delivering natural gas from wells drilled by Chief and other operators. Chief Oil & Gas is the nation's largest privately-owned producer of natural gas, operating over one percent of the country's daily natural gas production. In addition to serving as CEO of Chief Oil & Gas LLC, Rees-Jones is also CEO of Rees-Jones Holdings LLC. He earned a Bachelor of Arts (BA) from Dartmouth College and a Juris Doctor (JD) from SMU School of Law (now the SMU Dedman School of Law). Active in a number of community outreach and non-profit efforts, Rees-Jones is a past president of the Dallas Petroleum Club and the Dallas Hardhatters Committee (now the Dallas Wildcatters Committee).

Under Hoglund's leadership, SeaOne Holding LLC transports compressed gas liquids to provide low-cost, clean fuels to Caribbean and Central American countries. Previously, Hoglund was chairman of the board and CEO of EOG Resources, Inc., one of the most active drillers of gas wells in the U.S. and Canada. Under his leadership, EOG Resources went public and grew into one of the industry's best performing independent oil and gas companies. Before joining EOG Resources in 1987, Hoglund was president and CEO of what was then one of the industry's fastest growing independent producing companies, Texas Oil & Gas Corporation (TXO). Hoglund earned a Bachelor of Science (BS) in mechanical engineering from the University of Kansas and began his career with Exxon Corporation. Hoglund chaired the committee that raised $185 million to build the Perot Museum of Nature and Science in downtown Dallas. He is the chairman of The Hoglund Foundation, which awards grants to educational, medical, and social needs programs in Dallas and Houston.

Rees-Jones is the seventh recipient of the L. Frank Pitts Energy Leadership Award. The first award was presented in 2010 to Ray L. Hunt, chairman and CEO of Hunt Oil Company and chairman, CEO and president of Hunt Consolidated, Inc. The 2011 recipient was J. Larry Nichols, now retired co-founder and executive chairman of Devon Energy Corporation. Mark Papa, now retired chairman and CEO of EOG Resources, Inc., received the award in 2012. Scott Sheffield, chairman and CEO of Pioneer Natural Resources Company, was the 2013 honoree. In December 2014, the Pitts Award was presented to David Miller, co-founder and managing partner of EnCap Investments, L.P. Rex Tillerson, current nominee for U.S. Secretary of State, was honored in January of 2016, while he served as chairman and CEO of ExxonMobil.

The Maguire Energy Institute Pioneer Award was first presented in 2011. Three iconic Texas oilmen were honored that year, including retired oil and gas executive John Harbin, who served as CEO of two different energy companies and chairman of the third one. Louis A. Beecherl, Jr., former chairman and president of the Texas Oil & Gas Corporation (which eventually merged with U.S. Steel Corporation) and William P. Clements, Jr., who co-founded Southeastern Drilling Company Inc. (SEDCO) and eventually served two nonconsecutive terms as Texas governor, were both honored posthumously. Edwin L. Cox, who spent his career in oil and gas exploration and became the benefactor of the Cox School in 1978, received the Pioneer Award in 2012. Hoglund becomes the fifth legendary industry figure to receive the honor.

The L. Frank Pitts Energy Leadership Award was created in 2010 to honor the legacy of Texas oilman and independent oil and natural gas producer L. Frank Pitts, who participated in the drilling of more than 3,000 wells over almost seven decades. The late oilman served as a member of the Maguire Energy Institute Advisory Board. Pitts' daughter, SMU alumna Linda Pitts Custard (BA '60, EMBA '99), is a former member of the SMU Board of Trustees, and she serves on the Award Event Committee for the Pitts Energy Leadership Award Luncheon.

The annual Pitts Energy Leadership Award event raises funds to support the Maguire Energy Institute, named in honor of oilman and co-founder Cary M. Maguire, as well as BBA and MBA scholarships for students with degree concentrations in energy. A portion of the proceeds raised by this year's event will help support the educational goals of two SMU Cox students: Houston native and SMU Cox BBA Energy Club President Zach Plemenos, who will complete his BBA in finance in May 2018; and Oklahoma City native and MBA Energy Club President Maggie Miller, who will complete her MBA in May this year, with a concentration in energy finance.