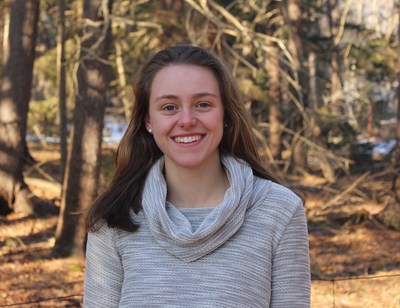 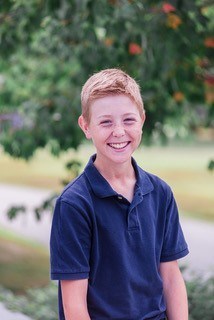 In recognition of the spirit of service that they have demonstrated in their communities, Isabel and Charlie – along with 100 other top youth volunteers from across the country – were also each given $2,500 to donate toward the local COVID-19 response efforts of a nonprofit organization of their choice. These funds come in addition to the $1,000 scholarship and engraved silver medallion they earned as Maine's top youth volunteers of 2020.

As State Honorees, Isabel and Charlie also earned an all-expense-paid trip to Washington, D.C. for the program's annual national recognition events; the trip, however, was canceled due to COVID-19 and changed to a three-day online celebration this past weekend. In addition to remarks and congratulations from actress Kristen Bell, honorees had opportunities to connect with each other through online project-sharing sessions, learn about service and advocacy from accomplished past Spirit of Community honorees, hear congratulatory remarks from Lowrey and NASSP Executive Director and CEO JoAnn Bartoletti, and more.

Isabel (pictured left), a senior at Cape Elizabeth High School, made a video to educate middle-level students about the dangers of e-cigarettes and to discourage them from vaping. Two years ago, Isabel noticed a marked increase in vaping at her school–in locker rooms, school bathrooms, even in classrooms. "Addictions were taking over the lives of many students as vaping became the norm," Isabel said. "While many students thought it would be a fad, they quickly became addicted to the nicotine." Isabel knew what she wanted to do: make a video to get the message out that vaping is dangerous, and try especially to reach middle school students before they start the habit.

After meeting a young woman who had become addicted to vaping but had been able to quit, Isabel decided she would create the video around her and her mother. Isabel began researching to learn everything she could about the consequences of vaping and how the e-cigarette industry markets its products. She interviewed doctors, a substance abuse professional, parents and students to get different perspectives. Isabel then wrote a script and shot and edited the video herself, focusing on vaping and topics such as peer pressure, refusal skills and the fragile nature of the developing brain. Her video has now been incorporated into her school district's middle school health curriculum, and has been shown at multiple community forums. "My video has been viewed by about 800 different individuals," said Isabel. "It has been an important discussion starter."

Charlie (pictured right), an eighth-grader at Brunswick Junior High School, helps young athletes with intellectual and physical disabilities on the basketball court through his volunteer work with a local chapter of Special Olympics. For most of his early years, Charlie was an all-star athlete whose life revolved around soccer, baseball and basketball. All that changed at age 12, when doctors diagnosed him with a rare genetic heart condition and told him he could never play competitive sports again. "I was devastated," Charlie said. But after the initial shock, Charlie decided that even though he would never compete again, he could help others improve their athletic prowess. "I realized being an athlete is not wearing a championship hat, but wearing an athlete state of mind," he said.

In late 2018, he decided to work with a Special Olympics Unified basketball team in several capacities. For this team of high school players, Charlie serves as assistant coach, statistician, score keeper and fundraiser. He also contributes food for team dinners and encourages his family, friends and acquaintances to attend games so the team has cheering fans in the stands. With his own money, Charlie created a team photo book that he gave to each player at the end of the season. In addition, Charlie recruited a friend to help him create gift bags containing warm hats, scarves and mittens for 500 winter athletes participating in the 2019 winter games at Sugarloaf Mountain. "Every athlete has different strengths and weaknesses," he said. "I wanted to help Special Olympic athletes find their personal strengths. In doing so, I found my own."