GREENSBORO, N.C., Dec. 17, 2019 /PRNewswire/ -- If you had your own private jet, where would you go? A North Carolina private jet service teamed up with ESPN's fantasy football analyst, Matthew Berry, to give American travelers a shot at winning a free private flight on a brand new HondaJet Elite. The criteria to enter are simple: tweet your most memorable travel story to Matthew Berry and Jet It, follow @Gojetit_, and use #JetItContest. 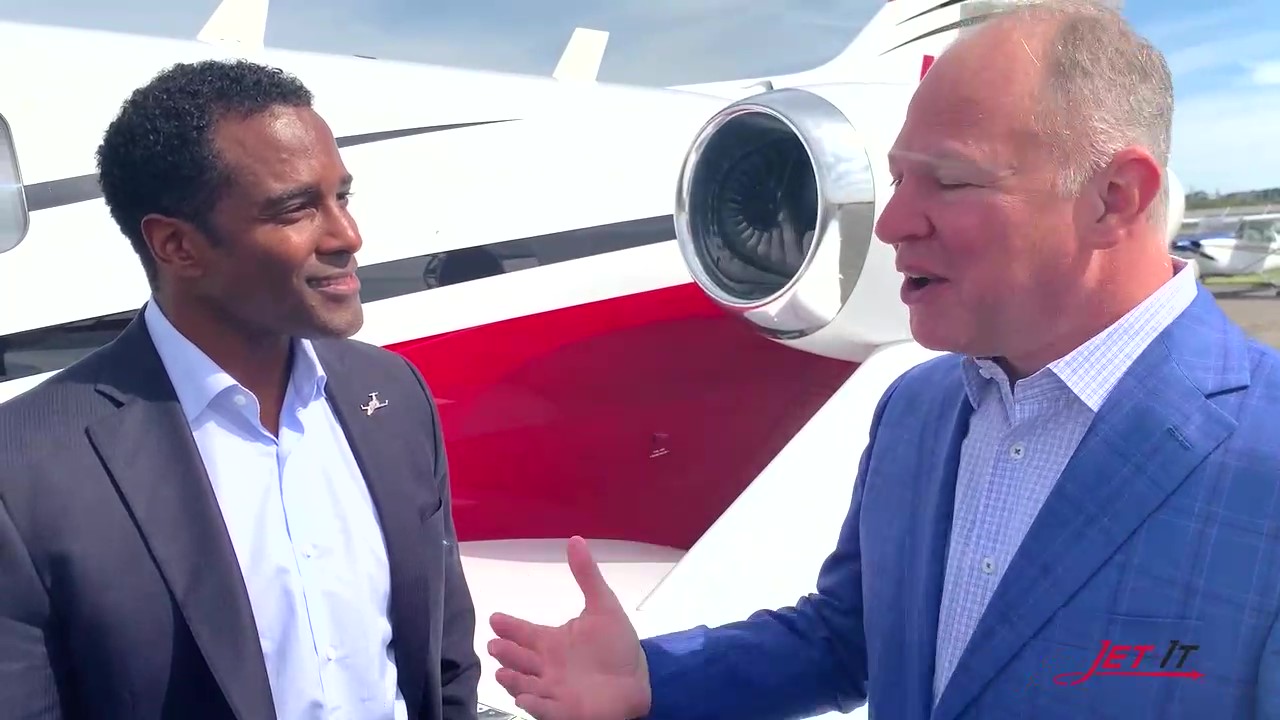 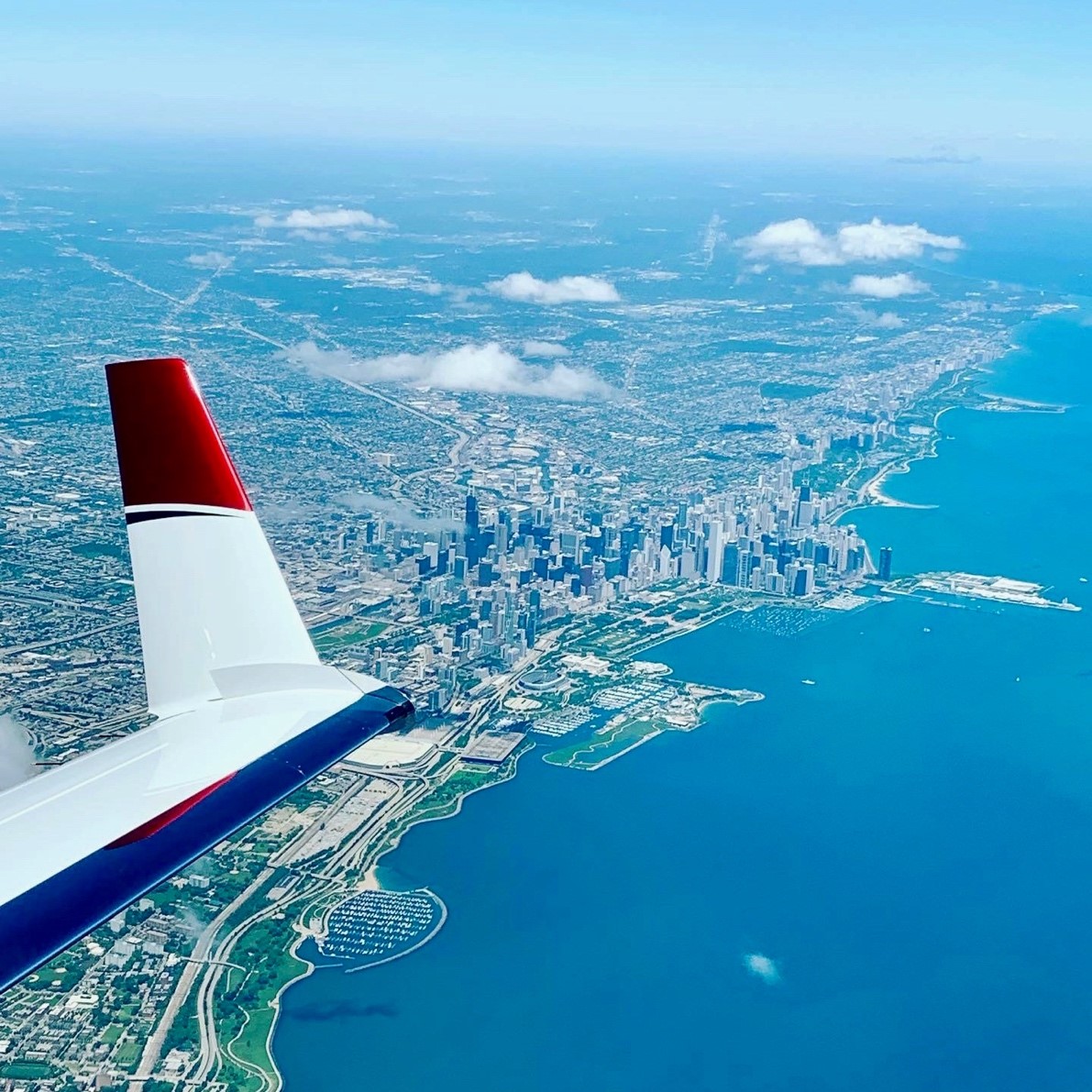 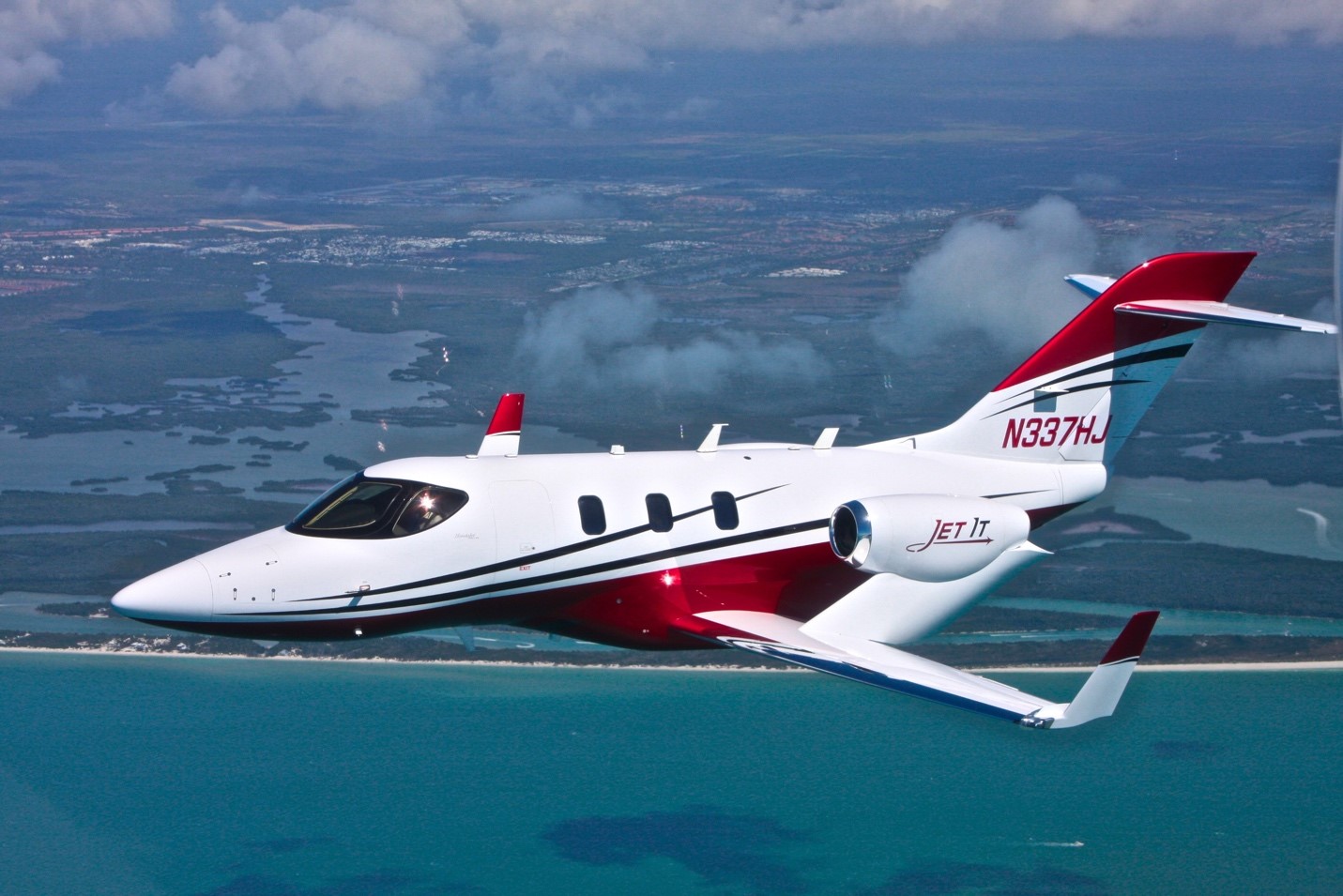 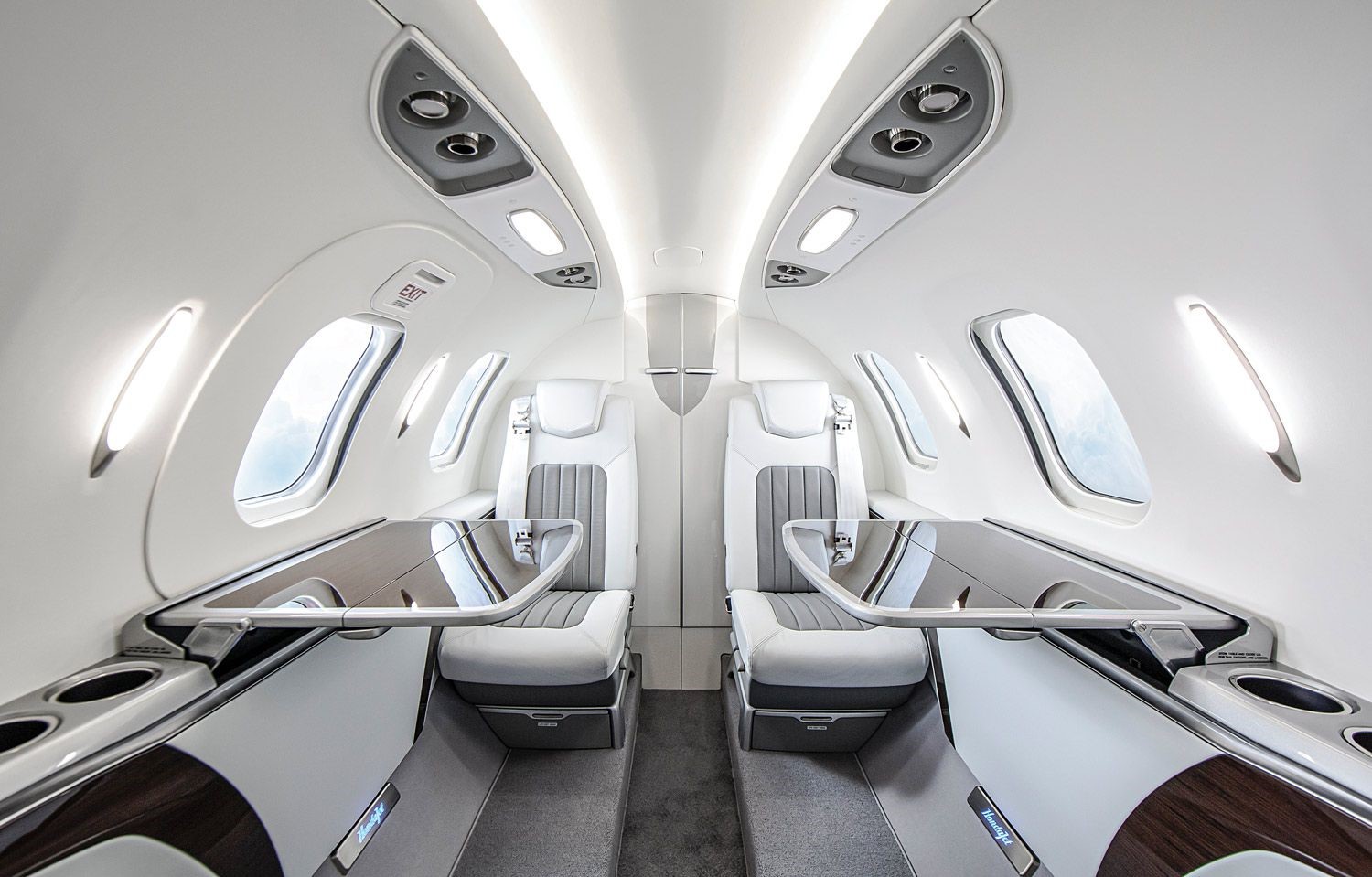 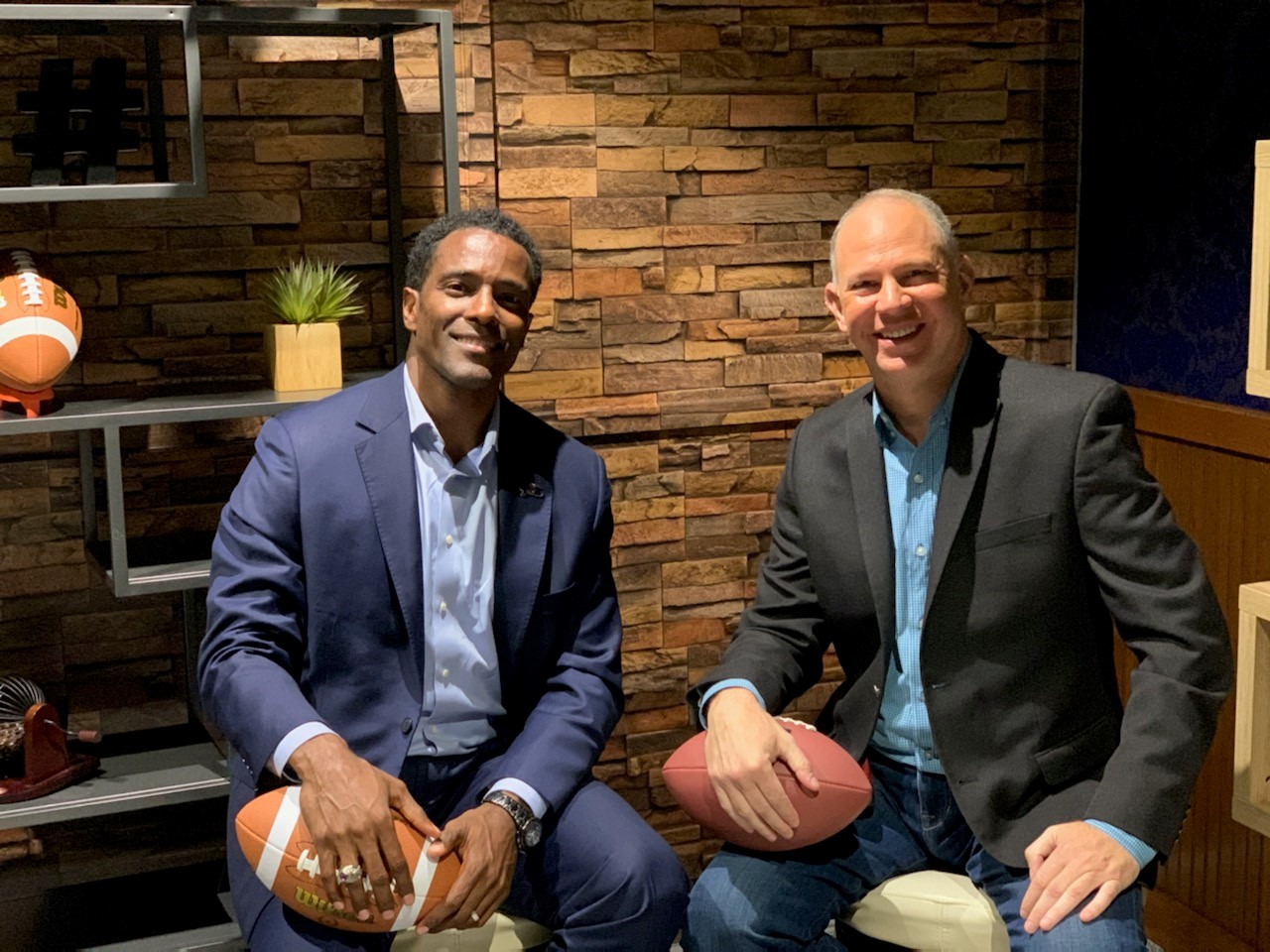 A thrilling prize, yes, and the entries have been enjoyed by Jet It and Berry who have received countless heartfelt travel tales—from a trip to an Alaskan glacier for a dogsled wedding proposal, to a 26-year-old son meeting his father for the first time in San Francisco. Others include:

"#JetItContest family and I went on a trip to southern France just to see the lavender fields but the road we needed to go on was closed...for the Tour De France! So my wife and I hiked 6 miles with the kids (1&3) to see the fields and got to see the yellow Jersey and pelton too!" - @IsaacSebourn

"GF & I hiked Machu Picchu. From there tried to board a plane to Aruba, airline didn't let us b/c we needed 'Yellow Fever Vaccination' documentation. After 3hrs of deliberations w/ gate agents, we made the next flight to Aruba where I proposed to my now fiancé. #JetItContest" - @A_Magid_56

"Most memorable trip ever was last August I was able to take 4 disabled veterans to compete in the Scottish Highland Games being the first of their class to do so. We also were able to train UK vets and compete in the Royal Games. Got to meet the Prince." - @Matthandthrows

"It's a revolutionary way to fly private," says Berry. "I've flown with Jet It and it's a fantastic experience. They are an outstanding company with an all-inclusive concierge service. I love that no matter what I ask, the answer is always 'YES!'"

On December 29, 2019, private jet company Jet It will assemble a committee of executives and pilots to choose the best travel story told in 280 characters or less. The winner will be notified from @Gojetit_ via direct message on Twitter. The winner and one guest will get to fly private anywhere in the continental United States.

"BIG thank you to @Gojetit_ for the awesome Yeti Cup and sweater (just in time for the 'cold' weather we've had here in Florida). Everyone should enter to win the grand prize: roundtrip for two in one of their aircrafts! Just tag #JetItContest with your most memorable vacation!" - @_Scully

It's an educational and branding effort for Jet It, who wants to demonstrate a more reasonable way to fly privately. Plus, with state-of-the-art HondaJet Elite aircrafts, the dream of having a private jet has never been more affordable.

"Americans love to travel and the freedom of having a private jet to go whenever and wherever they choose becomes more possible with Jet It," says Air Force F-15C fighter pilot and Jet It CEO, Glenn Gonzales. "The tweets we're receiving reinforce how life-changing travel is. We're excited to help people create lasting memories at their dream destination."

Gonzales is a United States Air Force Reserves Lieutenant Colonel who wanted to share his love of flying by making it more accessible to everyone, with a luxurious ownership program.

Exceeding expectations after just one year of providing their luxury service, Jet It has flown customers such as NFL legend Brett Favre, NASA Astronaut Buzz Aldrin, and American entrepreneur Chris Gardner, the real-life story of "Pursuit of Happyness."

Jet It is headquartered in Greensboro, NC and is owned and operated by aviators with over 40 years of experience. Jet It's service allows for customers to benefit through unique features such as the day-use model which maximizes availability and owner productivity.

"According to Gonzales, a full day allows the well-scheduled executive or family to make several stops as far as 1,600 miles apart. Think of a business trip from Greensboro to Dallas, then a stop in Nashville before taking the family down to the Bahamas for a vacation." – Richard Barron, Greensboro News & Record

CEO, Glenn Gonzales, says, "We are by far the least expensive ownership model in the industry." Jet It's 24/7 luxury concierge provides owners with an unparalleled, all-inclusive service. Owners with Jet It can write off 100% of their acquisition and business usage against their earnings for tax purposes.

Jet It Partners with HeartGift to Provide Life-Saving Heart...