WASHINGTON, Sept. 3, 2020 /PRNewswire/ -- Mandy Moore, whose character Rebecca on This is Us has drawn national attention to Alzheimer's and dementia, has agreed to be the national ambassador to the Be Brain Powerful® campaign, an effort to empower women to take control of their brain health. 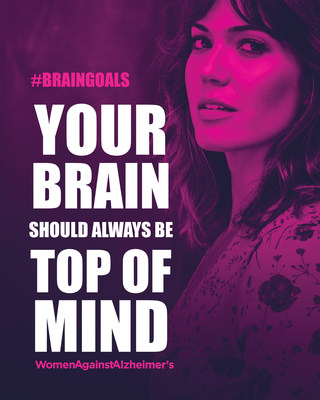 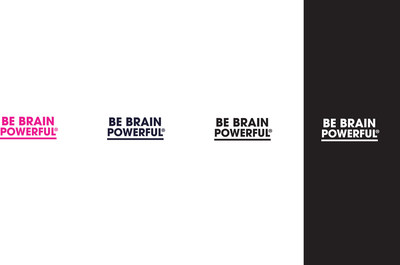 "I've learned the importance of early detection and diagnosis for Alzheimer's as I've researched for my role as Rebecca, and I'm honored to be an ambassador for Be Brain Powerful," Moore said. "Early detection doesn't happen often enough, and I'm looking forward to spreading awareness about brain health. This is the first step to break down these barriers and get these conversations started sooner with our loved ones and our healthcare provider."

The Be Brain Powerful campaign was first announced in 2018 by UsAgainstAlzheimer's, and former first lady Laura Bush serves as the Honorary Chair. The campaign arms people with the information they need to preserve and protect their brains, including a series of Brain Health Challenges designed to provide education and action steps people can take every day to care for their brains.

"Through her powerful performances on This is Us, Mandy Moore has put a face on Alzheimer's and dementia for millions of viewers," said George Vradenburg, chairman and co-founder of UsAgainstAlzheimer's. "There is no one better to be the ambassador to help women strengthen their brain health in what is becoming as important a movement for the reduction of dementia as the movement for the reduction of heart disease. As science is teaching us, what is good for the heart is good for the brain."

People can sign up for the 30-Day brain health challenge at www.bebrainpowerful.org. The campaign focuses on six pillars of brain health: Staying active, eating well, controlling risk, resting well and getting good sleep, exercising your brain with new and stimulating activities and staying connected with friends and family.

Scientific research shows that people can take action to strengthen their brain health and possibly delay or prevent dementia. New research by the Lancet Commission, released last month, estimates that 40 percent of dementia cases across the world could be prevented or delayed by addressing a dozen modifiable risk factors.

Today's announcement comes shortly after Parade featured Moore and her role on This Is Us as part of a cover story and in a joint interview with Greg O'Brien, a journalist, author and UsAgainstAlzheimer's board member. As she prepared for her role as Rebecca, Moore read O'Brien's book, On Pluto: Inside the Mind of Alzheimer's, about his experience after being diagnosed with early onset Alzheimer's at age 59.

Moore is being honored by UsAgainstAlzheimer's at its October 21st Trish Vradenburg Gala where she will receive the Bea Lerner Valor Award, which is given each year to someone who is coping with dementia or advocating on behalf of the millions of families who suffer.

About UsAgainstAlzheimer's UsAgainstAlzheimer's (UsA2) is a disruptive advocacy and research-focused organization that is pushing for expanding treatments and accelerating towards a cure for Alzheimer's disease. UsA2's transformative programming is laser-focused on proactive brain health across the lifespan and understanding what matters most across the lived experiences of those affected by Alzheimer's in the service of preventing, treating and curing this disease. We are working to ensure that all communities have their voices heard and get a chance to be brain healthy from the earliest years while building resistance against possible cognitive decline.