NORTHFIELD, Ill., July 2, 2019 /PRNewswire/ -- James Stephen Mills, co-founder and former chief executive officer of Medline Industries, Inc. passed away suddenly on July 1, 2019. He was born in Chicago on September 29, 1936, and he attended DeWitt Clinton Elementary School. The eldest child of Irving and Beatrice Mills, Jim recalled at one point that when he was a small boy with his brother Jon, "nothing was mine or nothing was his…everything belonged to our family."

Upon graduating from Senn High School, Jim attended Northwestern University and graduated in 1957 with a bachelor's of science in Business. He then served his country in the United States Army as a clerk and a typist. After his discharge, Jim continued to serve in the Army Reserve Corps for 5 ½ years, despite a self-evaluation of not being very good at being in the Army. By his own admission, he broke four pairs of glasses learning to shoot a rifle and was best when marching in a parade or carrying the company flag.

After his military service, he went to work as a sales representative first at National Cash Register and later at General Mills in Rockford, Ill. In 1960, he became a sales rep at his father's company, Mills Hospital Supply.

Jim's first marriage gave him three children, Charles, Donald and Peggy, and in 1973 he married the love of his life Victoria Krisch, bringing two daughters, Margueritte and Deidre, into the family.

In 1961, Irv Mills sold Mills Hospital Supply, and Jim and his brother Jon stayed on for five years. In 1966, the two brothers left and founded the company that today is Medline. By 1972, the business had more than $8 million in annual revenue and has continued to grow at a double digit rate annually.

In 1997, Medline was a medical supply company with more than $600 million in annual sales when Jim and Jon handed the reins to Jim's son and current CEO Charlie Mills, Jim's nephew and current company president Andy Mills, and Jon's son-in-law and current COO Jim Abrams. Jim and his brother stayed on as co-chairmen of the business that today is a healthcare company manufacturing and distributing medical supplies globally with more than $13 billion in annual sales and 23,000 employees.

Jim laid out his principles for Medline and said that "…the management of the company will run the company for the total workforce of the company, not necessarily for the shareholders or any individual." He and Vicki established the company's total focus on customer service, opening their home to customers and often having houseguests staying with them two to three nights each week for more than 25 years.

Jim established Medline's strong entrepreneurial spirit, work ethic, relentless dedication to customer service, and never-give-up attitude. He was a man who loved Orange Julius from Dairy Queen and trips to Las Vegas equally. His love of horseback riding included dreams of being a cowboy, and he was known to eat blueberry blintzes while razzing family and friends.

As Medline continued to grow, Jim remained humble and took pride in working longer and harder than anyone else. He was very philanthropic, making generous donations to Chicago Public Schools, Miseracordia, the Friends of Clinton School and established its "One Year Older, One Year Smarter" program which selects one eighth grader each year to earn a scholarship. Additionally he quietly and without fanfare often paid for both employees' and strangers' college tuition and medical bills.

In addition to his wife, Vicki, and his five children, Jim is survived by his brother and sister-in-law Jon and Lois Mills, ten grandchildren, dozens of nieces and nephews and many, many lifelong friends. Services will be held on Friday, July 5 at 1:00 p.m. at Am Shalom, 840 Vernon Ave., Glencoe with visitation to immediately follow until 5:00 p.m. In lieu of flowers, the family requests donations to a charity of your choice.

About Medline Medline is a healthcare company: manufacturer, distributor and solutions provider focused on improving the overall operating performance of healthcare. Medline works with both the country's largest healthcare systems and independent facilities across the continuum of care to provide the clinical and supply chain resources required for long-term financial viability in delivering high quality care. With the size of one of the country's largest companies and the agility of a family-owned business, Medline is able to invest in its customers for the long-term and rapidly respond with customized solutions. Headquartered in Northfield, Ill., Medline has 20,000+ employees worldwide and does business in more than 90 countries. Learn more about Medline at www.medline.com. 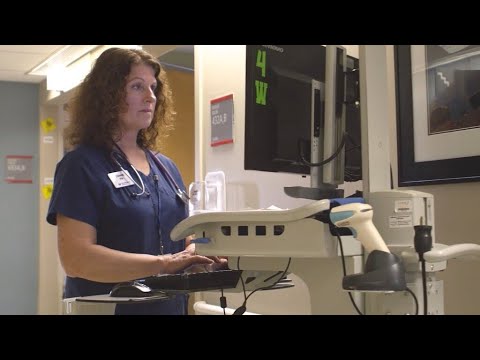