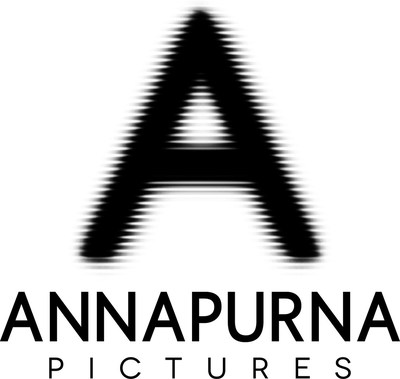 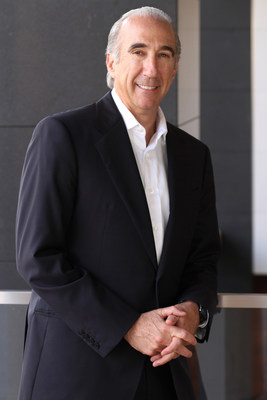 The move marks the return to U.S. theatrical distribution for MGM, and the continued expansion of Annapurna, who launched their marketing and distribution arm earlier this year. While Annapurna and MGM will share funding for the joint venture's operations, each studio will retain creative control over their individual projects. The marketing and distribution team established at Annapurna will facilitate campaigns for all MGM titles, which will be distributed under the MGM banner. Annapurna produced films will continue to be distributed under Annapurna's already established label.

As part of the agreement, MGM and Annapurna have formed a releasing entity called Mirror, to pursue theatrical releasing opportunities for third party films supported by thoughtful approaches to marketing, publicity, and distribution, while allowing creators and investors to maintain individuality and their brands.

Barber said, "We could not be more excited about the start of our new partnership and look forward to working with Megan and the incredibly strong management team that she has built. MGM has successfully grown its operations over the last seven years, but we have been reliant upon our co-production partners to theatrically release our films. The time has come for MGM to regain control of its own destiny and return to U.S. theatrical distribution. This efficient distribution model enables us to retain more distribution rights to our feature film releases and create additional revenue opportunities for MGM."

"We are thrilled to expand our relationship with Gary and the entire MGM team," said Ellison. "MGM's distinguished legacy and library of films has made them a pillar in the industry and I couldn't be more proud and confident in our team's ability to collaborate on the distribution of their upcoming slate."

Through this joint venture, MGM expects to release a slate of approximately six to eight films per year beginning with Eli Roth's re-imagining of the classic 1974 revenge thriller Death Wish, starring Bruce Willis which will be released March 2, 2018; the musical adaptation of the 1983 romantic comedy Valley Girl, directed by Rachel Goldenberg and starring Jessica Rothe, Josh Whitehouse and Mae Whitman, will be released on June 29, 2018; Fighting With My Family, a comedy-drama written and directed by Stephen Merchant, based on the true personal story of WWE Superstar Paige™ and her family of professional wrestlers, starring Florence Pugh, Vince Vaughn and Dwayne Johnson, will release in U.S. theaters on September 14, 2018; Creed 2, a continuation of the Rocky saga, starring Golden Globe Winner and Academy Award nominee Sylvester Stallone and Michael B. Jordan, will be released in partnership with Warner Bros. Pictures on November 21, 2018. Next year, MGM will also theatrically release Nasty Women, based on the original 1988 comedy Dirty Rotten Scoundrels, starring Rebel Wilson, Academy Award winner Anne Hathaway and Tony Award winner Alex Sharp, as well as the thriller Operation Finale, directed by Chris Weitz and starring Golden Globe Winner Oscar Isaac and Academy Award Winner Ben Kingsley.

Worldwide distribution plans for the 25th installment of the long-running James Bond franchise, produced by Michael G. Wilson and Barbara Broccoli, will be announced at a later date.

Annapurna expects to release a slate of approximately four to six films per year including, Richard Linklater's film adaptation of Maria Semple's dramedy best-selling novel Where'd You Go, Bernadette; Barry Jenkins' If Beale Street Could Talk, adapted from the beloved James Baldwin novel; The Sisters Brothers, based on Patrick deWitt's acclaimed novel of the same name and Jacques Audiard's follow-up to his Palme d'Or winning Dheepan; and Adam McKay's Untitled Dick Cheney Project, which details the career of Dick Cheney and his rise to becoming the most powerful vice president in history.

MGM's 2018 film slate also has titles that will be released through its existing studio partners, including the action-packed Tomb Raider, starring Academy Award-winner Alicia Vikander as Lara Croft with Warner Bros. Pictures on March 16; the animated Sherlock Gnomes, voiced by Johnny Depp, James McAvoy and Emily Blunt, with Paramount Pictures on March 23; and Overboard, a comedy starring Mexican comedy star Eugenio Derbez and Anna Faris, with Pantelion Films on April 20.

Metro-Goldwyn-Mayer (MGM) is a leading entertainment company focused on the production and global distribution of film and television content across all platforms. The company owns one of the world's deepest libraries of premium film and television content as well as the premium pay television network EPIX, which is available throughout the U.S. via cable, satellite, telco and digital distributors.  In addition, MGM has investments in numerous other television channels, digital platforms and interactive ventures and is producing premium short-form content for distribution. For more information, visit www.mgm.com.

Annapurna Pictures, founded by Megan Ellison, focuses on creating sophisticated high-quality content that is critically and commercially conscious while still appealing to a diverse audience. Annapurna's vision is to put filmmakers and artists first and preserve their authentic creative voices no matter the genre or medium.  In the last 5 years since the company's inception, Annapurna has garnered a total of 32 Academy Award nominations for its projects, including Zero Dark Thirty, Joy, The Master, Foxcatcher, and The Grandmaster. Megan Ellison is also one of only four honorees ever to receive two Best Picture Academy Award nominations in the same year, with Her and American Hustle both earning nods.