SAN FRANCISCO, June 28, 2018 /PRNewswire/ -- In 2015, there were more than 6.3 million car accidents reported that involved property damage1 with insurance fraud accounting for 10 percent of property/casualty claims processed2. While not every accident resulted in an insurance claim, those that did required extensive effort to be verified manually. To help automate the process and to fight against fraud which contributes to rising insurance rates, Metromile, the leader in pay-per-mile car insurance in the U.S., staged the world's slowest car crashes to generate data and used a machine learning technology to help spot fraud more quickly. 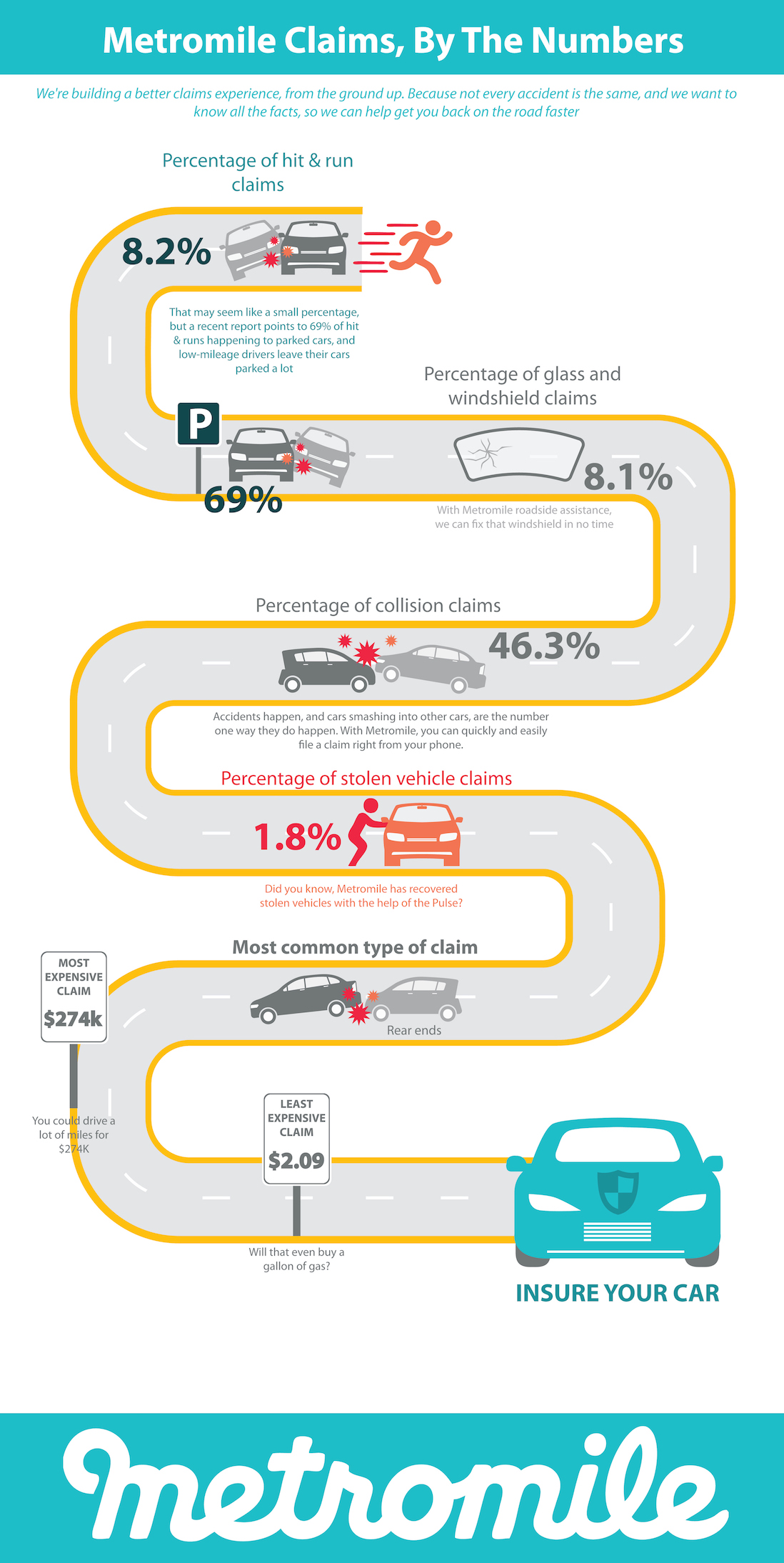 "With machine learning technology, our team will be able to better prevent insurance fraud and assist customers with hard-to-prove but common claim types, like hit-and-run collisions, car theft, and rear-ends," said Paul Anzel, a Data Scientist at Metromile.

Crashing cars at roughly five miles per hour, Metromile's Data Science Team recreated a variety of slow speed events like fender benders and hit-and-run collisions. Each test vehicle was equipped with a Pulse device, a small GPS-enabled device that plugs into the OBD-II port, to record sensory data, to generate the digital First Notice of Loss (FNOL) and capture accident details. The team then used the data captured by the Pulse device to teach AVA, Metromile's artificial intelligence (AI) claims system, to detect and analyze crash events.

Not wanting to keep the crash test fun and learning all to themselves, Metromile produced two videos highlighting the overall process, data collection, technology and science that went in to testing. The insurer also released "Metromile Claims, By the Numbers" a visual overview of the claims that were resolved by the brand in 2017. The videos include:

Metromile also produced a collection of video shorts to help bust some of the myths surrounding accident claims. The series, titled, "Metromile: Myth v. Fact," can be found on Metromile's YouTube channel and include:

About MetromileMetromile is revolutionizing car insurance through technology with its pay-per-mile insurance model. By offering affordable car insurance, transparent pricing based on the miles you actually drive, data to optimize how you use your car, and instant access to detailed vehicle diagnostics via the driving app, Metromile is building the future of insurance.

Metromile, Metromile logos, AVA and other service names are the trademarks of Metromile, Inc. and/or its affiliates.