LOS ANGELES, Oct. 19, 2020 /PRNewswire/ -- Today, hip-hop anti-hero MF DOOM and Rhymesayers Entertainment announce an innovative partnership with Illust Space to deliver augmented reality masks just in time for Halloween. The enigmatic rapper is stepping into the realm of digital collectibles, teaming up with Illust Space to make a splash in the decentralized finance and art market with a collection of augmented reality masks minted on the blockchain.

Sign Up for More Information on the Auction HERE

MF DOOM's augmented reality masks will be accessible at an auction, set to go live in two separate "Drops", the first auction starts on October 23, 2020 and the second auction starts on October 28, 2020 on the Illust Space auction platform. There will be a total of 11 masks available for auction, with eight masks in two variants for drop 1, and three more masks in two new variants for drop 2. Collectors will be able to buy, sell, and trade as well as project the augmented reality masks into the "real world" through Illust Space's web application and participating partnerships. See below for more information on this cutting-edge collaboration.

Sign up for more information on the auction here:  https://app.illust.space/

"This collaboration with MF DOOM represents a tipping point for augmented reality, the NFT market, and the ubiquitous digital layer that is a battleground for big tech," says Rob McCarty, Co-Founder and CEO of Illust Space. "With Snap, Instagram, Niantic, Adobe, Microsoft, Alphabet, and Apple fighting for augmented reality platform dominance, the least we can do is ensure an equitable system for artists to create, sell, and track their work."

More about MF DOOM:One of hip-hop's most beloved anti-heroes, the ever-inventive MF DOOM (often referred to as simply DOOM) has received widespread praise for his sharp, candid rhymes, as well as his choppy, sample-heavy production style. Initially known as Zev Love X, a member of the short-lived but influential Golden Era rap group K.M.D, the MC/producer born Daniel Dumile re-emerged at the end of the '90s with a persona and logo patterned after the Marvel Comics super villain Dr. Doom. He reinforced his enigmatic persona by donning an elaborate iron mask during all of his public appearances, in addition to occasionally hiring stand-ins for his performances. MF DOOM's music has been described as, "the fine line between insanity and genius". Unconventional, abstract, unorthodox; these words merely scrape the surface of defining his approach musically, conceptually, even rhythmically. MF DOOM is the living personification of Hip-Hop as an act of rebellion.

About Illust Space: Illust Space is a platform agnostic gateway for artists, technologists, idealists, and pragmatists to populate the "immersive layer" with art and culture. Using its proprietary blockchain auction and minting platform "Hash the Mesh", Illust Space is offering augmented reality artists the opportunity to publish and track provenance of their 3D art across video games, apps, social media networks, galleries, metaverses, and amongst the emerging class of digital art collectors. 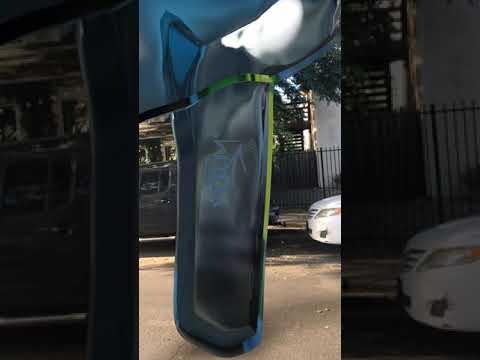