NASHVILLE, Tenn., Nov. 17, 2021 /PRNewswire/ -- Heaven's Door™ Spirits, co-created with Bob Dylan, announces a new whiskey release in partnership with hospitality leader MGM Resorts International. Aptly named the "777 Blend" in tribute to the company's iconic casino resorts, the limited-edition offering is an extension of the ongoing collaboration between Bob Dylan and MGM National Harbor, which currently houses one of his custom art pieces. The whiskey is now available at the Maryland resort and MGM Resorts' Las Vegas properties including Bellagio, ARIA, MGM Grand, Park MGM, Mandalay Bay and The Mirage. 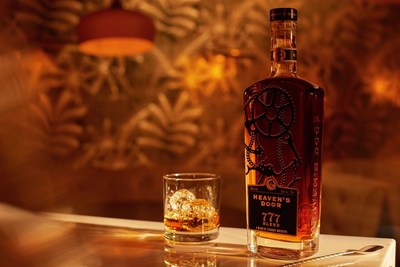 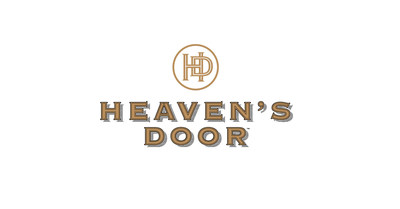 "This partnership is a natural continuation and celebration of Bob Dylan's 'Portal' gate at MGM National Harbor, and we're honored to have collaborated with their team to bring this new offering to life," said Heaven's Door Master Blender Ryan Perry. "We're bringing fans an exclusive new whiskey that's a true representative of our brand's dedication to celebrating music, whiskey and art and look forward to continuing crafting new liquids and forging unique partnerships that give them an experience you can't find elsewhere."

MGM Resorts Chief Hospitality Officer Ari Kastrati said, "As an industry leader in hospitality and entertainment, we always seek to deliver exceptional experiences. This collaboration provides our guests, as well as fans and followers of Heaven's Door, a once-in-a-lifetime opportunity to taste a rare blend made with Mr. Dylan's exceptional whiskey collection and it has been an absolute pleasure."

The 777 Blend is best enjoyed neat, on the rocks, or with a splash of water, and features the following characteristics:

Heaven's Door's portfolio of whiskeys is available nationwide and online via Reservebar.com/collections/heavens-door. For more information about the brand visit www.heavensdoor.com or engage with the brand on Instagram, Facebook or Twitter.

About MGM Resorts International:MGM Resorts International (NYSE: MGM) is an S&P 500® global entertainment company with national and international locations featuring best-in-class hotels and casinos, state-of-the-art meetings and conference spaces, incredible live and theatrical entertainment experiences, and an extensive array of restaurant, nightlife and retail offerings. MGM Resorts creates immersive, iconic experiences through its suite of Las Vegas-inspired brands. The MGM Resorts portfolio encompasses 31 unique hotel and destination gaming offerings in the United States and Macau, including some of the most recognizable resort brands in the industry such as Bellagio, MGM Grand, ARIA and Park MGM. The Company's 50/50 venture, BetMGM, LLC, offers U.S. sports betting and online gaming through market-leading brands, including BetMGM and partypoker. The Company is currently pursuing targeted expansion in Asia through the integrated resort opportunity in Japan. Through its "Focused on What Matters: Embracing Humanity and Protecting the Planet" philosophy, MGM Resorts commits to creating a more sustainable future, while striving to make a bigger difference in the lives of its employees, guests, and in the communities where it operates. The global employees of MGM Resorts are proud of their company for being recognized as one of FORTUNE® Magazine's World's Most Admired Companies®. For more information, please visit us at www.mgmresorts.com. Please also connect with us @MGMResortsIntl on Twitter as well as Facebook and Instagram.

About Bob Dylan:Bob Dylan is generally regarded as one of the world's most influential and groundbreaking artists. In the decades since he first burst into the public's consciousness via New York City's Greenwich Village folk music scene in the early 1960s, Bob Dylan has sold more than 125 million records and amassed a singular body of work that includes some of the greatest and most popular songs the world has ever known.  He continues to traverse the globe each year, performing more than 100 concerts annually in front of audiences who embrace his new material with the same passion as his classic output.  In recent years, his work as an author and visual artist has further burnished his popularity and acclaim; a worldwide best-selling memoir, Chronicles Vol. 1, spent 19 weeks on the New York Times Best Seller List, in 2004, and several major exhibitions of his paintings and iron gates have been shown in recent years at some of the world's most prestigious museums and galleries.

Bob Dylan's contributions to our culture have been recognized with numerous honors and accolades.  In December 2016, he was awarded the Nobel Prize for Literature by the Swedish Academy "for having created new poetic expressions within the great American song tradition."  In 2012, he was awarded America's highest civilian honor, the Presidential Medal of Freedom, by President Barack Obama. In addition to winning 11 Grammy Awards, Dylan has achieved six entries in the Grammy Hall of Fame, which honors recordings of "qualitative or historical significance" at least 25 years old.  Bob Dylan recently released his 38th studio album, a triple-album set aptly titled, Triplicate.