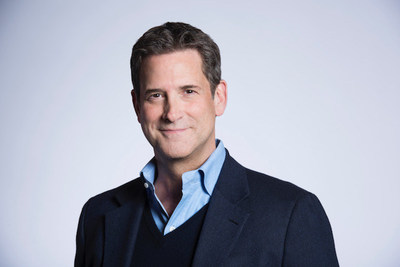 Wright was previously the Chief Executive Officer of Steven Spielberg's Amblin Partners, a content creation company he helped launch in 2015. Under Wright's leadership, the company most recently released the hit films The Girl on the Train, Office Christmas Party and A Dog's Purpose, and prepared the upcoming films The Post, Ready Player One, and The House with a Clock in its Walls, starring Jack Black and Cate Blanchett. Prior to joining DreamWorks Studios in 2014, Wright was President, Head of Programming for TBS, TNT, and Turner Classic Movies (TCM). During Wright's tenure at Turner, he led TNT and TBS to the top of the cable charts for 10 straight years. Wright programmed some of the biggest hits on cable television, with commercial and award-winning success across all the networks, including the record setting and acclaimed series The Closer, Into the West, Southland, Men of a Certain Age and Falling Skies for TNT, and Conan, My Boys, Cougar Town and Angie Tribeca for TBS. For TCM, Wright oversaw the development and production of the Emmy nominated documentary Moguls and Movie Stars: The History of Hollywood, the acclaimed TCM: A Night at the Movies franchise, and the Emmy winning AFI: Lifetime Achievement Award specials.

Barber said, "We are thrilled to welcome Michael into the MGM family.  His television industry experience and creative instincts are the perfect combination to help us execute on our original content strategy for EPIX and drive additional value creation for MGM overall."

"EPIX, under MGM's ownership, is strongly positioned to excel as a provider of engaging, entertaining original content. This is an exciting time in our business, and I'm looking forward to working with Gary, the EPIX and MGM teams, to bring the best storytelling voices to the network and move EPIX into the next phase of its growth," said Wright.

Earlier this year, MGM completed the transaction to acquire the balance of EPIX, adding a premier distribution platform to its growing pipeline of new film and television content and robust library.  MGM Television is currently in production in Montreal on its second series for EPIX, The Truth About the Harry Quebert Affair, based on the bestselling novel by Joël Dicker, starring Patrick Dempsey in his return to television, Ben Schnetzer, Virginia Madsen and Damon Wayans Jr.  Early next year, MGM Television will begin production on the second season of Get Shorty, based in part on the 1990 best-selling novel of the same name by Elmore Leonard, starring Ray Romano and Chris O'Dowd. EPIX programming also includes the critically acclaimed series Berlin Station and Golden Globe nominated Graves, award winning docu-series America Divided with executive producers Norman Lear and Jesse Williams, Danica, about racing superstar Danica Patrick, plus thousands of movies including big franchises James Bond, Rocky, Star Trek and more.

About Metro-Goldwyn-Mayer Metro-Goldwyn-Mayer (MGM) is a leading entertainment company focused on the production and global distribution of film and television content across all platforms. The company owns one of the world's deepest libraries of premium film and television content as well as the premium pay television network EPIX, which is available throughout the U.S. via cable, satellite, telco and digital distributors.  In addition, MGM has investments in numerous other television channels, digital platforms and interactive ventures and is producing premium short-form content for distribution. For more information, visit www.mgm.com.

About EPIX EPIX, an MGM company, is a premium pay television network, delivering the latest movie releases and biggest classic film franchises, plus original programming including series, documentaries, comedy and music specials – all available on TV, on demand, online and across devices. Launched in October 2009, EPIX became profitable in its first year of existence and was the fastest growing premium network over the past five years. A pioneer in the development and proliferation of "TV Everywhere," EPIX was the first premium network to provide multi-platform access to its content online at EPIX.com and to launch on Xbox, PlayStation®, Android phones and tablets, and Roku® players. EPIX is also available across hundreds of consumer devices including Apple TV, iPhone and iPad, TiVo, Chromecast, Android TV, delivering more movies than any other network with thousands of titles available for streaming. The premium network is offered nationwide through cable, satellite, telco and digital distributors. For more information about EPIX, go to www.EPIX.com. Follow EPIX on Twitter @EpixHd (http://www.twitter.com/EpixHD) and on Facebook (http://www.facebook.com/EPIX), You Tube (http://youtube.com/EPIX), Instagram (http://instagram.com/EPIX) and Snapchat @EPIXTV.