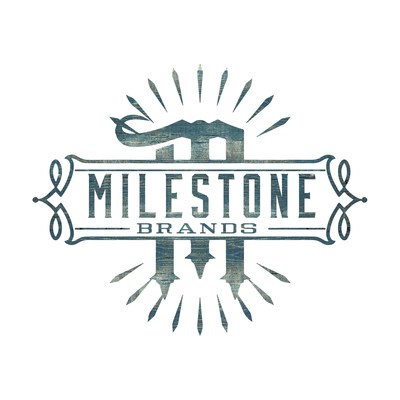 "We are thrilled to bring Campo Bravo Tequila into the Milestone Brands family. We felt a strong passion from our new partners at Grupo PSA as well as to the brand attributes of the Camp Bravo Tequila brand and its roots.  Campo Bravo is made by agave farmers who've spent their lives working on perfecting both agave and tequila.  It is truly a brand that over-delivers in quality, packaging and value," states Founder and C.E.O. of Milestone Brands, Eric Dopkins. The tequila category continues to be one of the fastest growth categories in spirits, growing double digits in 2019.

Campo Bravo (40% ABV, 80 Proof), meaning "Brave Field", was created by fifth generation agave growers that developed a vertically-integrated, 100% Blue Weber tequila. The farmers sought to control the quality of the agave from the earth to the bottle, thus creating a tequila steeped in tradition, but designed for modern tequila drinkers. Campo Bravo will be available in Plata (silver) and suggested retail price will range from $19.99 – $21.99. On the nose, the tequila has vanilla aromas with a hint of white chocolate. On the palate, consumers can expect herbal tones and spices such as black pepper that elegantly integrate citrus flavors of lemon and grapefruit. Campo Bravo offers a unique tequila taste that works well for shots, the classic margarita or simple mixology at home. The bottle, designed by Stranger & Stranger, incorporates modern Mexican design with an intricate label that features a howling wolf.

"We are thrilled about our future partnership with Milestone Brands and our joint venture with Campo Bravo's future in the U.S.," stated Roberto Cipres, Founder and President of Grupo PSA, a leading global producer of agave nectar.

Campo Bravo will launch nationally in January 2020 and has already gained commitments from retailers like Walmart, Publix, Twin Liquors, Raley's Supermarkets and many others.