The ten gamers will do battle in real-life and virtual competitions to decide who will earn a full-time real-world race seat valued at more than US$1million. The World's Fastest Gamer winner will compete at some of the most famous tracks in the world in 2020.

The virtual competitions will be raced aboard the Allinsports eRacer gaming rig – a US$30,000 esports cockpit that will also soon be driven by a fan of the World's Fastest Gamer competition.

A social media competition run on the World's Fastest Gamer Facebook, Twitter, and Instagram channels will provide one fan with their very own Allinsports eRacer rig.

The social media competition will commence on Sunday, August 18 and run for seven days – coming to a close to coincide with the World's Fastest Gamer qualifying race on the rFactor2 sim racing platform.

"The quality of the hardware on the eRacer system is incredible – the wheel, the seat, the pedals – the entire package," said Cox. We'll use these gaming rigs for our ten finalists to help us discover who is this year's World's Fastest Gamer. I'm hoping that our social media winner will use this amazing tool to go on to challenge for a position in next year's competition."

Allinsports was founded by Formula 1 engineers who worked at the highest level of this pinnacle of motorsport. Since 2008, when track testing was almost totally restricted, AIS entered into the professional driver training industry on a full-time basis.

Over the past eight years, thousands of hours of development and driver training have been carried out to create the Allinsports eRacer.

"We have major teams around the world using our professional simulators daily, and we're hoping our partnership with World's Fastest Gamer will play a key role in helping these young gamers make the transition from virtual to reality," said AIS President, Anton Stipinovich.

In addition to manufacturing simulators from its base in Italy, Allinsports also now have a simulator centre in Miami, which is regularly used by professional drivers including World's Fastest Gamer judge, Juan Pablo Montoya.

Potential finalists are now chasing the chance to race their way into the World's Fastest Gamer finals via the rFactor2 sim platform.

An online time trial is taking place on the Sebring International Raceway course through to August 18. The top 20 racers will then do battle in the live-streamed 40-minute race on August 24 to decide the rFactor2 qualifier who will contest the World's Fastest Gamer Grand Final.

About Millennial Esports Corp.Millennial Esports Corp. (MEC) recently restructured its business and leadership team. MEC now focuses exclusively on two areas – esports racing and esports data provision. With publishing, IP, content, and data expertise in its portfolio, combined with a new board and management team, MEC is ready to lead the rush to profitability in the esports industry. 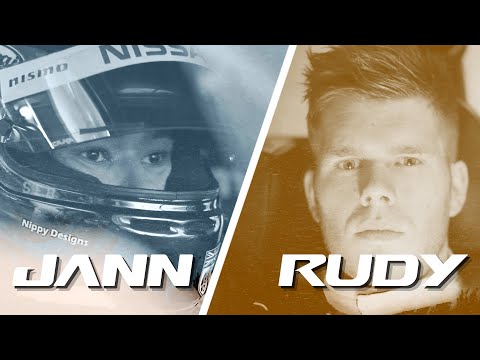