SHANGHAI, March 11, 2019 /PRNewswire/ -- Mollybox, a leading pet food brand run by Xolo (Cayman) Limited, announced that it has secured a total of $13 million in its Series B financing round, co-led by DCM and Mars backed venture capital Digitalis. Other strategic partners and investors involved in this round include Unity Ventures, Digitalis Ventures, Seek Ventures, FJ Labs, Tekton Ventures, and Long Capital, making Mollybox one of the most promising pet food brands with broad belief in its potential for a surge in growth this year. 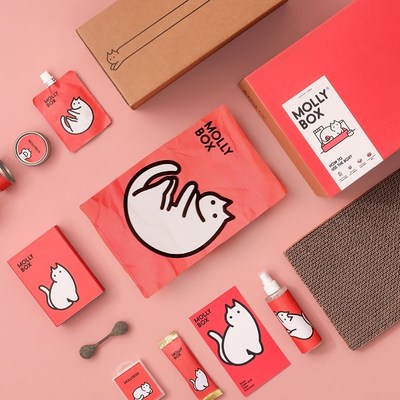 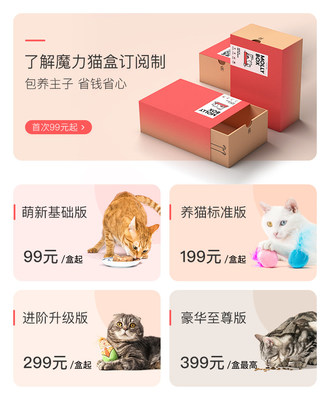 Mollybox has developed a unique business model in China's pet food sector by introducing a subscription-based service. Often referred to as the Chinese equivalent of BarkBox, Mollybox not only provides cat litter and cat food but also sends cat owners a "Surprise Box" every month filled with various kinds of cat snacks and nutrition products to fulfill consumers' pursuit in exploring new products.

"We are very proud at the confidence that our investors, both old and new alike, have shown in the promise of our company," said Ju Yi, founder and CEO of Mollybox. The strength of our business model has driven growth that has outpaced the overall pet food industry. Our highest monthly turnover in 2017 was RMB 1.8 million, but this number jumped to RMB 20 million in 2018.

"With the continued trend of urbanization in China, our prospects continue to be very good. Young people are flocking to cities, and when they do so they leave friends and family behind. They become lonelier, and more and more of these young people are starting to keep pets. This is a good environment in which a subscription-based service can expand its business."

The company has thus quickly gained market share. It served less than 2,000 subscribers in 2017, but now has a total of 30,000 who are receiving its products. "After enabling the AutoPay feature, we expect to achieve a user base of 200,000 subscribers in 2019 with the total sales income reaching RMB 330 million," said Ju YI.

As Mollybox has developed its user experience and products, the company has seen a surge in growth, which tracks the continuing 20-year trend of urbanization, with young people flocking to cities for eduaton and jobs. Its success is highly connected to China's rising pet market. And continued success will require a focus on affordability and convenience have become priorities when it comes to pet-related consumption.

In addition to its focus on price and service, Mollybox is constantly studying the market. Every time it sends out a box, the company collects feedback from consumers to better understand the preferences of their cats so that the brand will be able to assemble a mix of products that best suits them next time.