Under the direction of new President and CEO, Darren Cox, Millennial Esports Corp has refocused its attention on esports racing and data provision. 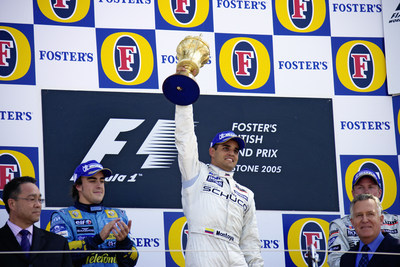 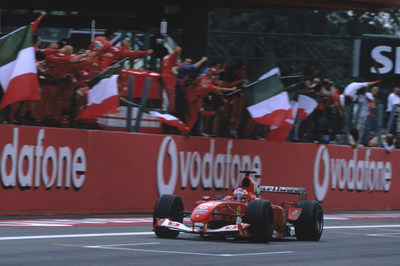 Millennial Esports recently launched the second season of World's Fastest Gamer, which provides the winner with a full season of GT racing in 2020.

New investor Barrichello holds the record for the most Formula 1 race starts in history (326). He scored 11 F1 race wins and currently competes in the Brazilian Stock Car Championship – sitting fourth in the 2019 points with three race wins to his credit.

"I followed Darren Cox's previous success in the esports racing world with GT Academy. I race online all the time and see the size and passion of the community," said Barrichello.

"I also know the appetite for sponsors to get involved in esports racing, but there are not many credible opportunities. I looked at Millennial Esports' current and future projects and felt that this was a turning point for the industry, and I wanted to be fully involved."

"I have raced online for many years and recently took a role as a judge for Millennial Esports' 'World's Fastest Gamer' competition," Montoya said.

"I saw the strength of the team behind it and decided that I should be more involved. Esports racing is enjoying a huge rise in interest through programmes such as World's Fastest Gamer, F1 Esports, and NASCAR's esports competitions. Up until now, there was not a simple way to invest in the space; Millennial Esports has opened up that opportunity."

By gathering assets and expertise in the racing and esports space, Millennial Esports has now provided a way for motorsport fans to invest and participate in this growth market.

Montoya and Barrichello are the first two names appointed to a special advisory board operating under the direction of new CEO and industry veteran Cox.  Their appointment is part of Millennial Esports' new business plan launched by Cox, a former global motorsport director with Nissan.

"We are refocusing Millennial Esports into a business that concentrates on two big untapped opportunities within esports - motorsport and data provision," Cox said.

"Having Juan Pablo and Rubens fully involved in the business will bring even more insight and credibility to our group and team."

The Montoya/Barrichello group's investment was part of non-brokered private placement of convertible debentures. Millennial Esports announced on August 9, 2019 that it has raised a total of US$15,000,000 in three tranches. The Montoya/Barichello group invested as part of the US$5,342,000 second tranche that closed on July 25, 2019.

About Millennial Esports Corp.Millennial Esports Corp. (MEC) recently restructured its business and leadership team. MEC now focuses exclusively on two areas – esports racing and esports data provision. With publishing, IP, content, and data expertise in its portfolio, combined with a new board and management team, MEC is ready to lead the rush to profitability in the esports industry.