NEW YORK, Feb. 10, 2020 /PRNewswire/ -- This month, United is taking Kosher cuisine to new heights by introducing a variety of new options for customers traveling between the U.S. and Tel Aviv, from the airline's Newark / New York, San Francisco and Washington, D.C. / Dulles based hubs. These exciting menu additions include popular choices from several leading Kosher food and beverage brands and reflects United's commitment to elevate the travel experience for our customers. 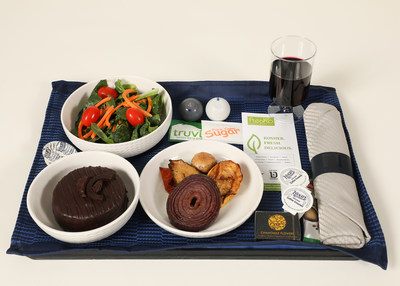 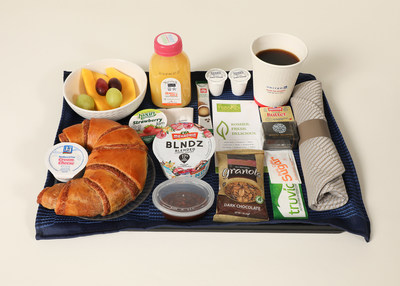 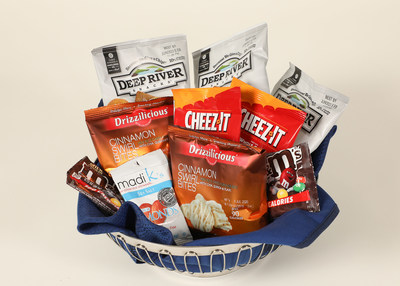 "We are thrilled to expand our already high-quality Kosher culinary choices to include new options we know our customers will love," said Charlean Gmunder, United's vice president of Catering Operations. "We know our customers and listen to their feedback and all of these new menu items – from savory new snacks to wonderful wines – are the result of our on-going efforts to exceed customer expectations. We will continue to embrace suggestions as well as seek out ways to create the best possible onboard dining experience for everyone we proudly serve."

Partnering with New Jersey-based fresh food provider Fresko, meals on the Newark to Tel Aviv flight will feature an entirely new menu. Options will include dishes such as fresh bagels, a cheese omelet, blintzes, chicken marsala, a kale quinoa burger and traditional bakery items like rugelach and black and white cookies.

As part of the introduction of these new dining options, United is also testing a menu offering for its youngest customers – a Kosher child's meal in all cabins between Tel Aviv, Newark and San Francisco. If the testing is successful, the airline will roll out the meal selection on additional Tel Aviv routes.

For those customers traveling in Polaris and United Premium Plus, additional dining enhancements can be found in the all Kosher snack choices for mid-flight enjoyment. The new offerings include Deep River Potato Chips, Cheez-It® crackers, Drizzilicious Cinnamon Swirl crisps, Madi K's Almonds and M&M'S®.

New beverage options will include Kosher wine provided by Royal Wine, another New Jersey-based company, which includes Herzog Lineage Cabernet Sauvignon and Herzog Lineage Sauvignon Blanc throughout the Polaris cabin. Additionally, building on the airline's partnership with Illy coffee, United is upgrading its Kosher coffee to provide both regular and decaf Illy coffee within all cabins over the next several months.

Part of the Kosher expansion includes the airport experience where United is testing the addition of a hot Kosher à la carte meal option in the Newark Polaris Lounge to complement the already featured Kosher wines. Additionally, at both the Polaris lounge and United Clubs in Newark and LaGuardia Airports the offerings will include Kosher packaged snacks upon request.

United continues to strengthen its commitment to its customers, looking at every aspect of its business to ensure that the carrier keeps customers' best interests at the heart of its service. In addition to today's announcement, United recently:

United's shared purpose is "Connecting People. Uniting the World." We are more focused than ever on our commitment to customers through a series of innovations and improvements designed to help build a great experience: Every customer. Every flight. Every day. Together, United and United Express operate approximately 4,900 flights a day to 362 airports across six continents. In 2019, United and United Express operated more than 1.7 million flights carrying more than 162 million customers. United is proud to have the world's most comprehensive route network, including U.S. mainland hubs in Chicago, Denver, Houston, Los Angeles, New York/Newark, San Francisco and Washington, D.C. United operates 791 mainline aircraft and the airline's United Express partners operate 581 regional aircraft. United is a founding member of Star Alliance, which provides service to 195 countries via 26 member airlines. For more information, visit united.com, follow @United on Twitter and Instagram or connect on Facebook. The common stock of United's parent, United Airlines Holdings, Inc., is traded on the Nasdaq under the symbol "UAL".

A Message From Oscar Munoz and Scott Kirby...

United Reinstates Some International Flights Across the Globe to...

More than a 'Nosh' - United Airlines Expands Kosher Culinary Choices for Customers Traveling Between the U.S. and Tel Aviv